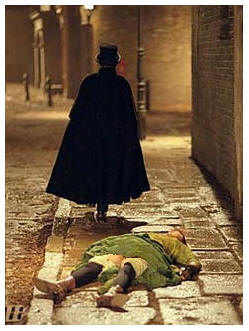 Back in May, when I promoted Ann McElhinney and Phelim McAleer in their heroic effort to crowd fund a movie about abortionist/serial killer Kermit Gosnell, I did not expect that I was going to end up writing it! But according to what I read in The Hollywood Reporter, that’s how it has shaken out:

The TV movie or feature film about imprisoned abortion doctor Kermit Gosnell has hired as its writerAndrew Klavan, a bestselling novelist whose book True Crime was made into a movie starring and directed by Clint Eastwood.

Those behind the Gosnell project set a record at Indiegogo in May by raising more than $2.1 million via a crowdfunding campaign. Klavan is expected to use gruesome details from a grand jury report to craft the story of Gosnell, who was convicted of murder after killing live babies born at his Philadelphia abortion clinic.

“As I’ve begun to get into the research materials, it’s started to come home to me that we’ve all taken on a huge responsibility,” Klavan said. “The women who were brutalized by this Gosnell monster — they can tell their stories. But all his victims, all those babies — we’ve got to figure out a way to speak for them somehow.”

Klavan also wrote Don’t Say a Word, which was made into a movie starring Michael Douglas, and he authored a series of young-adult novels called The Homelanders. He also has written opinion articles for several newspapers, including a controversial piece in The Wall Street Journal that compared Batman as portrayed in The Dark Knight to President George W. Bush.

The producers of Gosnell, husband and wife Phelim McAleer and Ann McElhinney, along with Magdalena Segieda, have made their case that their independent movie is necessary because the mainstream media and traditional Hollywood has largely ignored Gosnell and his crimes, and Klavan agrees.

I do indeed, and I’m very excited to be part of this project. Phelim and Ann are top-notch filmmakers and people, and it’s a genuine pleasure to be working with them on a story of this importance.