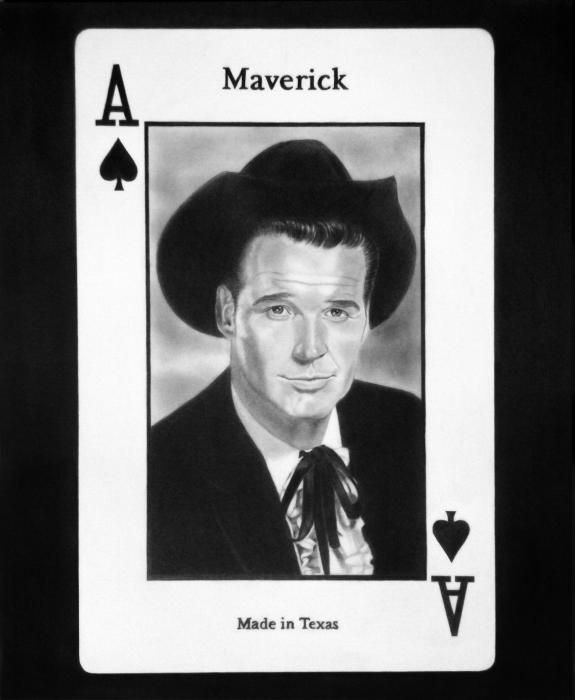 I know: with the Obama presidency unraveling in a disaster for America and the world, it seems absurd to waste a blog post on the death of actor James Garner. But bear with me. This is a blog on the culture. It was the culture, dominated by leftists, that helped make this catastrophic presidency possible. Garner’s death underscores part of what went wrong.

The star of the ’50s TV western Maverick and the ’70s private eye show The Rockford Files died at 86 over the weekend. He was a wonderfully charming and entertaining actor who made some fine movies (The Great Escape, The Americanization of Emily) but was only truly a star on the small screen. In this, he resembled two other favorites of mine, David Janssen, who starred in The Fugitive and Harry O and Darren McGavin, who starred in Mike Hammer, The Outsider, and The Night Stalker.

I’m not sure — no one’s really sure — what made an actor more suitable for the small screen rather than the movies back in the day, or why some could move comfortably between one and the other. Garner, Janssen and McGavin all had a limited range and a set number of out-sized mannerisms. But that was true of John Wayne and Clint Eastwood too, two of the biggest movie stars of all time. Maybe something about Garner and the others was just more recognizable and knowable and human than what we saw in movie stars when there actually were movie stars. Wayne, Eastwood — even more actorly stars like Brando and Pacino — all had something huge and iconic about them. No matter how well they played their parts, they were always more personae than persons. You could imagine hanging out with Garner. You could only dream about being John Wayne.

But there was something else about Garner that was memorable. Something about Garner and Janssen and McGavin, all three. They all played mavericks, men alone; they all put the private in private eye. Garner’s Maverick was a cowboy who didn’t like guns and horses, who lived by his gambler wits. His Rockford (whom even he admitted was basically the same character updated) was an ex-con loner who solved crimes on a shoestring out of a trailer near the beach. Janssen’s PI Harry O was also a beach-based loner, and McGavin’s detective David Ross in the Outsider was also a wrongly convicted ex-con at odds with society, as the title told. There were other private eyes in their joint repertoire: Janssen was Richard Diamond, McGavin was Mike Hammer. And Janssen as fugitive Richard Kimble played the ultimate loner, a wanted man on the run.

Nothing like these characters exists on television nowadays. I don’t say that out of nostalgic grumpiness but as a matter of fact. You cannot pitch a private eye show to the networks. I’ve tried it. You can’t even get in the door. We’re not doing private eyes, they’ll say. Ray Donovan, on the entertaining eponymous Showtime show, is the closest thing there is and he’s not really a good guy, plus he’s so rarely shown at his work that I’ve begun to wonder exactly how he pays for that house in Calabasas. Everywhere else, when it comes to heroes, it’s almost all cops, and state and federal agents or their cutely off-beat consultants; doctors, lawyers. Officials basically. Government workers or professionals. Accepted members of society.

I pointed out here once that the show House jumped the shark in a two hour episode in which the rebellious and drug-addicted lead character goes into a mental hospital and is taught to conform, attend therapy and take his meds like a good fellow. As I said at the time, the show was the mirror image of the ’60s novel and ’70s film One Flew Over the Cuckoo’s Nest which stipulated that, no, the madmen were actually the ones running the asylum, the authorities. Stay crazy, my friend.

In that House episode, we saw what had happened to the left — and the culture — in a nutshell, the transition from rebellion to authoritarianism. The love of cops and state agents, and the distrust of individuals and private eyes, that has spread over the television landscape is the result. Only gangsters and bad men buck authority on TV now. The true good guys work in or with the System. The outsiders are now the insiders — with a vengeance.

I began by saying that the Obama presidency is unraveling, and that it was a creation of the culture. Part of what the culture did to help create this disaster was to lose its faith in the man alone, and put its trust in princes and principalities.

RIP Maverick. RIP Rockford. I hope we’ll some day see your like again.