After many earnest promises and even more reschedules, my friends Matt Vespa, Storm Paglia, and I were finally able to carve out some time to record.

Matt and Storm are the co-hosts of Townhall’s wildly popular “Triggered” podcast. When I was a guest in August they called it the “Triggered and Kruiser Kabana Crossover Episode.” I figured it would be confusing if I called this the “Kruiser Kabana and Triggered” episode so I just pulled “Reverse Triggered” out of my brain. 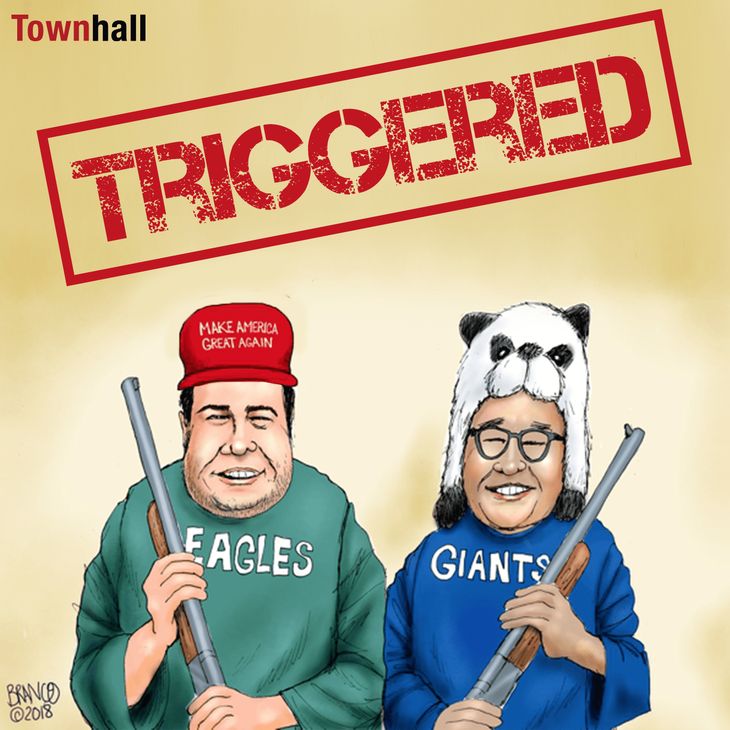 We recorded this on Friday, the day after the hot mess that was the dueling town hall events on Thursday night. That gets the bulk of our attention, but we also cover Australian Rules Football, basic charcuterie skills, and our respective experiences in Las Vegas all-male revues.

OK, maybe I made some of that up.

It’s a fun episode though, and we are definitely going to do it again.

Grab an adult beverage, fire up the neighbors’ hot tub, and sneak in to give this a listen until they kick you out.

PJ Media senior columnist and associate editor Stephen Kruiser is a professional stand-up comic, writer, and recovering political activist who edits and writes PJ's Morning Briefing, aka The Greatest Political Newsletter in America. His latest book, Straight Outta Feelings, is a humorous exploration of how the 2016 election made him enjoy politics more than he ever had before. When not being a reclusive writer, Kruiser has had the honor of entertaining U.S. troops all over the world. Follow on: GETTR, MeWe, Gab, Parler,
Read more by Stephen Kruiser
Tags: PODCAST