Hunkered Between Santorum and Paul Lies Peace Through Total War 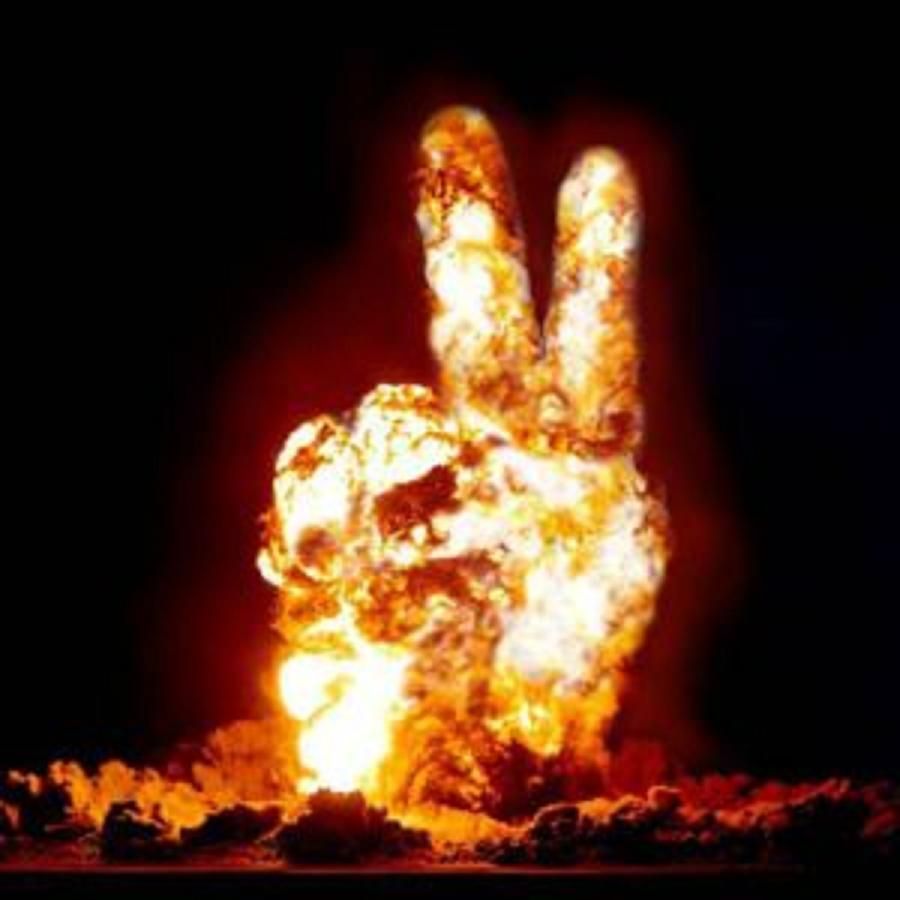 Imagine discovering that your police force, funded through local taxes, has begun diverting patrols to a neighboring town instead of protecting your own. Most people would be up in arms, and rightfully so.

A similar impulse informs Ron Paul’s foreign policy. He claims our military is off adventuring outside its jurisdiction. It is a message which appeals to a loyal base of supporters who believe that America’s military ought to respond to direct threats against American lives, rather than police the rest of the world.

There is a legitimate argument for refocusing our military, but not as Ron Paul and many of his supporters articulate it. Paul imagines a world where there are no credible threats, and thus nothing worth responding to. He imagines that the Constitution of the United States is binding over the lot of man, regardless of whether they are citizens or foreign enemy combatants. Worst of all, he imagines no cultural distinction motivating the behavior of regimes like Iran’s:

I don’t know of anybody who can militarily threaten [Israel]. They have 300 nuclear weapons. Nobody’s gonna touch them…

Mahmoud Ahmadinejad and a multitude of imams and Islamist fanatics disagree. They don’t value life as Western civilization does. Indeed, they embrace death as a path to salvation. In their hands, a single nuclear weapon is a far greater threat to human life than the 300 held by a nation like Israel, which hopes never to use them.

Paul’s inability to make such an essential distinction has kept his support from rising above a particular ceiling. Yet, what support he has remains impressively stable, indicating that he speaks to some chord within many voters.

Opposite Paul stands Rick Santorum, a candidate who has struck an entirely different chord. Santorum is a proud neoconservative interventionist who believes America has a unique place in the world which endows it with an esoteric duty to spread democracy and freedom. The Hill reports,

Listening to Rick Santorum, one imagines he would lead America to more war, very quickly. Santorum speaks loudly, carries a big stick and speaks with a trigger-happy enthusiasm common to neoconservatives. The winds of war blow from Santorum’s lips with an almost casual air of breathless excitement that virtually guarantees more war if Santorum is elected president.

Both of these candidates miss the mark for the same reason. Both maintain flawed concepts of sovereignty.

Santorum is a theocratic collectivist who subordinates the individual to an undefined “common good.” In this way, he is fundamentally anti-liberty:

This alleged responsibility to others is the root of all political evil, the same irrational claim which motivates prescriptions like welfare, progressive taxation, and government-run healthcare. Indeed, Santorum’s record reflects a brand of “big government conservatism” which is distinguished from the Left only by its definition of the common good. Santorum does not object to social engineering as such, only that which conflicts with his vision for society.

This translates to a foreign policy which is a “calling” or “duty” to spread democracy and freedom around the globe. In Santorum’s view, we are not responsible for our own defense for our own sake, but to others for some subjective common good. We are thus obligated to sacrifice blood and treasure in perpetuity, an inappropriate use of our resources applied to an impossible goal. Men must assert their freedom. It cannot be handed to them by American troops.

Ron Paul has a relatively good grasp of individual sovereignty, but overlooks how it manifests as national sovereignty. The vast majority of Americans celebrated when special forces struck a safe house in Pakistan last year to eliminate Osama bin Laden. Ron Paul criticized the operation citing Pakistan’s national sovereignty. What he failed to recognize was that a nation-state may only command respect if it upholds the rights of its citizens and does not encroach upon its neighbors. Pakistani sovereignty was negated by harboring the mastermind of attacks upon the United States. If a nation can claim sovereignty without regard to its actions, we could never rightfully respond to a threat. Anyone with borders would be free to do as they pleased — an absurd notion. 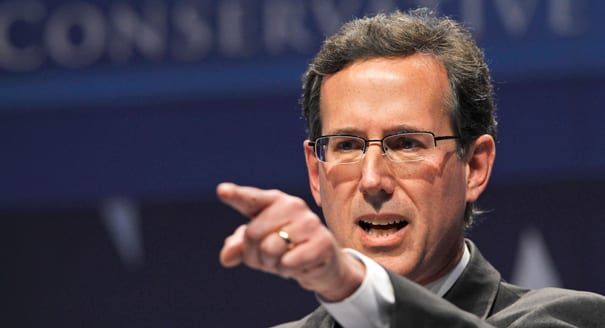 "The definition of liberty as our Founders understood it, was freedom with responsibility. Responsibility to who? ... to others."

There is a correct foundation upon which foreign policy should be built. It is not so much a middle-ground between Santorum and Paul as an entirely different perspective from either.

The sole purpose of government is the protection of individual rights. We constitute the state in order to protect us from harm, coercion, and fraud. In a just world, that is all government would do. Such a government’s foreign policy would secure free trade and eliminate threats. It would not take on responsibility for the peoples of the world. Other nations can constitute their own governments to secure their own freedom. If they do not, the consequences are theirs to bare, not ours.

This is neither isolationist, as Paul is often accused of being, nor non-interventionist, as he claims to be. Implementing this style of foreign policy would not cut us off from the rest of the world or prevent us from responding to threats. On the contrary, it would open us to profit from trade with non-threatening nations, and free us to fully engage those who would do us harm. 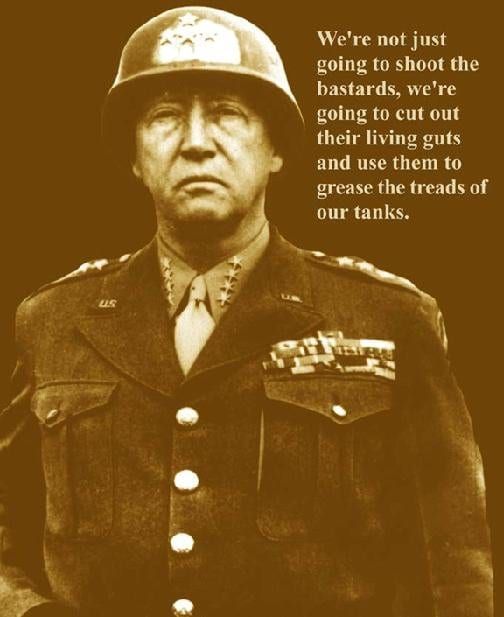 As it has been thus far executed, the War on Terror cannot be won. Its social and political objectives are beyond our control. We cannot bring civility to the uncivilized, dispense freedom as if it were ours to give, or hasten in tribal hearts and mystic minds the principles and values discovered over centuries of Western Enlightenment. It is neither our duty nor our place. Our duty is protect ourselves, and that means eliminating threats.

Elimination is not education. It does not rebuild. It does not tip-toe around civilians or yield to human shields. It is total war. It is utter destruction. It is the kind of war which hasn’t been fought by the West since World War II, and which the United Nations was crafted to prevent.

Nevertheless, it is the only effective way to deal with genuine threats. When we provide our enemies a list of things we will not do, the best we can hope for is perpetual stalemate, an ongoing containment, counter-insurgency, and fruitless negotiation. Yaron Brook and Alex Epstein wrote in The Objective Standard:

The right to self-defense rests on the idea that individuals have a moral prerogative to act on their own judgment for their own sake… that a nation against which force is initiated has a right to kill whomever and to destroy whatever in the aggressor nation [that] is necessary to achieve victory. The neoconservatives… reject all-out war in favor of self-sacrificial means of combat that inhibit, or even render impossible, the defeat of our enemies. They advocate crippling rules of engagement that place the lives of civilians in enemy territory above the lives of American soldiers—and, by rendering victory impossible, above the lives of all Americans.

We all know Hiroshima and Nagasaki would never have been bombed by today’s politicians. The neoconservative foreign policy of Rick Santorum would have fed Americans into a grinder in pursuit of “winning hearts and minds.” The naive non-interventionism of Ron Paul would have blamed America for provoking Pearl Harbor. Only an objective, rational, and muscular foreign policy which proceeds from the individual rights of American citizens would justify destroying “whomever and … whatever… to achieve victory,” eliminating current threats and effectively deterring future ones. If the people of the world are to learn the value of freedom, let their first lesson be the price of threatening ours.