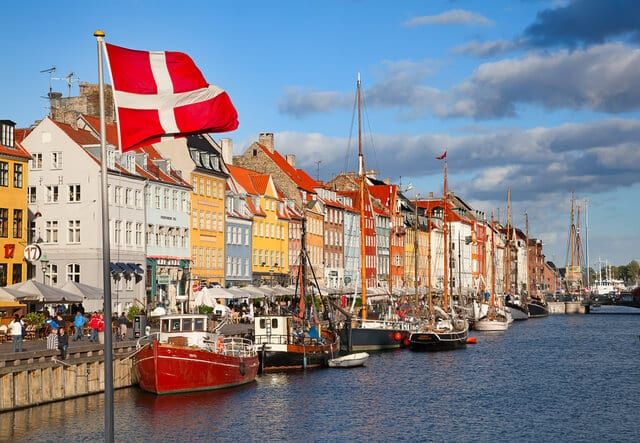 Democratic presidential candidate Bernie Sanders has a good point — America needs to be more like Denmark and the other Scandinavian countries. But he’s wrong about the reason why. He thinks socialism is the cause of their success, but the true cause is their older free-market culture and their recent efforts to return toward market and economic freedom.

Since the 1990s, Denmark, Sweden, Finland and Norway have expanded private property rights, business freedom, investment freedom and financial freedom. Each of these countries has increased its score on the Heritage Foundation/Wall Street Journal Index of Economic Freedom, and Denmark now outranks even the United States as a good place to do business.

Sanders sees the size of the Scandinavian welfare states and the relative health and happiness they enjoy, and thinks this correlation proves causation. A deeper look at the history and current affairs of Denmark and the surrounding countries tells a different story, however. These countries’ benefits arguably spring from their free-market pasts, not their brief dalliance with big government.

A Free Market Culture Under Attack

Scandinavian countries are well known for their unusually high levels of trust, a strong work ethic and an emphasis on individual responsibility. These traits are not the result of socialistic welfare states, but the explanation for why such bloated government programs could be implemented in the first place.

“In the early days, the unique culture of success in the Nordic countries meant that high taxes and welfare benefits could be introduced” with the negative side effects delayed, wrote Nima Sanandaji in her 2015 book Scandinavian Unexceptionalism: Culture, Markets and the Failure of Third-Way Socialism. During the early 1900s and following the Great Depression, Scandinavia’s small government and free markets fostered a culture of hard work that paid huge dividends in terms of prosperity.

The success of these countries enabled the government to expand, as the wealth of average citizens allowed them to pay more taxes. More importantly, the culture of hard work meant few people tried to live off of welfare and “game the system.” After big governments were introduced however, the culture changed — for the worse.

The Scandinavians who left for the United States mark this change well — Sanandaji notes that Americans with Nordic ancestry are thriving better than their relatives back in Denmark, Norway and Sweden. Contrary to Bernie Sanders’ belief, the 1960s – 1990s expansion of welfare states actually held the Nordic countries back.

After their experiment with socialistic welfare states, “Nordic citizens now have unusually high levels of sickness absence (despite being healthy societies), high youth unemployment and a poor record for integrating migrants into the labour force,” Sanandaji explains. Big government has weakened the strong culture which enabled welfare states in the first place, and these countries know it.

In 2013, a Danish woman on welfare made the news. A liberal member of Parliament challenged the free-market politician Joachim B. Olsen to actually visit a single mother of two on welfare, and see how hard her life is.

Olsen took the advice, and learned that being on welfare isn’t so hard after all. The 36-year-old single mother, known as “Carina,” was making more money than many of the country’s full time workers, the New York Times reported. “All told, she was getting about $2,700 a month, and she had been on welfare since she was 16.”

“With little fuss or political protest — or notice abroad — Denmark has been at work overhauling entitlements, trying to prod Danes into working more or longer or both,” New York Times reporter Suzanne Daley continued.

“The welfare state here has spiraled out of control,” declared Olsen, the reform-minded politician who visited Carina. “It has done a lot of good, but we have been unwilling to talk about the negative side,” he added, saying that discussing the “Carinas” in public has long been considered “taboo.”

Denmark has been hard at work at reform, however. In 2013, it reduced early-retirement plans, and cut the term for unemployment benefits from four years to two. Reformers like Olsen have also pushed for limiting disability checks to those over 40 or with a severe mental or physical condition. In 2013, roughly 240,000 people — nine percent of the potential work force — were receiving disability checks, and about 33,500 of them were under 40.

In recent years, all the Nordic countries have decreased their corporate tax rates — each one is lower than in the United States. They also support free trade, unlike American Socialists like Bernie Sanders, who opposed the 1990s North American Free Trade Agreement.

Norway, Sweden, Finland and Denmark are tiny — and not very diverse — compared to the United States. Denmark is a nation roughly the size of Maryland with the population of Atlanta, and nearly 90 percent of its population is of Danish descent.

Nevertheless, there are clear lessons a huge, diverse country can learn from the recent experiences of these small, homogeneous nations. The biggest lesson might surprise Bernie Sanders — socialism doesn’t work.

A cradle-to-grave welfare state has transformed the strong work ethic of the Scandinavian countries into a sad complacency. People like Carina game the system, and feel no shame in doing so. Indeed, “Lazy Robert” Nielsen, 45, did not even ask for a pseudonym when he told the media that he has been on welfare since 2001. “Luckily, I am born and live in Denmark, where the government is willing to support my life.”

Lene Malmberg, who works part time as a secretary despite a serious brain injury which affects her short-term memory, told the New York Times about her sister, who was receiving benefits and getting more money than Lene was — when she worked full time before the accident. “The system is wrong somehow, I agree,” Lene said. “I wanted to work. But she was a little bit: ‘Why work?’”

People in the Nordic countries are suffering from the ill effects of the very socialism which Bernie Sanders wants to bring to America. They know it doesn’t work, and they are working hard to achieve robust, free-market reforms.

America cannot ever be Denmark, but we should strive to copy their recent reforms. They have woken up to the woes of dependency and big government. They have cut their corporate tax rates and have made their country a better place to do business. We should follow their example and do the same.