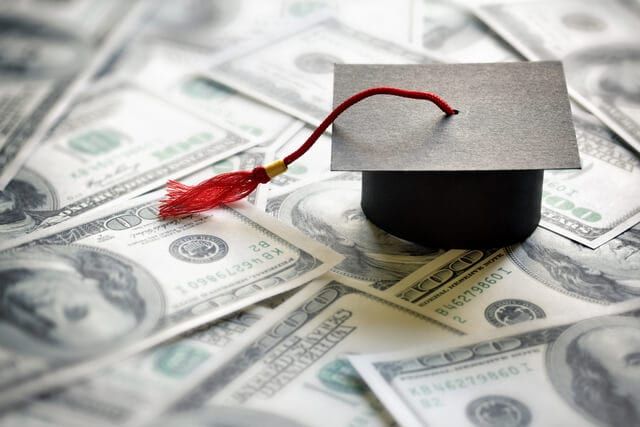 When the Department of Education unveiled its new College Scorecard earlier this month, a number of schools were missing from the list — not low-ranked or misrepresented, just missing. Many are conservative schools, well-known for their independence from the federal government.

Hillsdale College, a small Michigan liberal arts school which receives high marks in national rankings — U.S. News & World Report ranked it the 67th best liberal arts college in the nation and #1 for veterans — was notably absent from the Obama administration’s list of colleges. So were Grove City College and Christendom College. All three of these schools do not accept federal funding in order to maintain independence from government control.

Were the conservative schools left off the scorecard because they reject federal funding or because they oppose government control of higher education?

Hillsdale’s president, Dr. Larry Arnn, said he did not think the schools were excluded due to political reasons. “I do not know, but I doubt it,” Arnn wrote in an email statement to PJ Media. “Probably just the workings of the big complex administrative structure.” Responses from the Department of Education seem to prove him right, and show the clunkiness and inefficiency of government control.

Department of Education spokeswoman Denise Horn had a simple answer as to why Hillsdale and other colleges were not listed on the scorecard: they do not accept federal funding. “As of now, institutions that do not participate in Title IV federal financial aid are not included on the site because they are not required to send us data,” Horn explained in an email statement to PJ Media.

Grove City College President Paul McNulty confirmed this answer in a statement last week. “Grove City College is noticeably absent from the U.S. Department of Education’s recently released College Scorecard,” McNulty noted. “In response to our inquiry, the Department informed us that the site is limited only to Title IV participating institutions.”

Hillsdale’s college newspaper, The Collegian, originally received a different answer, however. In response to The Collegian’s inquiry, Horn originally said Hillsdale did not award enough degrees, and awarded too many low-level certificates instead. “At launch, we focused our attention on predominantly two- and four-year degree programs,” Horn said, implying Hillsdale is not a genuine four-year school.

After Hillsdale responded, calling this allegation “not true,” the Department of Education retracted the claims, explaining that Hillsdale was indeed excluded because the college does not accept Title IV financial aid.

The Case of the Missing Colleges

The scorecard website allows parents and students to search for a college using various parameters. If a school does not accept Title IV funds, it simply does not appear on the list. A search for “Hillsdale College,” for example, brings up Hillsdale Free Will Baptist College — a school in Moore, OK, with 195 undergraduates — rather than the high-ranked Michigan school with 1,500 students.

“With the College Scorecard, the Department is committed to doing what the President asked us to do: provide information to families and consumers to help them make a college choice that’s smart for them,” Horn wrote. Failing to include successful colleges, merely because they do not receive federal funding, arguably undercuts the tool’s ability to educate families.

McNulty said as much in his statement. “We are concerned that Grove City’s absence from the scorecard will confuse or disserve families seeking out higher education institutions with our record of success,” the president declared. “However well-intentioned, the scorecard as it exists now is incomplete and does not fully disclose comprehensive data that families need to make informed decisions.”

“For now, the Department should, at the very least, include a disclaimer that the scorecard is not comprehensive or reflective of all college [sic] and universities,” McNulty concluded.

When asked why the tool does not even mention schools which reject Title IV funding, Horn emphasized that the scorecard is a work in progress. “The Department is listening closely to concerns from users and other stakeholders, and will work to address these concerns in future updates to the tool.” She could not provide a time-frame for updates, however.

A Matter of Principle

This struggle brings to mind the question: why do Hillsdale and these other schools refuse to accept federal funding in the first place? In a phone interview with PJ Media, Hillsdale College’s provost, Dr. David Whalen, explained the two fundamental reasons why the college keeps its distance.

“We’re very proud of our heritage,” Dr. Whalen said, referring to Hillsdale’s position as the first college to prohibit by charter any discrimination based on “nationality, color or sex.” Title IV funding requires schools to track and report racial demographics — a move which Hillsdale refuses to do on principle. “We stand by that, regardless of some cost,” Whalen explained.

As the college’s official statement explains, “Hillsdale College provides comprehensive data to a wide variety of independent ranking institutions that do not require it to compromise its principles by counting its students by race, and the College is confident that parents and students looking for a rigorous, classical liberal arts education will find Hillsdale College without the government’s help.”

In addition to this principle, Whalen explained that Hillsdale believes it is important to keep higher education separate from government control.

“In a democratic commercial republic, it is extremely important that the government does not hold the pursestrings for that form of education which most matters to government itself,” the provost argued. Among other things, college education aims to produce good citizens, ones able to think for themselves and therefore able to govern themselves. Government “cannot manufacture the kinds of people it wishes to govern.”

Since “financial control includes every other kind of control,” Hillsdale and other schools are right to refuse federal funding, even though it is costly.

This Mixup Shows Why Colleges Should Be Independent

Whalen critiqued the current system, where most colleges receive a great deal of federal money, as “very much to the detriment of our republic.” He argued that, “though the effects of federal funding are in some ways unintended, they are often lamentable and pernicious.”

Whalen said that the scorecard’s institutional bias against independent schools is a good example of the bad effects of government controlling education. “They are trying to shed light on higher education, but instead they are spreading confusion.” There are many fairly easy ways of obtaining detailed information about the schools which were excluded from the scorecard, but the very system blinds the bureaucrats to these other options.

“It’s like trying to eat salad with a shovel — good things fall off the scorecard and the bureaucracy does not have the means or the imagination to find a better way.”

Kyle Olson, founder of higher education news website EAGnews.org, put the problem more bluntly. “Such a scorecard designed by statists will naturally cast independent private institutions in a negative light,” Olson told Fox News. “Parents and prospective students don’t need any seal of approval from President Obama or some DOE bureaucrat to decide whether a school is good or not,” they can find out on their own.

Families may indeed have even less need of this college scorecard, especially when they realize it bars good schools for bad reasons.