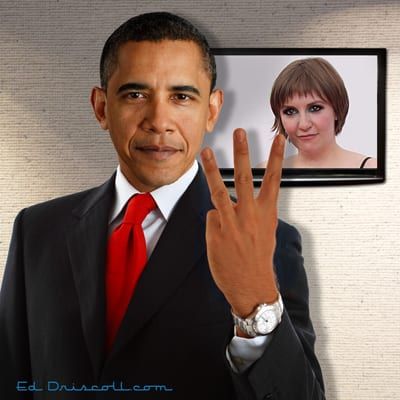 The Columbia Journalism Review claims that the mission of its bimonthly magazine and CJR.org, its companion online effort, is “to encourage excellence in journalism in the service of a free society.”

The flip side of that mission should be to identify, criticize and discourage incompetence, dishonesty and bias. CJR.org’s alleged year-end compilation of “the worst journalism of 2014” — “a recap of this year’s most cringeworthy news blunders” — does an extraordinarily poor job of that.

It’s only an alleged year-end list because CJR published it on December 22, following the herd of dozens of other annual list presenters who couldn’t wait until 2014 actually ended.

It’s also an extraordinarily weak list. Rolling Stone’s now-exposed fabricated account of the fraternity gang rape that didn’t happen at the University of Virginia topped the list, but only one of the other items in its compilation — the entirely made-up story of Mohammed Islam, the 17-year-old who suckered New York Magazine into believing that he had made $72 million in the stock market — is anywhere near as “cringeworthy” as at least three other egregious media misfires in December alone.

Here are those three December candidates, all of which did not become known until after CJR’s premature publication.

For several months, 18-year-old Joshua Williams was a media and leftist darling at those Ferguson, Missouri mob gatherings serially misidentified as “protests.” Williams “perfected the skill of catching the attention of journalists and using them to elevate his claims of police brutality to national attention,” and was “quoted or photographed in countless articles in publications including the New York Times and USA Today.” The Associated Press photographed him marching “arm in arm” with black radical Cornel West in October. In mid-December, Williams, who was constantly begging others for money, somehow made it to Washington and spoke at one of Al Sharpton’s affiliated whine festivals.

Shortly after Christmas, the media hero was charged with and reportedly confessed to “1st degree arson, 2nd degree burglary and misdemeanor theft” in the torching and looting of a QuikTrip convenience store in Berkeley, Missouri, on Christmas Eve. The St. Louis Post-Dispatch apparently had a hard time getting over being jilted, headlining Williams, after his arrest, as a “protester who advocates peace.”

In early December, John Nolte at Breitbart.com’s Big Hollywood thoroughly debunked and discredited the details Lena Dunham had included about her alleged rape in her Not That Kind of Girl memoir. “Barry,” a name only later identified as a pseudonym, could not have been Oberlin College’s “campus’s resident conservative.” Among other things, there was no “Barry” who had “a flamboyant mustache,” a job at the campus library, or “purple cowboy boots.” Nolte could not find “a Republican named Barry who attended Oberlin during Dunham’s time there who came anywhere close to matching her description of him.”

On December 9, the day after Random House, Dunham’s publisher, covered its legal keister by exonerating a “Barry” who did attend Oberlin during the time in question, Dunham posted a pathetic I’m-a-victim non-defense at BuzzFeed, claiming that she had made up details about her attacker to conceal his identity. Two days later, responding to several media insinuations to the contrary, Nolte made it redundantly clear that “Breitbart News never once questioned whether or not Lena Dunham was raped.”

What followed is what should have made CJR’s “blunders” list.

On December 31, J.K Trotter at Gawker, who appears to have set out to perpetuate the straw-man criticism against Dunham’s detractors, reported something far more troubling:

The 2012 proposal for Not That Kind of Girl recounted the same night of unwanted unprotected sex—and supplied enough specific biographical detail to identify the man being described.

The final manuscript of Not that Kind of Girl contains a significantly altered version of Dunham’s original account.

Trotter is nearly certain that he has identified the attacker Dunham described in her 2012 proposal. His name is at the link for those who are curious, but the fundamentally important point is that this person “did not affiliate with either major political party until 2012, when he formally registered as a Democrat,” and “does not appear to have ever been an on-the-book Republican.”

Thus, Dunham’s rape story, even assuming she was indeed raped, was from all appearances originally packaged in 2012 to smear Republicans and conservatives for an act committed by someone who was neither. When revised two years later, it was further dressed up with more juicy details not traceable to a specific person to enhance the smear’s memorability.

It would seem that no one at Random House or at any other publisher who might have seen Dunham’s original proposal and read the final product has ever questioned the credibility of her underlying story. This is either astonishing negligence or intensely hostile groupthink. Are these people all that lazy and clueless, or were Dunham’s fabrications okay in publishing land because her story attacked liberalism’s enemies?

In recent years, the annual late-December Kwanzaa parade in South Central Los Angeles has fallen on hard times. In 2011, the second-last year the Los Angeles Times covered it, the paper claimed that “hundreds” attended, but could only muster a photo showing a half-dozen participants and about the same number of onlookers.

On December 26, 2014, apathy won. A CBS-Los Angeles reporter tweeted a photo showing an empty boulevard with no spectators captioned, “People in #SouthLosAngeles disappointed by lack of turn-out for #Kwanza parade. Parade lasted 10 mins.” (What “people”?) Two minutes later, he tweeted: “Parade is over.” It was never a real parade. It wasn’t even a motorcade.

But then, in an online report, CBS-LA, despite its own reporter calling out a non-event, descended into full fictional cringeworthiness, making it appear as if a genuine parade had occurred:

LA Celebrates Start Of Kwanzaa With Parade Along Crenshaw Boulevard

The 38th annual KwanZaa Gwaride parade made its way down Crenshaw Boulevard Friday, marking the start of the seven-day festival of Kwanzaa.

Never has one of the favorite sayings of Instapundit’s Glenn Reynolds been truer: “It’s Potemkin villages all the way down.”

And all the way up – to the see no liberal media evil folks at the Columbia Journalism Review.