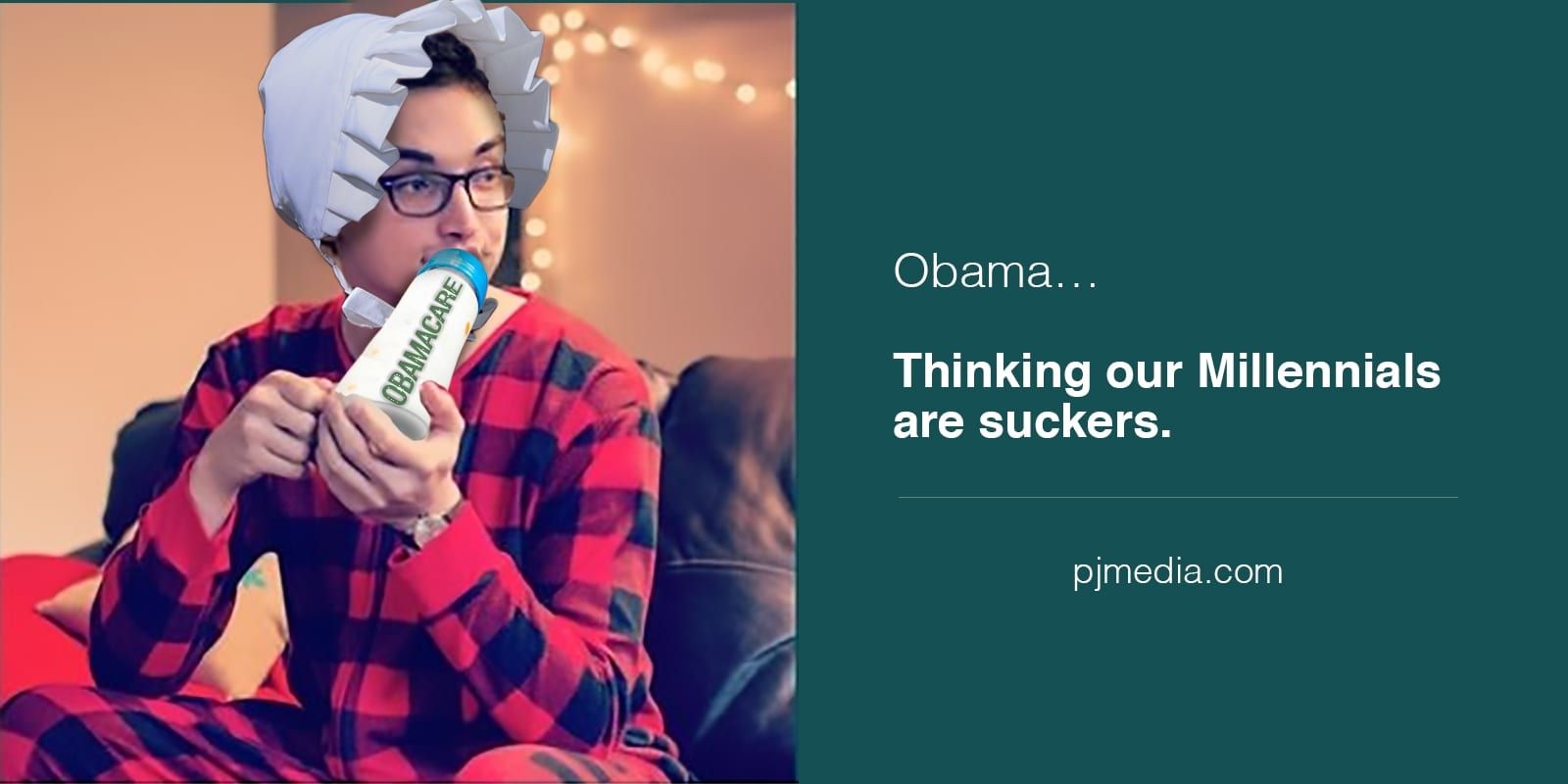 As Nancy Pelosi would say, embrace the suck; click to enlarge to full size.

Obamacare’s Footie Pajamas Boy is self-mocking even without additional Photoshopping, but that didn’t stop one of our in-house artists from PJ Media from adding his own special touch to an already special, special image.

However, it’s up to you to provide the best caption, in the contest. (The one above is just temporary.) Some ideas that immediately come to mind beyond it are:

2. Do Millenials think that Obamacare sucks?

3. It sucks to be Obamacare Millenial Pajamas Boy.

But we’re sure you’ll think of something even better. Have at it in the comments below.