NATO, Then and Now 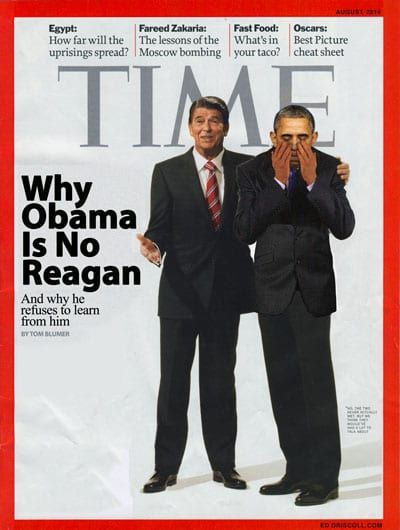 Post-Cold War NATO might be the first “serious” military alliance in history lacking the forces to defend itself, or even any real plans to do so. But is the threat from Vladimir Putin’s Russia forcing a change? Eli Lake of the Daily Beast reports:

With Russian forces entering into Ukraine, NATO is putting together a plan to place the alliance’s troops in bases behind the former Iron Curtain. One U.S. official who was not authorized to speak to the press said the presence of U.S. troops inside these bases in Poland, Romania, Lithuania, Latvia, and Estonia would act as a “tripwire for Russia. If Putin considers any military action in these countries, they will know that they will be involving U.S. forces too.”

There are really two NATOs, and I don’t mean the original Western European members and the new members from behind what was once the Iron Curtain. No, the dividing line is a date — specifically, November 9, 1989, the day East Germany opened the Berlin Wall and the inter-German border. And more importantly, it’s the day when the Soviet Union acquiesced to the end of the Warsaw Pact.

The old NATO was a serious military alliance with large and well-trained forces. We took our responsibilities seriously, too. Major exercises like REFORGER (Return of Forces to Germany) demonstrated our resolve and our abilities to Moscow, and to each other, on an annual basis. NATO was at its most effective in the 1980s, when the British PM, the West German Chancellor, and the American President functioned in harmony as political allies, too. It took less than a decade of increased NATO military spending and deployments (think of the Pershing II missile) for Moscow to call it quits.

That’s no exaggeration about the importance of the Pershing II. Never fired in anger, it helped win the Cold War more than any single weapons system — for reasons both military and political. West Germany at the time was in the grips of a vocal no-nukes movement, which Chancellor Helmut Kohl faced down to deploy the nuclear-tipped American missiles in West Germany. The political message was clear: Bonn and Washington stood together, even against domestic opposition. Militarily, the Pershing II could put a bunker-busting nuclear warhead with unequaled accuracy into any underground Soviet military or political HQ west of Moscow — at Mach 9 and with very little warning. The Soviet military leadership was personally threatened by such a capability, forcing the first-ever treaty (INF) to reduce nuclear forces. The other guy blinked; the rest is on the ash heap of history.

NATO didn’t win because it was nice countries being nice together about nice things. NATO won because it was a serious military alliance, and it acted like one. Yes, we had our differences, and yes, we would have preferred it if our European allies had committed to higher levels of spending — but we made it work long enough to secure victory without having to fight WWIII.

With the end of the Warsaw Pact and then the dissolution of the Soviet Union, NATO lost its raison d’être. But instead of patting each other on the backs and winding down the most successful defensive alliance in history, we thoughtlessly tacked on new members to defend one another from… whom, exactly? From Boris Yeltsin? And I say “thoughtlessly” not because nobody gave any real thought before inviting in Poland and the Czech Republic and everyone else. I use that word because NATO became a thoughtless alliance. Lacking any real threat, we ceased our serious deployments and our serious exercises. In fact, other than the US, NATO has practically stopped spending on the military, period. Yet here we are months after Putin’s annexation of Crimea, and NATO is considering building bases which might someday house enough forces to protect its weakest and most exposed member states — now that’s thoughtless, and unserious in the extreme.

The difference between the early ’80s and today isn’t so much the correlation of forces between NATO and Russia. The Russian Army is a shadow of the defunct Group of Soviet Forces in Germany, and the American military has never been so potent or lethal. We might be stretched too thin, we might be facing too many budget cuts — but we can still pack the world’s biggest punch. That is, if the political will exists to give the order.

But no, the difference between then and now boils down to one word: Leadership. For a look at the current state of that, let us turn David Sanger in the Washington Post:

In the Russia of President Vladimir V. Putin, Mr. Obama faces a declining power, afflicted by a shrinking population, a strident nationalism and an economy vulnerable because of its extraordinary dependency on oil exports. Washington is betting that while sanctions are having little effect now, over time they will hollow out Mr. Putin’s poll ratings. But the short term is more complex. For months now, arguments inside the administration have been over how directly and where to draw the line. In Tallinn, Estonia’s capital, on Wednesday Mr. Obama drew it at NATO’s own boundaries. The question is whether Mr. Putin believes him.