United States of Europe One Step Closer to Reality?

The leaders of the 27-member European Union met in Brussels on December 8 and 9 under pressure to deliver a decisive solution to Europe’s two-year-old sovereign debt crisis.

But the high-profile summit — which was billed by many as the last chance to save the euro single currency — did little to resolve the immediate crisis at hand, namely the massive debt loads of most European countries and the spiraling costs of borrowing more money to pay off those debts.

Instead, German Chancellor Angela Merkel and French President Nicolas Sarkozy (aka “Merkozy”) leveraged the crisis summit to secure a “historic” commitment from all of the 17 countries that use the euro single currency (aka “eurozone countries”) to transfer broad new economic and financial decision-making powers to unelected and unaccountable technocrats in Brussels, the administrative capital of the EU.

The new “fiscal compact” is a major step on the road to creating a single economic government in Europe. By giving Brussels more power to codify and enforce debt limits and impose central oversight of national budgets, the agreement takes the EU one step closer to consolidated and centralized fiscal authority in Europe. Among other features, the agreement also gives the European Court of Justice the right to strike down national laws that conflict with diktats issued by bureaucrats in Brussels, although EU legal experts are still unsure about how this can or will be enforced.

British Prime Minister David Cameron was the only EU leader who refused to go along with what many observers have described as an attempted European coup d’état.

Cameron vetoed the European power grab after Merkozy refused to give Britain — which uses the pound, not the euro — a written promise that the City of London would be exempt from heavy-handed EU rules and regulations that could damage its £46 billion (€54 billion; $72 billion) financial services sector.

In particular, Cameron had demanded that Britain be able to veto any usurpation of regulatory power over financial services from London to Brussels. He was especially keen on avoiding a move towards a Europe-wide financial transaction tax that would see London become a less attractive destination in which to do business.

In this context, Cameron had also insisted on measures that would prevent the eurozone countries from demanding that euro-denominated transactions be conducted in Frankfurt or Paris, something that would reduce the amount of business being done in the City of London.

Cameron’s veto will make life more complicated for Europe’s empire builders. In practical terms, rather than amending the existing Lisbon Treaty, which comprises the constitutional basis for the EU, the other 26 member countries of the EU will now have to forge a completely new “intergovernmental” treaty.

The agreement reached in Brussels on December 9 calls for the new treaty to be drafted within the next three months (by March 2012), even though in the past this process has taken many years. After that, the treaty will need to be ratified by each of the 26 countries. Some of them, such as Ireland, will also require holding public referendums.

Without Britain on board, the other 26 EU countries could also face potentially complicated legal obstacles, especially on how the new treaty will be enforced.

Moreover, Cameron says he will not allow the other 26 EU leaders to use the institutions of the 27-member EU to draft and police regulations for the 17 eurozone countries. Presumably, this would include the European Commission and the European Court of Justice, which Britain, as a member of the EU, helps to pay for through its annual contributions to the EU budget. He says the EU institutions are there to serve the interests of all 27 countries equally and not just a small group. 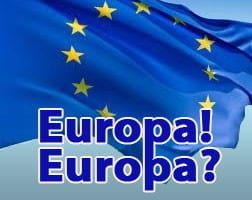 Cameron defended his veto by saying: “What was on offer wasn’t in British interests, so I didn’t agree to it.” And the majority of British voters agree with him. According to a poll published by the London Daily Mail on December 11, 62% of Britons agree that Cameron was right to veto the new European Union treaty; only 19% say he was wrong.

But European elites were infuriated by Cameron’s implacability. Sarkozy, who observers said needed to be “physically restrained” during the summit, said: “Very simply, in order to accept the reform of the treaty at 27, David Cameron asked for what we thought was unacceptable: a protocol to exonerate the UK from financial services regulation. We could not accept this as at least part of the problems [Europe is facing] came from this sector.”

Sarkozy’s comment reflects a mindset that pervades the EU as a whole, namely that the “Anglo-Saxon” economic model of free markets and capitalism is to blame for Europe’s problems, and not the “European Social Welfare” economic model of high taxes and heavy regulation. As a result, there are few things European elites would love as much as to see the destruction of the British economy.

In any case, the other 26 EU countries will now move ahead towards “fiscal union” without Britain, thus institutionalizing a “two-speed” Europe.

There is much debate over whether this would be good or bad for the United Kingdom.

On the one hand, there are those who argue that Britain — Europe’s third-largest economy after Germany and France — will be left on the periphery of Europe with little or no influence over how the continent evolves. The marginalization of Britain would be especially ironic considering the blood and treasure the United Kingdom invested in two world wars to keep Europe free, only to see the continent return to a more authoritarian political model.

From a geopolitical perspective, Britain historically has attempted to maintain a balance of power in continental Europe by forming shifting alliances with the main powers, usually France or Germany. Cameron now faces a Europe that is led by France and Germany and united against Britain.

On the other hand, other countries might follow Britain’s lead and begin to disengage from the EU. More immediately, a multi-speed Europe could potentially enable Britain to reclaim some of the powers that previous British governments ceded to the EU.

Although Cameron insists the United Kingdom will stay in the EU as long as “membership is in our interest,” some Europeans are already predicting a “great divorce.”

In the meantime, European leaders are likely to make Cameron (and Britain) the scapegoat for their own economic failings, especially if international investors begin to pull the rug out from under the EU’s shaky financial edifice.

Merkozy and friends hailed the summit in Brussels as a “breakthrough” that would restore confidence in the future of the euro. But financial markets are likely to take issue with that assessment, especially because the institutional changes discussed in Brussels are focused on preventing future crises rather than resolving the current one.

In fact, European politicians have done little to alleviate the underlying problems facing the eurozone in the near term. Chief among these is slow growth.

The Organization for Economic Co-operation and Development (OECD), for example, projects that the EU-27 will grow only 0.6 percent in 2012 and 1.7 percent in 2013. The forecast for the 17 eurozone economy is even worse; it is expected to slip into recession in early 2012.

The European Central Bank (ECB) said on December 8 that the economy of the 17 eurozone countries is almost stagnant, growing just 0.2 percent in the third quarter of 2011, with unemployment at 10.3 percent. It also lowered its growth projections, saying that EU-17 output could fall as much as 0.4 percent in 2012. Declining output makes the debt crisis worse by cutting tax receipts.

Nor will the Brussels summit make investors more willing to buy European government bonds, especially from countries on the southern periphery. In particular, Italy and Spain — the eurozone’s third and fourth biggest economies — are facing a huge refinancing crunch in the first part of 2012. Rome alone has a massive €150 billion ($200 billion) in debt falling due between February and April 2012. Not surprisingly, southern European bond yields are sky-high.

Some economists argue that ultimately the ECB will have to intervene more aggressively by buying large quantities of bonds of large troubled countries, in order to prevent borrowing costs for Italy, Spain, and other countries from becoming so high that they are unable to refinance their debt. But ECB President Mario Draghi says no such plan is in the works and that his only mandate is to prevent inflation.

In the final analysis, the deal announced in Brussels is unlikely to ease the financial pressures on the euro. The European debt crisis is far from over and the survival of the euro is far from certain.

But as long as the euro’s future hangs in the balance, expect European leaders to continue to exploit the crisis to consolidate more power in Brussels. They will argue: “There can be no currency union without fiscal union, and no fiscal union without political union.”