Politico ran an article titled “The GOP’s Fantasy of a Bigger Navy” that is long on editorializing and short on facts or history.

The article argues against reversing U.S. seapower’s decline. If nothing else, the article performs a useful service by encouraging a national debate as the Navy continues to shrink: little such debate has occurred about the Navy’s contraction by more than half since the Reagan administration.

But it is the single most important one.

Politico represents the future of American seapower as a financial issue, and thus a partisan issue. It is not. As has been predicted since the end of the Cold War, increases in other states’ power have reduced America’s relative military strength. China is adding substantially to its naval power, as the current administration’s successive reports on Chinese military power remind readers each year. Russia is rebuilding its fleet and deploying it to the Atlantic, Mediterranean, and Pacific. The sanctions that Iran is likely to be relieved of will increase the threat it poses to shipping in the Persian Gulf and at its narrow mouth, the Strait of Hormuz. 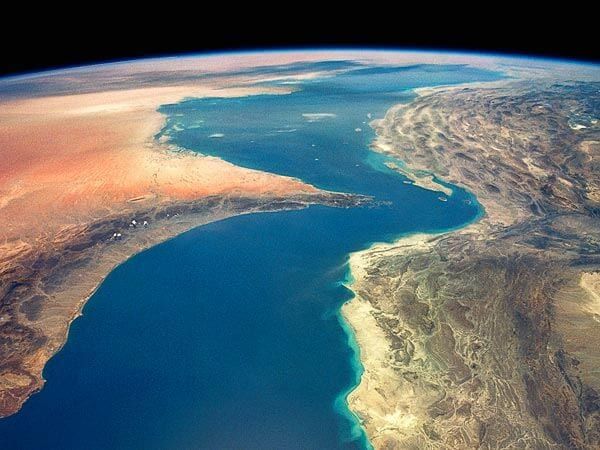 If U.S. seapower decreases as potential adversaries modernize and add to their fleets, a tipping point will be reached where our treaty allies and friends in East Asia can no longer count on our assistance.

China will assert its sovereign claims over international waters as it transforms more reefs and shoals into armed islands, and uses military force to challenge disputed islands in the South and East China Seas. Adding to this challenge is Russia’s renewed Pacific interest, as demonstrated by amphibious training exercises with China in the Sea of Japan scheduled for the end of August.

Left unchallenged, all of this will damage the U.S. position as a Pacific power — and eventually our commerce in Asia.

Russia recently began to operate a naval squadron in the Eastern Mediterranean, an increasingly volatile part of the world in which the U.S. once maintained two aircraft carrier groups. Today there are none, and the U.S. Mediterranean fleet is a miniscule fraction of its former self. Illegal immigration and the possibility that ISIS will hold ports on the Mediterranean from Syria to Libya are additional proofs that the Mediterranean has reverted to its historic instability.

The list of foreseeable harm to American and allied interests globally as the result of U.S. seapower’s continued diminution, combined with the strengthening of naval and amphibious power in unfriendly states, is long. Its culmination is predictable: the end of America’s status as a global superpower and the replacement of our idea of international order with one that is not based on freedom of navigation, respect for sovereign rights, free enterprise, and democracy.

The Politico article is reluctant to confront the strategic questions linked to decaying American seapower. It is eager to frame the large issue of seapower as merely a political dispute, one between budget hawks and legislators who represent districts in which military hardware is manufactured. At a superficial level, there is truth to this. At the bottom, however, this is irrelevant. The relevant political question that the future of seapower raises: “What do Republicans stand for today?”

The Whig party quarreled and died because it could not reconcile differences over slavery between its Northern and Southern adherents. It was replaced by a party that was clear about slavery and its extension, the Republican Party. An important strength of today’s Republican Party has been its clear support for a strong national defense.  If the clarity about defense that once characterized Republicans is lost, they risk the fate of the Whigs.

The sum required to build up the fleet from its current level of 273 to 350 ships is large, but it would necessarily be distributed over many years. The Congressional Budget Office notes a 20 percent difference between their estimate of the Navy’s 30-year shipbuilding plan and the Navy’s guess about the same number. This comes out to approximately $3 billion per year, or roughly one-fiftieth of the Navy’s annual budget, which is a fraction of the total Defense Department budget.

With presidential leadership and improved congressional understanding, would American voters not agree that an additional two- or three-fiftieths of the Navy’s budget is worth spending to assure that the U.S. remains the world’s dominant seapower?

Further, it is not clear that such increases are necessary. The Defense Department remains a swamp of over-centralized, outdated, unaccountable, and over-layered bureaucracies. Procurement reform that received the personal and direct attention of a president would yield billions that could be applied to increasing the size and capabilities of American seapower. 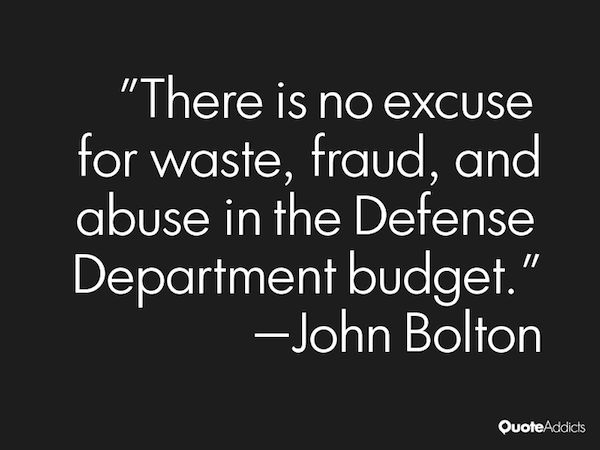 Reducing a question as large as the relative decline of the U.S. Navy to political machinations is a mistake. There is no friendly naval power to take our place should we relinquish it, as the U.K. did beginning in the early 20th century. Then, the U.S. was there to take up the slack.

The Politico article performs a valuable service by encouraging a debate that should have at its center exactly this question: “If not us, then who?”