California Ready to Put $1B Where Its Mouth Is for Illegal Aliens? 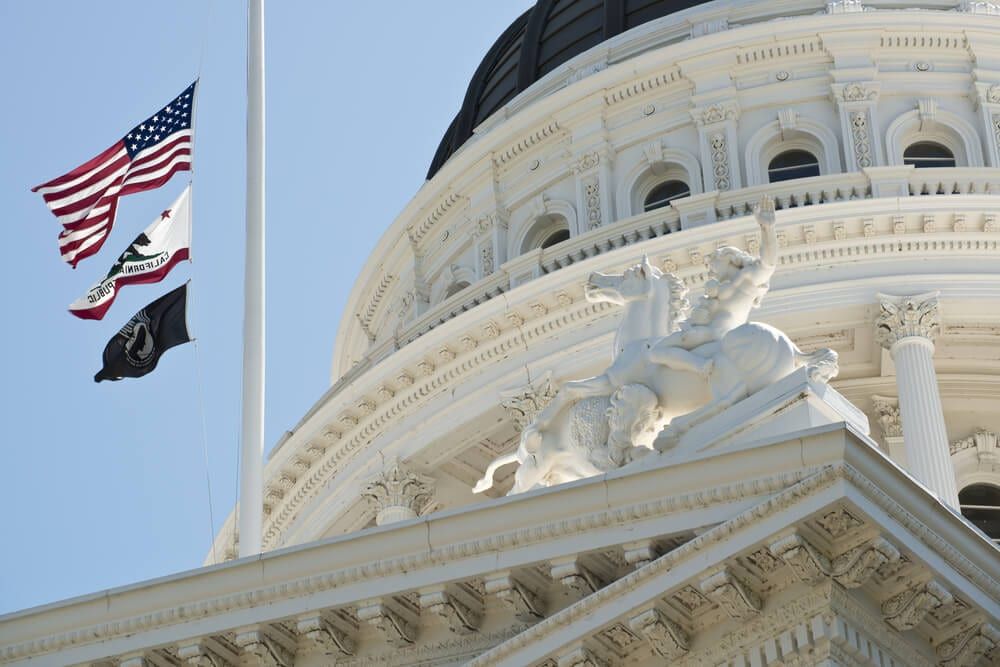 Hundreds of thousands of illegal aliens stand to wind up with better healthcare coverage than they could have dreamed of in their hometowns thanks to the California Legislature, no matter their citizenship.

Supporters of Sen. Ricardo Lara’s (D) Senate Bill 4 — the Health for All Act — that goes before the State Assembly in August say it is only right to allow illegal immigrants into the state’s healthcare system. But those who don’t like the idea see it as worse than the first slide down the proverbial slippery slope. They see this as culture-changing legislation.

“It’s just one additional step that the California Legislature is trying to take to eliminate any legal distinction between illegal aliens and legal residents of California,” Ira Mehlman, spokesman for the Federation for American Immigration Reform, which calls for restrictions on immigration, told Reuters.

Senate Bill 4 would allow undocumented Californians to buy health insurance with their own money through Covered California by seeking a waiver. All kids 19 and under would be able to enroll in Medi-Cal, regardless of immigration status. And it would expand healthcare access to adults 19 and over, regardless of immigration status, by establishing a capped enrollment program through Medi-Cal that will provide services as funding is made available.

If the more than 400,000 immigrants with just enough paperwork to get a driver’s license, thanks again to the California Legislature, are any indication, Cal MediConnect will soon be buried under a tidal wave of the same people signing up for Obamacare.

This is scary too. Maybe even more people will look for healthcare than looked for a driver’s license. Lara said more than a million of the state’s undocumented residents lack access to affordable coverage in California. They could all be allowed into Cal MediConnect.

Lara might be sandbagging the enormity of the avalanche of immigrants who will swarm into the Obamacare system. Reuters reported that about 7 percent of California’s population, or 2.6 million people, lack legal immigration status. In 2012, the state spent over $600 million on emergency room and other health-related services for people living in the state illegally.

As drastic as it seems, Senate Bill 4 is not even the first step toward allowing illegal immigrants to receive ACA coverage.

That was a major tenet of Lara’s efforts to cover all Californians, regardless of immigration status, through Senate Bill 4, known as the Health for All Act.

“This affirms our commitment to embrace and integrate our immigrant community, to lead where the federal government has failed and to acknowledge the hard work and sacrifice of a community that contributes billions of dollars to our GDP,” said Lara as he celebrated in June.

“Today’s budget deal is a win for the health of our state, a win for our future workforce and a win for our economic vitality. On behalf of 170,000 children in California who will now have access to healthcare.”

When the California State Assembly returns to work Aug. 17 it is expected to take up Sen. Lara’s proposal to extend Obamacare to illegal aliens. It passed the state Senate during the previous legislative session.

“Today’s vote is a transformational and decisive step forward on the path to achieving health for all,” said Lara as he celebrated Senate passage of SB 4 on June 2.

“Over the past year I’ve worked to draft a bill that is realistic, balanced and fiscally prudent, while arriving at our goal of expanding access to healthcare for some of our most vulnerable communities. That’s what we’ve achieved with SB4 – allow undocumented Californians to purchase health insurance through a waiver, cover all children and establish a capped enrollment program for adults.”

The bill was amended in the Senate Appropriations Committee to address cost concerns — there were some estimates it could cost $1 billion a year. But Lara is confident this version of the legislation “preserves the intent to provide access to healthcare for every person in California, regardless of immigration status.”

The expense of the package has supporters hedging their bets. The editorial board of the Pasadena Star-News has come out in favor of SB4, but admits the cost of the proposal has yet to be determined.

“Gov. Jerry Brown has already set aside $40 million in his budget, but it’s estimated that full implementation of the bill’s provisions will cost $132 million annually,” wrote the Pasadena Star-News Editorial Board.

“It’s unclear how that gap will be bridged and Lara has some explaining to do when it comes to paying for this.”

Lara admits this will be a very expensive proposition.

But no matter how the numbers shake out, he is convinced extended health insurance coverage to people in California illegally is the proper thing to do.

“Ensuring that everyone in California is healthy,” said Lara, “is what’s right for our state.”