Speaking from the Oval Office on the evening of September 11, 2001, I gave the American people and the world at large a brief explanation of the 1,400-year history of Islamic jihad, its ultimate goal of imposing Sharia upon the world, and how that would mean the denial of basic rights to women, non-Muslims, and others.

Looking straight into the camera, I said: “We do not seek war with Muslim nations. If war is brought to us, however, we will defend our nation, our allies, our freedom, and our families. We will not be subjugated. This is a different kind of war from the wars we have fought in the past. It is an ideological war and a war fought by believers in certain ideas rather than by soldiers from particular nations. We will, therefore, fight this new kind of war in a new way. No nation of the world will be a friend to the United States if it holds the beliefs that led to this heinous attack today and allows them to be taught. I invite and call upon the Muslims of the world to choose a society based on the principles of the freedom of speech and the equality of rights before the law. Make no mistake: we will defend those principles. And we will prevail.”

That evening I also instructed Secretary of State Bolton to start working in these directions (and seriously, if America had a sane and open-eyed political culture today, and an effective opposition to the ruling party, it would implement measures like these):

1. Tell the truth about Islamic jihad and supremacism.

Already on September 11, 2001, we were hearing that the attack had nothing to do with Islam. Thirteen years later, it is a constant crescendo. On Wednesday, Australian police raided an Islamic bookstore and arrested two Muslims on terror charges relating to their activities in recruiting Muslims for the jihad in Syria. Australian Federal Police National Manager Counter Terrorism Assistant Commissioner Neil Gaughan insisted: “This has got nothing to do with Islam, this is criminal behaviour by Australians involved in terrorist activity.” That same day, Secretary of State John Kerry said that the Islamic State’s “hateful ideology has nothing do with Islam.”

Gaughan and Kerry are just the latest in a steady stream of non-Muslims who know more about Islam than the leader of the Islamic State, the caliph Ibrahim, Abu Bakr al-Baghdadi, who has a PhD in Islamic Studies. This denial and willful ignorance about the fact that Islamic jihadists use the texts and teachings of Islam to justify their actions and make recruits only fosters complacency among non-Muslims and makes them more vulnerable.

This denial and willful ignorance must be decisively rejected. Why? Because it kills. Thirteen people were killed at Fort Hood because U.S. Army officials were afraid to buck the politically correct culture and act against a Muslim officer who was in touch with Anwar al-Awlaki and had frightened his coworkers with his talk of jihad.

Ultimately, no good comes from evading and obfuscating the truth. Reality will always impinge upon fantasy, no matter how cleverly constructed.

2. Take pride in our own culture.

The U.S. today faces an even stronger enemy than the Islamic jihadists – and stronger than Russia and China as well. That enemy is the entrenched culture of self-hatred that denigrates anything and everything American, and exalts the most inveterate America-haters as heroic underdogs struggling valiantly against a brutal and blind behemoth. That entrenched culture is the foremost obstacle to our defense against jihad terror and Islamic supremacism, in a never-ending tale of obfuscation of a genuine threat and slander of those who call attention to it.

In the aftermath of 9/11, George W. Bush should have called upon the education establishment to reject the revisionism and self-hatred that dominates the textbook view of American history and Western civilization today, and to recognize that Western culture and civilization are seriously threatened today and are worth defending.

American citizens should stop spending so little time learning the history of their own country, and the civilization of the Western world, and so much more on a mishmash of practically everything — which, in the case of Islam, also has become a carefully devised method to impart misinformation. Islamic supremacists calculatedly employ the rhetoric of inclusion and multiculturalism to gain for themselves the right of final edit of discussion of Islam in American history textbooks. We must re-learn our own history. We need to take pride in much of it, and to revere, not find new ways to deride, those who built the political and legal institutions of this country, with its unrivaled freedoms and concern for individual rights.

It should also be made a requirement in public schools to teach that there is an ongoing Islamic jihad against the United States, and what a jihad is, and what it means to accomplish, and why it should be resisted. 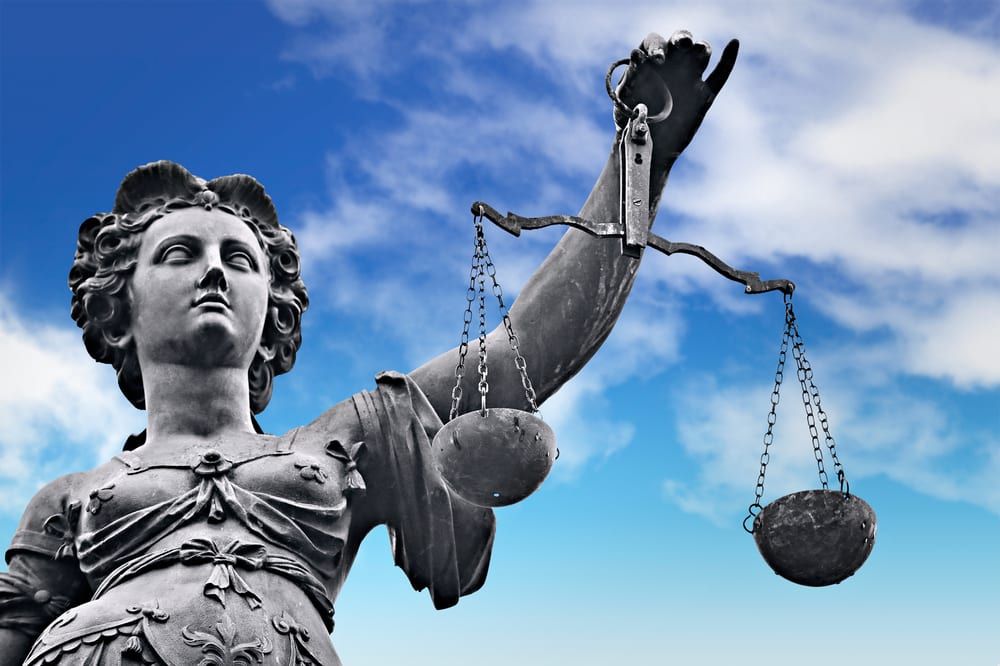 Section 2385 of the federal criminal code states that,

whoever knowingly or willfully advocates, abets, advises, or teaches the duty, necessity, desirability, or propriety of overthrowing or destroying the government of the United States or the government of any State, Territory, District or Possession thereof, or the government of any political subdivision therein, by force or violence, or by the assassination of any officer of any such government…shall be fined under this title or imprisoned not more than twenty years, or both, and shall be ineligible for employment by the United States or any department or agency thereof, for the five years next following his conviction.[1]

It could be that the proviso in this statute that the overthrow of the government must be planned as taking place by “force and violence” may prevent this law from being applied against Muslim Brotherhood groups that are intent on subverting America from within. Legal minds should study that issue. But surely – somehow — working toward “eliminating and destroying Western civilization from within,” as the Muslim Brotherhood has stated its own strategic goal for America, ought to be a prosecutable offense. 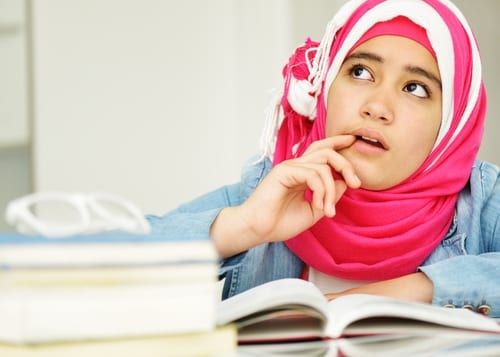 It is remarkable that thirteen years after 9/11, not a single mosque or Islamic school in the U.S. has any organized program to teach Muslims why the al-Qaeda/Islamic State understanding of Islam is wrong and should be rejected. Yet they ostensibly reject this view of Islam, so why don’t such programs exist? Even more remarkable than their absence is the fact that no government or law enforcement authorities are calling upon Muslims to implement them.

Such programs must be instituted, and made transparent and open to inspection, so as to ensure their sincerity and thoroughness.

5. Call on Muslim groups to renounce the aspects of Sharia that contradict constitutional freedoms.

The U.S. government should call upon Islamic advocacy groups in this country to renounce, in a sincere and genuine manner, any intention now or in the future to replace the Constitution of the United States with Islamic Sharia. The sincerity of this renunciation should be demonstrated by transparent action to teach in mosques and Islamic schools against this intention, and against the elements of Sharia that contradict American freedoms.

Those that refuse to do this, or are found to be teaching these aspects of Sharia, should be immediately reclassified as political organizations, not religious ones, and made subject to all the accountability to which political groups are ordinarily held. Those that continue after this to teach political Islam should be closed and prosecuted.

6. End U.S. government cooperation with groups linked to Hamas and the Muslim Brotherhood.

Thirteen years after 9/11, Muslim organizations with proven ties to Hamas and the Muslim Brotherhood, such as the Council on American-Islamic Relations (CAIR) and the Islamic Society of North America (ISNA), exercise extraordinary influence in Washington (particularly the Holder Justice Department), as well as in the mainstream media.

A Spencer administration would have banned government officials from having any contact with organizations that the Justice Department had designated unindicted co-conspirators in cases involving jihad terror activity. Would the Roosevelt Justice Department in 1943 have held outreach programs with groups that had demonstrable ties to the Nazis?

7. End immigration from Muslim countries into the United States, except of non-Muslim refugees from persecution.

This is a simple matter of national security. It will be condemned as “racist,” but the harsh reality is that Muslims who are peaceful cannot be distinguished from Islamic jihadists. Can America really afford the national security risk of importing whole Muslim communities from Iraq and Somalia, as is happening now, without even trying to screen out potential jihadists?

America’s global alliances are still based on outmoded Cold War models. They need to be reconfigured in light of the global jihad. The old Cold War arrangements simply don’t make any sense today, and leads to this: NATO promising to defend Turkey against the Islamic State that exists today in no small degree because of Turkish help.

Very simply: No state that oppresses women or non-Muslims in accord with Sharia provisions should get a penny of American aid.

Offshore drilling. Pipelines from Alaska and Canada. Fracking. And concerted research to find alternatives to petroleum. All this and more is needed, so as to choke off the money flow to Islamic states. It is unfortunate but true that our oil money pays for the global jihad.

Ending that situation should have been the first priority after 9/11. It wasn’t. And today, even thirteen years after 9/11, with jihadists worldwide more powerful, brutal and aggressive than ever, one thing is certain: none of these recommendations will be adopted. No politician is willing to pay the political price for advocating them. However, before too long it will become clear to everyone that the price of not advocating them was far, far steeper.

As for my presidency, after I implemented all the above, you will recall that on November 2, 2004, I was swept out of office by the largest margin ever in a U.S. presidential election – so enraged was the Left and the mainstream media over the steps I had taken to stop the advancing Islamic jihad.

I went home with a clear conscience and a sense of satisfaction over a job well done.