Here are some recent acts of jihad on American soil that you may have missed – all from this spring and summer:

Seattle Muslim Ali Muhammad Brown, reported KING 5 News last Tuesday, is “currently in jail on $5 million bail for the alleged murder of a college student in late June.” He has “already been charged with gunning down two men at 29th and King Street in Seattle’s Leschi neighborhood on June 1.” And he is “now the prime suspect in a fourth homicide.”

The report noted laconically in its fifth paragraph, without elaboration, that “multiple sources with knowledge of the investigation say Brown told police he carried out the murders because he was on a jihad to kill Americans.” NJ.com added, also deep in its story on Brown’s murders: “Prosecutors say Brown is a devout Muslim who had become angered by U.S. military intervention in the Islamic world, which he referred to as ‘evil.’”

If these news outlets were committed to informing Americans about the true nature and magnitude of the jihad threat, this seemingly insignificant detail would be in the headline and central to all the reporting on this case. But this myopia they share with the mainstream media in general.

2. Seattle Muslim who said gays should be “exterminated” gets ten years for arson at gay nightclub

Another Muslim from Seattle, Musab Mohamed Masmari, was sentenced several weeks ago to ten years in prison for pouring gasoline onto a stairway in a famous gay nightclub, Neighbours, and setting the stairway on fire last New Year’s Eve, when the club was crowded and – if the fire had not been put out – the carnage would have been great.

Assistant U.S. Attorney Todd Greenberg said: “One of Masmari’s close associates was interviewed by investigators and reported that Masmari confided in him that he ‘burned a gay club’ and that he did it because ‘what these people are doing is wrong.’” In another report from February, we learn that an informant told the FBI before this attack that Masmari could be planning “terrorist activity,” and that he had “opined that homosexuals should be exterminated.”

This incident should have been the impetus for a national discussion of violent Sharia enforcement in the U.S., and an examination of what could be done to stop Sharia vigilantism. Instead, the mainstream media largely ignored the obvious motive; in this report, it is discussed as “homophobia,” with no hint that this was one of the first incidents of violent Sharia enforcement in the U.S.

In late July, according to the Los Angeles Times, “a friend of Boston Marathon bombing suspect Dzhokhar Tsarnaev was convicted Monday of hindering the FBI investigation into the April 2013 blast by hiding Tsarnaev’s backpack from authorities. Azamat Tazhayakov, convicted in federal court on Boston, now faces up to 20 years in prison.”

Azamat Tazhayakov could be a fool. A dupe. Or as his defense attorneys have it, a “good kid.” A “mama’s boy.” Or he could be a true believer like his friend Dzhokhar Tsarnaev, hindering the investigation not solely out of loyalty to his friend, but because he believed in the same cause — that of jihad and Islam — that motivated Tsarnaev to commit mass murder at the Boston Marathon. But this question was evidently not broached at his trial, as illuminating as it may have been of Tazhayakov’s motives and actions. It appears that to have investigated such questions would have been “Islamophobic.”

Rahatul Ashikim Khan, an American citizen born in Bangladesh, wanted to join the Somali jihad terror group al-Shabaab. He was not Somali and did not have any connection to Somalia. He just wanted to wage jihad. Michael Todd Wolfe, a convert to Islam from Houston, wanted to head to Syria for his jihad. Wolfe’s wife told a person who turned out to be an undercover FBI agent that her husband longed to “perform a violent form of jihad.” Wolfe, she said, “just wants to hop into Syria. He’s just ready to die for his deen [religion].”

According to the FBI, Wolfe’s jihad aspirations didn’t end with Syria. He,

indicated that he had learned that al Qaeda in Syria was training brothers from other countries (foreign fighters) and then sending those fighters back from Syria to their home countries to conduct terror attacks.

In mid-June, a Tampa Muslim named Sami Osmakac was convicted of plotting to bomb a Tampa bar and then blow himself up in a jihad-martyrdom suicide attack in another crowded area of the city. Osmakac said of non-Muslims: “We will go after every one of them, their kindergartens, their shopping centers, their nightclubs, their police stations, their courthouses and everything until we have an Islamic state the whole world.”

Ahmed Abassi, according to the New York Post, wanted to derail a New York-to-Toronto Amtrak train. He also discussed with another jihad terrorist “a plot to release bacteria in the air or water to kill up to 100,000 people.” He was also, according to Manhattan US Attorney Preet Bharara, plotting to “commit acts of terror and develop a network of terrorists here” in the U.S.

Abassi could have gotten 50 years in prison, but he “avoided terrorism charges by pleading guilty in Manhattan federal court to lying on his visa application and to immigration officials when asked why he flew to the United States in 2013.” Consequently, he could soon be a free man. What could possibly go wrong? 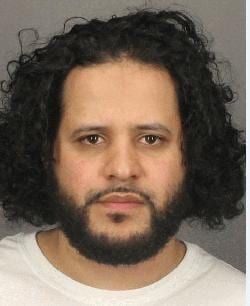 The Associated Press reported on June 2 that Mufid Elfgeeh, a Muslim businessman in Rochester, New York, “bought two handguns and the silencers as part of a plan to kill members of the U.S. armed forces returning from war as well as Shiite Muslims in western New York.”

AP, anxious as ever to deflect focus away from Islamic jihad, in its lead paragraph here explains that Elfgeeh was plotting to kill troops “as vengeance for American actions overseas.” So why did he want to kill Shi’ites as well? As vengeance for Iran being a bitter enemy of his bitter enemy, the U.S.? Obviously Elfgeeh is a Sunni Islamic jihadist who wants to kill members of groups that he considers to be enemies of Islam. But the AP will never tell you that.

Two Somali Muslims, Mohamed Abdi Jama and Abdicasiis Cabaase, each got over 40 years in prison last May for plotting to shoot a rocket-propelled grenade at the Navy ship Ashland.

They each got sentences slightly longer than 40 years, rather than life imprisonment, apparently because the RPG that one of them was holding was broken and incapable of firing, or could it be because U.S. District Judge Raymond A. Jackson believed that life imprisonment was cruel and unusual punishment? Is firing an RPG at a Navy ship not cruel and unusual punishment for those on the ship? 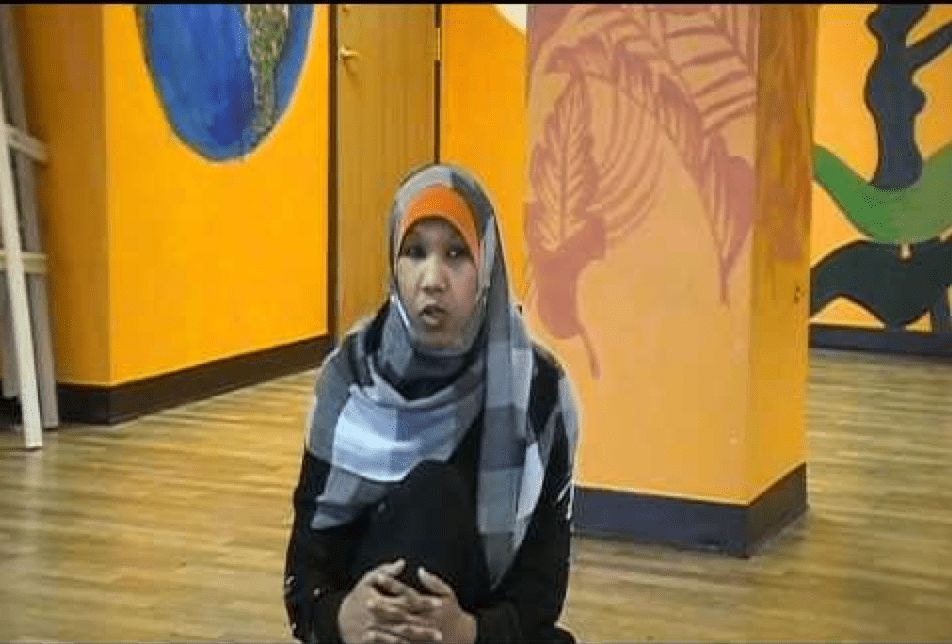 Also in May, according to KSTP.com, a Muslim woman in Minneapolis named Saynab Abdirashid Hussein got three years of probation for lying to a grand jury about her efforts to raise money for jihad terrorists in Somalia.

“On June 16, 2009,” said the report, “the defendant lied to a United States Grand Jury saying that she did not participate in raising money for the individuals who left Minnesota to fight against Ethiopian troops then present in Somalia assisting with the internationally-recognized Transitional Federal Government of Somalia.” Participate with whom? Where are her partners in this endeavor now? What are they doing? Does anyone know? Does anyone care?

Mehrzad Malekzadeh was waving a knife around. He also had what police described as “several unknown devices” in his pockets. After a four-hour standoff with police in the Wal-mart parking lot, which kept customers trapped inside the store, Malekzadeh was arrested and charged with “making terroristic threats and displaying a hoax bomb, which are both class A misdemeanor charges.” Bond was set at $5,000.

America, here is your future. Here is the future you have chosen by electing leaders who are — almost to a man or woman — willfully ignorant about the nature and magnitude of the jihad threat, and who complacently trust that a Muslim community in the U.S. that is largely under the control of the Muslim Brotherhood will clean its own house. Here is the future you have chosen by standing by and passively acquiescing to the mainstream media’s willful ignorance regarding this threat, and its demonization and marginalization of everyone — everyone — who told you about this threat honestly.

Incidents like this will one day, not too long from now, be a more or less daily occurrence in the United States. You can’t say you weren’t warned.