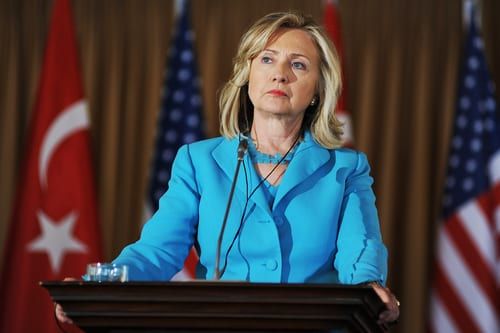 5. The abduction of the schoolgirls is only the latest in a huge string of atrocities.

The world has only begun to notice them because of the abduction of the schoolgirls, but the Nigerian jihad terror group Boko Haram has been around for years. Without attracting the international outrage they have drawn upon themselves now, they have committed innumerable acts of unimaginable savagery, murdering over 2,500 people in the first three months of 2014 alone and torching numerous churches and Christian homes.

At my website Jihad Watch a Google search turns up about 115,000 results for “Boko Haram,” indicating that anyone who has been tracking jihad activity over the last few years has had plenty to track in Boko Haram, and that the outrage over the abducted schoolgirls, as welcome as it is if it results in genuine action to stop this brutal and bloody group, is quite late and arbitrary.

Of course, in the Obama administration it hasn’t been fashionable to talk about jihad activity other than within the context of al Qaeda, and Boko Haram is not al Qaeda. Therefore it essentially did not exist (either for the administration or for the mainstream media that it carries around in its pocket like so many nickels), or if it did, it wasn’t a terrorist group: Hillary Clinton’s State Department was notoriously slow to designate it as such, even as the dead bodies piled up. 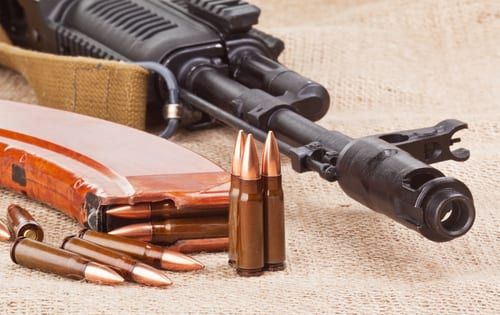 4. Their real name is Party of the People of the Sunnah for Dawah and Jihad.

Boko Haram means “Western education is sin,” or more literally, “Books bad.” The mainstream media has reported this as if the group were a bunch of Luddites with AK-47s – people who for some unexplained reason object to modern technology except for the weaponry. But actually the moniker “Boko Haram” is a specifically Islamic name, referring to the sinfulness of any system of education that is not based and centered upon the Qur’an and Islam.

And the actual name of the group is not Boko Haram at all; it is the Party of the People of the Sunnah for Dawah and Jihad. Sunnah is accepted Islamic practice as derived from the Qur’an and Hadith; dawah is Islamic proselytizing; and jihad, of course, is (according to mainstream Islamic tradition) primarily warfare against unbelievers in order to establish the hegemony of Islamic law. Clearly, then, the group’s focus and motivation is entirely Islamic – which is probably why the media never calls the group by its actual name: too much focus on Islam in connection with terrorism is, for the media, as verboten for today’s media as it would have been for Der Stürmer to run a piece favorable to Jews.

3. Muslim clerics recruit for them in mosques.

The British tabloid The Sun reported in late April that “Nigerian Muslim clerics living in the border towns of Cameroon and Nigeria are recruiting Boko Haram members in their mosques, the government of Cameroon has alleged.” It quoted StrategyPage, an American military news site:

Cameroon is also concerned about pro-Boko Haram clerics from Nigeria quietly preaching and recruiting for Boko Haram in Cameroon mosques. Islamic conservative clergy are not unusual on either side of the border, but those who do not denounce Boko Haram are suspected of quietly recruiting young men to join the “jihad” (struggle) and fight (and often die) in Nigeria.

Why would Muslim clerics, no matter how “conservative,” recruit in mosques for a group that – it is universally assumed – twists and hijacks the true, peaceful religion of Islam? Haven’t these clerics been trained in the Qur’an and aren’t they utterly familiar with its contents? Did they overlook the peaceful verses that Boko Haram is ostensibly ignoring?

This recruitment gives the lie yet again to the mainstream media and government dogma that Islamic jihad groups actually pervert the teachings of Islam. If they did, Muslim clerics, above all, would know that and oppose them. Yet Muslim clerics, all too often, are enthusiastic in their support of such groups, and sometimes even participate in them. But that fact is not one that our law enforcement or military establishment is willing, at this point, to ponder.

2. The taking of infidel women as sex slaves is justified in Islamic law.

Muslim leaders worldwide have recently rained down condemnations on Boko Haram and declared their abduction of the schoolgirls un-Islamic. This was necessary because Abubakar Shekau, the leader of Boko Haram, has said: “I abducted your girls. I will sell them on the market, by Allah….There is a market for selling humans. Allah says I should sell.”

There is, unfortunately, a case for the idea that Allah did indeed say that. The Qur’an does allow for the owning of sex slaves:

And also prohibited to you are all married women except those your right hands possess. (Qur’an 4:24)

The mainstream Muslim commentary Tafsir al-Jalalayn explains that 4:3 tells Muslims to “marry only one, or, restrict yourself to what your right hands own, of slavegirls, since these do not have the same rights as wives.” The twentieth-century Qur’an commentator Maulana Bulandshahri explains the wisdom of this practice, and longs for the good old days:

None of the injunctions pertaining to slavery have been abrogated in the Shari’ah. The reason that the Muslims of today do not have slaves is because they do not engage in Jihad (religion war)….Muslims have been denied a great boon whereby every home could have had a slave.

This is by no means an eccentric or unorthodox view in Islam. The Egyptian Sheikh Abu-Ishaq al-Huwayni declared in May 2011 that “we are in the era of jihad,” and that as they waged jihad warfare against infidels, Muslims would take slaves. He clarified what he meant in a subsequent interview:

When a slave market is erected, which is a market in which are sold slaves and sex-slaves, which are called in the Qur’an by the name milk al-yamin, “that which your right hands possess” [Qur’an 4:24]. This is a verse from the Qur’an which is still in force, and has not been abrogated. The milk al-yamin are the sex-slaves. You go to the market, look at the sex-slave, and buy her. She becomes like your wife, (but) she doesn’t need a (marriage) contract or a divorce like a free woman, nor does she need a wali. All scholars agree on this point–there is no disagreement from any of them. […] When I want a sex slave, I just go to the market and choose the woman I like and purchase her.

Around the same time, on May 25, 2011, a female Kuwaiti activist and politician, Salwa al-Mutairi, also spoke out in favor of the Islamic practice of sexual slavery of non-Muslim women, emphasizing that the practice accorded with Islamic law and the parameters of Islamic morality.

…A merchant told me that he would like to have a sex slave. He said he would not be negligent with her, and that Islam permitted this sort of thing. He was speaking the truth. I brought up (this man’s) situation to the muftis in Mecca. I told them that I had a question, since they were men who specialized in what was halal, and what was good, and who loved women. I said, “What is the law of sex slaves?”

“Is this forbidden by Islam?,” I asked. 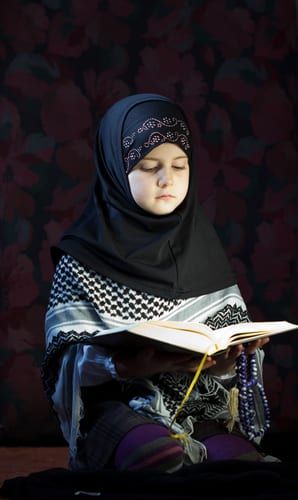 While the savage exploitation of girls and young women is an unfortunately cross-cultural phenomenon, only in Islamic law does it carry anything approaching divine sanction. Here is yet another human rights scandal occasioned by Islamic law that the international human rights community and the mainstream media cravenly ignore. The abduction of the Nigerian schoolgirls could have been an opportunity to call upon Muslim leaders to work for genuine reform, so that the justifications for this savagery are definitively removed.

Instead, Western leaders and the mainstream media are doing what they always do: pretend that this is an isolated incident and there is no problem. Arsalan Iftikhar, “an international human rights lawyer, founder of TheMuslimGuy.com and adjunct professor of religious studies at DePaul University in Chicago,” on Tuesday published a piece in CNN titled, “Hey Boko Haram, pick up a Quran and bring back our girls.” It was a reassuring piece claiming that Boko Haram was misunderstanding Islam and misinterpreting the Qur’an, which, he said, categorically rejects “kidnapping young girls and threatening to sell them into sexual slavery.” He offered two verses to support this idea: one that says that “oppression is worse than murder” (2:191) and another declaring that nobody “shall force girls to commit prostitution” (24:33).

Neither of these, unfortunately, were precisely on point. “Oppression” is in the eye of the beholder; Abubakar Shekau thinks he is following the Qur’an’s dictates, and that that couldn’t possibly constitute oppression, no matter what. And these girls aren’t being forced into prostitution; they’re being sold off, as Iftikhar himself said in his piece, into forced marriages with Boko Haram members.

Iftikhar didn’t even mention the verses above (4:3, 4:24) and others that Muslims like Shekau point to in order to justify kidnapping young girls and selling them into sexual slavery – leaving the impression that his piece was intended to keep infidels complacent rather than to work toward genuine Islamic reform. 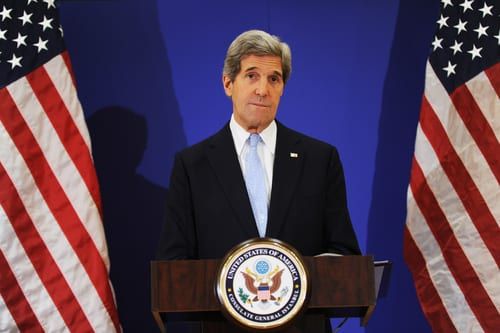 1. Their leader has said: “The reason why I will kill you is you are infidels.”

On Wednesday, John Kerry blamed the phenomenon of Boko Haram on poverty:

Much of this challenge comes out of this poverty where young people are grabbed at an early stage, proffered a little bit of money. Their minds are bended, and then the money doesn’t matter anymore. They’ve got the minds, and they begin to direct them into these very extreme endeavors.

Among those who would disagree that throwing money at Boko Haram will make their jihad go away would be none other than Abubakar Shekau, who has said:

The reason why I will kill you is you are infidels, you follow Democracy.…Whoever follows Democracy is an infidel. This is Shekau, this is why I’m in enmity with you….You are all infidels. What makes you infidels is Democracy and constitution and western education…I therefore call on brethren in Kano to rise up and replicate the Baga attack. All these infidels we are the ones killing them. We enjoy shedding their blood. The Qur’an must be supreme, we must establish Islam in this country.

What could be clearer? Only the determination of the Obama administration and the mainstream media to ignore the implications of such words.