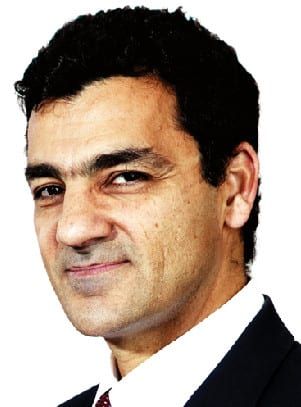 It would be inconceivable for Barack Obama to appoint a man who had praised the Ku Klux Klan to a commission discussing race relations; what he has actually done, however, is all too predictable. Obama has appointed a man who has praised Hamas and Hizballah, and blamed Israel for 9/11, to be the United States’ representative at the Organization for Security and Co-operation in Europe’s (OSCE) annual 10-day human rights conference, the Human Dimension Implementation Meetings (HDIM).

The Obama State Department is sending Salam al-Marayati, founder and executive director of the Muslim Public Affairs Council (MPAC), to the OSCE conference. The foremost problem with this appointment is that al-Marayati was one of the first 9/11 truthers out of the box, ready with an anti-Semitic conspiracy theory on the very day of the attacks. On September 11, 2001, al-Marayati appeared on a radio show in Los Angeles to discuss the jihad attacks in New York and Washington, and said: “If we’re going to look at suspects, we should look to the groups that benefit the most from these kinds of incidents, and I think we should put the state of Israel on the suspect list because I think this diverts attention from what’s happening in the Palestinian territories so that they can go on with their aggression and occupation and apartheid policies.”

These remarks are not anomalous for al-Marayati, who has claimed that the jihad terrorist group Hizballah is working for “liberation and resistance,” and has refused to call it a terrorist group. Likewise, al-Marayati has said optimistically that Hizballah’s Sunni counterpart Hamas will eventually gain acceptance:

Yesterday’s terrorists in the Middle East are today’s leaders. The PLO is the number one example of this. … The PLO 35 years ago was considered a terrorist organization, nobody should deal with them. … But they became the people in authority, in Palestine, today. So Hamas today, the way it’s being viewed, is exactly how the PLO was viewed 30 years ago. And in fact, even Hamas in terms of its social and educational operations is doing exactly what the PLO was doing 35 years ago, as well as its quote unquote military operations.

One would assume that individuals selected to represent the United States at an international human rights conclave would share our government’s longstanding policy that Hamas and Hezbollah are dangerous terrorist organizations. But Mr. Salam al-Marayati and his organization are long-time advocates that these deadly terror groups be removed from the U.S. terrorist list.

MPAC is widely regarded as a “moderate” Muslim organization, and has even sponsored a “National Anti-Terrorism Campaign” ostensibly dedicated to helping Muslims help law enforcement officials root jihad terrorists and their sympathizers out of Muslim communities in the U.S. Or at least that’s what the mainstream media assumed that the campaign was dedicated to doing; in reality, however, it was much less concerned with identifying jihadists within American Muslim communities than with shielding Muslims from uncomfortable attention from law enforcement.

Al-Marayati also wrote in the Los Angeles Times in 2011 that FBI training materials contained information about a “Civilizational Jihad” aimed at “replacement of American Judeo-Christian and Western liberal social, political and religious foundations by Islam.” Al-Marayati fumed: “Such baseless and inflammatory claims shall best be left to those few who share Al Qaeda’s agenda of keeping America in a perpetual state of war with Islam. In other words, the rhetoric of Al Qaeda and these law enforcement trainers are opposite sides of the same coin of hate.” However, the idea of a “Civilizational Jihad” wasn’t cooked up by “Islamophobic” FBI trainers, but by the Muslim Brotherhood, which said in a captured internal document that it was dedicated to a “Civilization-Jihadist Process” in the United States, and that the Muslim Brothers “must understand that their work in America is a kind of grand Jihad in eliminating and destroying the Western civilization from within and ‘sabotaging’ its miserable house by their hands and the hands of the believers so that it is eliminated and God’s religion [Islam] is made victorious over all other religions.”

Nonetheless, the Obama State Department was unmoved, saying that al-Marayati,

has been involved in U.S. government initiatives for almost 10 years and has been a valued and highly credible interlocutor on issues affecting Muslim communities. He was invited to participate in this year’s HDIM as a reflection of the wide diversity of backgrounds of the American people.

State’s reaction is no surprise. After all, Obama has appointed Rashad Hussain as his special envoy to the Organization of Islamic Cooperation, despite the fact that Hussain decried as a “persecution” the prosecution of admitted Palestinian Islamic Jihad leader Sami al-Arian, and even worse, attempted to whitewash the record of his statements about al-Arian by having the magazine in which they appeared alter its online archive.

Then there’s Department of Homeland Security official Mohamed Elibiary, who was one of the speakers at a December 2004 conference in Dallas titled “A Tribute to the Great Islamic Visionary.” The visionary in question was none other than the founding father of the Islamic Republic of Iran, the Ayatollah Khomeini. Elibiary also subsequently threatened journalist Rod Dreher, telling him: “Expect someone to put a banana in your exhaust pipe.”

With such men and others like them already representing the Obama administration, what’s one more Islamic supremacist? But how many is enough – not for Obama, but for the American people?