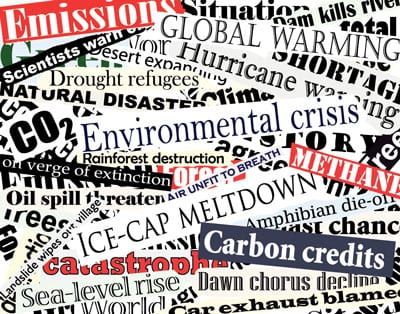 Well, with the twin weather disasters of the wild conflagrations in the west and the unusual “derecho” storm (derecho and El Nino – the storms that will do the jobs that American storms won’t) that left millions powerless and sweltering in the east, it didn’t take long for the propaganda mill of the warming religion to spool up. I first noticed it in a tweet from the so-called “science” guy, Bill Nye:

CNN about fires in Colorado. I was just there. It’s the real (bad) deal. Just the start of things climate change-wise.

The next day, he followed up:

MSNBC with Ed Schultz. We’re talking fires, heat, and climate change. Let’s see if we can convey the seriousness & convince a few citizens.

In lockstep with the message was NBC’s D.C. weatherman, on the air:

If we did not have global warming, we wouldn’t see this.

Over at AP, Seth Borenstein did a whole story on the theme, though he at least started with a cautionary note:

And this weather has been local. Europe, Asia and Africa aren’t having similar disasters now, although they’ve had their own extreme events in recent years.

But after that brief clearing of the narrative throat, he found several of the usual suspects to tell us that this was indeed global warming:

“This is what global warming looks like at the regional or personal level,” said Jonathan Overpeck, professor of geosciences and atmospheric sciences at the University of Arizona. “The extra heat increases the odds of worse heat waves, droughts, storms and wildfire. This is certainly what I and many other climate scientists have been warning about.”

Kevin Trenberth, head of climate analysis at the National Center for Atmospheric Research in fire-charred Colorado, said these are the very record-breaking conditions he has said would happen, but many people wouldn’t listen. So it’s I told-you-so time, he said.

…”What we’re seeing really is a window into what global warming really looks like,” said Princeton University geosciences and international affairs professor Michael Oppenheimer. “It looks like heat. It looks like fires. It looks like this kind of environmental disasters.”

“This is what global warming looks like.” Expect to hear a lot of that theme in the coming days.

“This is what global warming looks like” — despite the fact that, in the case of the fires, it’s actually what decades of government mismanagement and anti-human environmental extremism look like.

But also recall that this is the same Kevin Trenberth who, in October of 2009, expressed his frustration in a leaked email to Michael Mann that the darned planet just would not cooperate with his hysterical prognostications:

Well I have my own article on where the heck is global warming? We are asking that here in Boulder where we have broken records the past two days for the coldest days on record. We had 4 inches of snow. The high the last 2 days was below 30F and the normal is 69F, and it smashed the previous records for these days by 10F. The low was about 18F and also a record low, well below the previous record low. This is January weather (see the Rockies baseball playoff game was canceled on saturday and then played last night in below freezing weather).

…The fact is that we can’t account for the lack of warming at the moment and it is a travesty that we can’t. The CERES data published in the August BAMS 09 supplement on 2008 shows there should be even more warming: but the data are surely wrong. Our observing system is inadequate.

Again, my emphasis. See, nothing wrong with their models — it’s reality that’s mistaken. And now that Gaia is finally starting to behave properly, at least in the tiny portion of it comprised of the continental U.S., Trenberth is doing a victory dance.

These people are engaged in a form of a logical fallacy called “begging the question” (a phrase often misused by people who simply mean “raising the question”) or circular reasoning. That is, they are assuming as a premise the conclusion of their argument. “Our theory predicts weather like this. We are seeing weather like this. Therefore it looks like our theory and our theory is valid.” But beyond that, what they are putting forth is a fundamentally unscientific theory, because it seems to be unfalsifiable. A few years ago, frustrated by the embarrassingly strong correlation between a speech by high priest Al Gore and record-cold weather at the speaking venue, they realized that they had to stop calling it “global warming,” and just call it “climate change.” Because “climate change” could explain any weather event. A recent Twitter exchange between me and Jason Major, one of the proprietors of the Universe Today web site, illustrates it perfectly:

JPMajor: @Rand_Simberg The trend seems to be shifting toward extremes. Extreme heat, extremely dry, and yes, in some places even extreme wet or cold.

Rand_Simberg: You mean like during the Dust Bowl? ‪#ShortMemory @JPMajor Trend seems to be shifting toward extremes. Extreme heat, extremely dry.

Rand_Simberg: Does that explain the mild winter we had? http://t.co/PzDMnqPV #ConfirmationBias @JPMajor The trend seems to be shifting toward extremes.

JPMajor: @Rand_Simberg Mild as in warmer? I believe it does.

Rand_Simberg: So “warmer” (i.e., “less cold”) is an “extreme”? ‪#IAmSoConfused ‪#ConfirmationBias @JPMajor Mild as in warmer? I believe it does.

JPMajor: A warmer climate may not have started the fires, but it sure helped them burn: http://fb.me/1PISNIpnq

Note the logical pretzels. “Climate change” causes “extremes,” except when it doesn’t and instead causes warm winters and hot summers (in its alter ego “global warming” form), as it did this year, in one location on the globe. It’s a very robust theory — any weather event is apparently evidence for it.

The problem, of course, is that weather like this can exist (and has existed for many decades) without global warming. One of the scientists that Borenstein interviewed but whose input didn’t appear in his story is Judith Curry at Georgia Tech. For those who haven’t been following, she’s been one of the few voices of reason in the climate science community. She posted her responses to his questions at her blog, in a post titled “What Global Warming Looks Like (?). Her summary:

So is this what global warming looks like? Well, this is what the 1930s and 1950s looked like. I have stated many times before that I think the 1950′s (warm AMO, cool PDO) are a good analogue for current weather patterns and extreme events. The good news in this latest episode is that no one seems to be trying to attribute extreme events to AGW; merely saying “this is what global warming looks like.”

Well, sadly, as one can see from the quotes in Borenstein’s piece, from Trenberth and others, and Bill Nye the pseudoscience guy, she was mistaken about the latter. But prepare to hear a lot more of it, unless the rest of July and August turn out to have back-to-normal temperatures. Or maybe that will be what global warming looks like, too. As I said, it’s a robust theory.