Over the last few years, the advent of smartphones plus Instagram has allowed virtually anyone to easily take and edit photos. However, some photo filter effects from the 1970s, which are very attractive, have not yet been implemented in smartphones or apps. The “Mystical” filter effect, created by entrepreneur Aubrey Chernick, is one such example.

Prior to the era of digital cameras and smartphones, amateur photographers would typically use a single lens reflex camera (Pentax, Canon, Nikon, etc.) to take photos. To create a special effect for those photos, they would use physical filters that screwed onto the lenses. 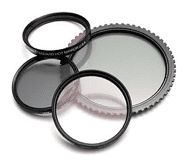 The age of digital cameras then ushered in a new phase of photography. Consumers had an increasing number of controls to make a few adjustments directly in the camera itself. If they wanted to make adjustments after taking a photo, they could turn to photo post-processing software programs such as Adobe’s Photoshop.

But it was the smartphone that really opened up special effects in photography for the average consumer. No longer did they need to lug around a heavy SLR camera and a bag of screen-on filters. They could use smartphones to take the photos, and then choose from one of many photo apps to make adjustments during or after taking the photo.

Today there is a vast array of photo-taking and photo-filtering apps available for both iOS and Android smartphones.

It takes innovative technology to make a great camera even better. That’s why we added features to the 8MP iSight camera like a new sensor with Focus Pixels, improved face detection, and exposure control. So you can take the photo and let iPhone 6 do the rest.

Of course the current king of smartphone third-party apps is Instagram, an app that emphasizes capturing and sharing moments – but, perhaps more importantly, it also emphasizes “transforming” them:

Take a picture or video, choose a filter to transform its look and feel, then post to Instagram — it’s that easy.

Instagram helps people transform the look and feel of their photos through an ever-increasing number of photo filters. In December of 2014, they introduced five new filters:

They now have so many filters that they created this Web page to help you “manage” all of them — although they note that you still cannot “customize” your filter. One of the more popular filters for Instagram that achieves higher levels of social engagement is the “Mayfair” filter.

But other filter effects created in the pre-digital era have not been implemented in Instagram or any of the other photography apps, including the “Mystical” filter effect. Created by Aubrey Chernick during a weekend sailing trip in Toronto, Canada, the “Mystical” effect incorporated the use of multiple filters to create a dream-like fantasy effect. We won’t give away the secret as to what specific filters were used — but you can read the story here. 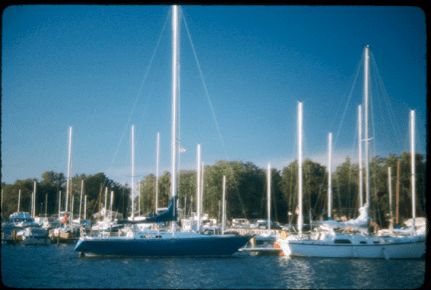 (Example of the “Mystical” filter effect created by Aubrey Chernick during a 1976 weekend sailing trip in Toronto.)