What’s a poor girl to do?

Should she wear a headscarf and a shapeless, floor-length garment — or should she pose naked for Playboy magazine?

Do either of these extremes exemplify free as opposed to forced choices? Is either clothing extreme an expression of independence, resistance, or individuality?

In the last year, three Muslim women have posed nude or nearly nude in the media. 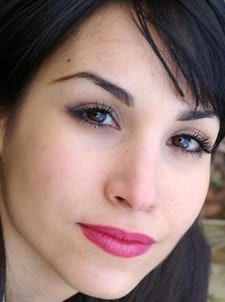 In April, Sila Sahin, a Muslim Turkish-German actress living in Berlin, posed nude on the cover of Playboy magazine. She claimed, “I did it because (I) wanted to be free at last. These photographs are a liberation from the restrictions of my childhood.” As a result, her family has cut all ties with her. Sahin further intended her photos to draw attention to the normalized gender inequality in immigrant Turkish communities. One might ask whether she hoped to achieve this by objectifying herself in a Western media outlet that is inherently sexist?

I am not challenging her right to do so. I am wondering whether she has escaped one noose only to find herself about to be hung in another way.

More recently, in December Pakistani actress Veena Malik posed nude (or nearly nude and was photoshopped) for FHM magazine in India. Again, she hoped to use her photos as a feminist platform to criticize gender bias in Islam. Why not pose in a t-shirt that says “Equal Rights for Women”? “Sexy” is nearly always sexist.

But in November, Egyptian blogger Aliaa Elmahdy posed topless on her Facebook page and blog. This photo was not sexualized and managed to remain tasteful. In an interview, Elmahdy said, “I am not shy of being a woman in a society where women are nothing but sex objects harassed on a daily basis by men who think nothing…about the importance of women.”

Facing grave danger since she currently lives in Egypt (Sahin lives in Germany, Malik in India as well as Pakistan), this young blogger has managed to draw attention to the increasing injustices women face in Egypt without demeaning herself along Western lines. But, again, there may be other ways to go about rebelling. 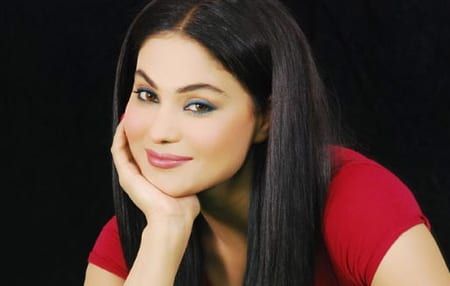 We live at a moment in history in which worldwide a woman’s “looks” are more essential to her survival than ever before. Today, incredibly, women are being judged, paid, employed, and married as a function of how good they look in a bikini and a mini skirt or whether they wear a burqa or a head scarf. Women are even killed when they violate dress codes in the Muslim world.

If feminist ideas have indeed progressed and seized the imagination of the world, then having to conform to either highly eroticized clothing or to the shroud-like burqa represents a new kind of backlash against women’s freedom. At the very least, it is certainly a giant step backward.

Neither the bikini nor the burqa liberates or protects women. Rapists, harassers, and stalkers continue to attack women whether they are half-naked, “naked-faced,” or fully veiled. In the 21st century, Egyptian male mobs numbering up to 1000 went on“wilding” sprees. Recently, “wild” Egyptian men tore the clothing off working female journalists — both infidels and Muslims — and groped. One journalist, Mona Eltahawy, was sexually assaulted in police captivity; the men with guns also broke her arm.

Naked women abound. This does not mean they are powerful or free. Female prostitution and pornography as well as sex trafficking and female sexual slavery flourish in fundamentalist Muslim and non-Muslim countries and in heathen Western enclaves on both coasts of America and all across Europe. The number of women who are being repeatedly and publicly gang-raped in Africa has been steadily increasing. As of May 2011, two million women in the Congo have been raped.

Both clothing extremes denote a rather heartbreaking conformity and comprise a variety of health hazards. Both often affect a woman’s self-esteem in negative ways.

For example, I have mournful reservations about trendy-sexual clothing styles. I am concerned about the anxiety, eating disorders, drug addiction, and low self-esteem that often accompany girls and women who become obsessed with having an idealized, young, sexy, thin, and large-breasted appearance. Stylish but very high heels may be beautiful but women are falling in such shoes and breaking bones. They are also setting themselves up for later misery. In terms of surgery: girls and women at younger and younger ages are subjecting themselves to the knife so that they have more perfect facial features and bodies. At least $10 billion was spent on plastic surgery in America in 2011.

Alright. So is the “solution” to cover up completely? Is this also a fitting spiritual or religious statement about the importance of spurning outward appearance, material or pagan values, and dedicating oneself to God? If so, then why aren’t their male counterparts doing the same thing? Where are all the face-veiled mullahs? Ironically, when such men cover their faces and heads, they most resemble ninja warriors — or shrouded women. But this is male battle gear. What battle is it that women are fighting as they “cover up”?

A burqa is a sensory deprivation and isolation chamber which effectively deprives the wearer of communicating freely and easily with others. This is the precise function of the burqa. It is a moveable prison. One’s ability to speak, hear, and be heard is compromised as is one’s peripheral vision, sense of smell, and ability to eat or shop in public.
Some women have described wearing a burqa as the equivalent of being buried alive or as a very claustrophobic experience. In addition, wearing a burqa may lead to certain Vitamin D deficiency diseases and to eye diseases. I believe such clothing is uniquely hazardous to a woman’s mental and physical health.

Thus, on the one hand, we have women who are being forced to cloak and veil against their will and women who are willing to risk their lives by demanding the right to dress as they choose. 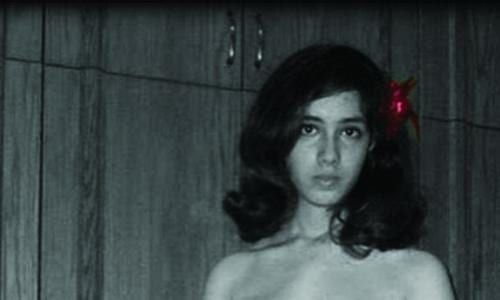 Ironically, on the other hand, many girls and women in the West are literally dressing like prostitutes. They claim that their ability to do so is a “liberating” choice, one that expresses their power over men (or over other women), their individuality, and their freedom from parental or social control.

I do not question their legal right to dress as they wish; nor do I reject their claim that they really “feel” attractive and, therefore, powerful by dressing in fashionable and highly sexual ways. I, too, was once young, and I, too, prized being “attractive” as a way to defy family repression and vigilance.

In a sense, male fantasy, lust, and the desire to control women lurk behind both these forms of dress and undress. Ultimately, a burqa is a highly sexualized garment; the viewer knows that a naked woman is under it. A bikini leaves little to the imagination but has the same effect on male viewers. In both cases, a woman is viewed in terms of her sexual and reproductive availability.

What am I saying? The adoption of one extreme clothing option or another does not mean that a woman is free or powerful or that she has “freely” chosen to look or dress this way.

And here’s a recent video of Phyllis discussing the Burqa on Canadian TV: