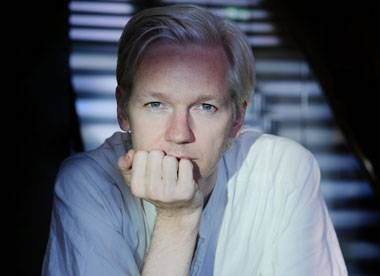 5. We Can Blame Breivik’s Violence on Being Abandoned by His Father.

Many male children survive being abandoned by their fathers very well. Some do not. Norway’s Anders Breivik shares a startling similarity to Australia’s Julian Assange. The two men possess a paranoid worldview and the capacity to exact vengeance. They both have “problems with authority,” to put it mildly.

But there is something else they share. When both men were one-year-olds, their biological fathers left. In Assange’s case, he had a stepfather until he was eight years old, followed by a second stepfather. When he was eleven years old, Assange and his half-brother began living in hiding and on the run with their biological mother. This lasted for five years as part of a custody battle.

In Breivik’s case, his father, Jens Breivik, an elite Norwegian diplomat (!!!), left when he was one year old. He rarely saw Anders, and when Anders thereafter tried to meet with him, his biological father rebuffed him.

One really cannot diagnose from afar and yet some (not all) father-wounded sons, which is something I wrote about in my book About Men, scapegoat women because they are angry at the fathers who have abandoned them. Assange has been accused of being sexually violent towards women. Some father-wounded sons are close to their mothers (as Breivik clearly may be), but inside they are at war with themselves. They struggle with repressed homosexual desire which is really a desire to be close to a loving and protective father and to be a “man.” Some father-wounded sons may also super-identify with concepts of collective male strength, e.g., with Knights Templar, etc. precisely because they have no strong identification with their own fathers. 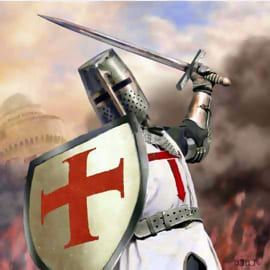 Breivik is overly concerned with “masculinity,” with what he views negatively as the feminist influence — even takeover — of Norway. He wants strong macho men to be the ones to fight off Muslim-on-infidel rapists and does not view women as capable of defending themselves. He views women as too peaceful and submissive to fight real wars. (I wish women were so peaceful). Further, he blames feminism for making men too weak to fight wars as well. 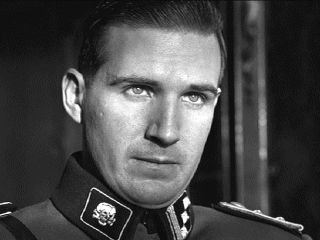 Men kill, men steal, men torture, men concoct evil plots — men run concentration camps — and, at the same time, seem perfectly “normal,” “ordinary.” They are logical, lucid, functional, and, in the case of certain Nazis, also love music, their families, their pets. Men — women too, but in different ways — who commit cruel and evil deeds are nevertheless members of the human race. Animals do not behave this way.

Breivik got up every day, washed, ate, got dressed, and “went to work.” For years, he worked as an equity trader, as the director of a software company, and as a farmer. His real “work” consisted of planning this massacre. He saved money. He read books and articles. He wrote a (partly plagiarized) manifesto that is rather well written.

Unlike the Unabomber, Breivik was not a loner. He got out. He socialized. True, he still lived at home with his mother…

Breivik knew and probably still knows right from wrong. He knew that he was making a political statement, a horrendously bloody political statement, one that in his view was meant to save Norway from destruction at the hands of barbarian invaders — an act that was perhaps meant to teach appeasement-minded Norwegian leaders that violence now awaits them on either side.

As a former forensic psychologist and as someone who has been consulted by lawyers over the years many times, in my expert opinion (one rendered from afar), Breivik is more than sane enough to stand trial. He is also a violent, evil, sociopathic man. Men who rape their children, men who beat their wives, rapists in general, tend to pass most mental health tests and are spookily indistinguishable from the rest of the population. 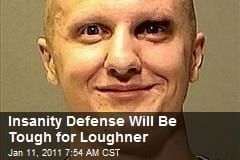 Breivik does not hear voices, he has not repeatedly attempted suicide, he is not unwashed, unshaven; he probably eats. Just today, his lawyer said that Breivik takes drugs to “stay strong, efficient, and awake.” If these drugs include amphetamines and steroids, they could certainly put him at a dangerous remove from caring about the consequences of his actions.

However, as a writer, an intellectual, a human rights activist, a feminist, as a human being — and as one of the many anti-jihadist writers whose work Breivik cites, I cannot fathom how someone can spend a single second, no less 90 minutes, calmly and coolly shooting unarmed teenagers down or blowing government officials and innocent civilians sky high. And this is precisely what Breivik did. 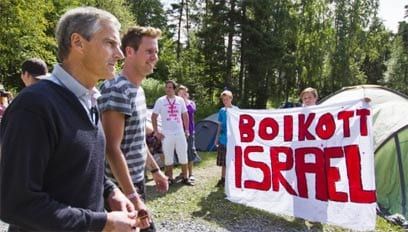 3. Breivik’s Zionism Is Fused with Fascism, Proving that for Today’s Neo-Nazis the Muslims Are “the new Jews.”

According to The Daily Beast, Breivik is a typical neo-Nazi who, rather strangely, paradoxically, is also a Zionist. By definition, neo-Nazis and other fascists are not Zionists. In The Daily Beast’s opinion, “Islamophobia” is what currently unites European fascists/neo-Nazis and their allegedly “Nazi” leaning Israeli counterparts. However, Israel is not a “Nazi” state and it does not have an “apartheid” wall; it is a security fence, built only after Muslim Palestinian terrorists launched many thousands of attacks against unarmed Israeli civilians.

I have written many articles and a book, The New Anti-Semitism, which explain that Zionism does not equal racism; rather, today, anti-Zionism equals racism. Zionism is the liberation movement of a persecuted and oppressed people who are currently being demonized for daring to exist and to defend themselves. Israel, however imperfect, is still the only democracy in the Middle East and remains America’s only stable ally in that region.

Of course, The Daily Beast found a Jewish author to pen this claptrap, someone who just happens to have written a book about right-wing Christianity. Such ideologues are the first to condemn Judaism and Christianity as misogynist — but give a real Hail Mary pass to Islam.

The Israeli Mossad is not behind Breivik’s dastardly attacks, nor were they behind 9/11. Ironically, the Norwegian teenagers were being indoctrinated into anti-Israel activism on their idyllic island. There are many photos which show them holding banners saying, “Boycott Israel,” “Break the Siege of Gaza,” and “Tear Down the Apartheid Wall.”

However, this is standard fare all over the world today, and the Mossad is not gunning people down over it. 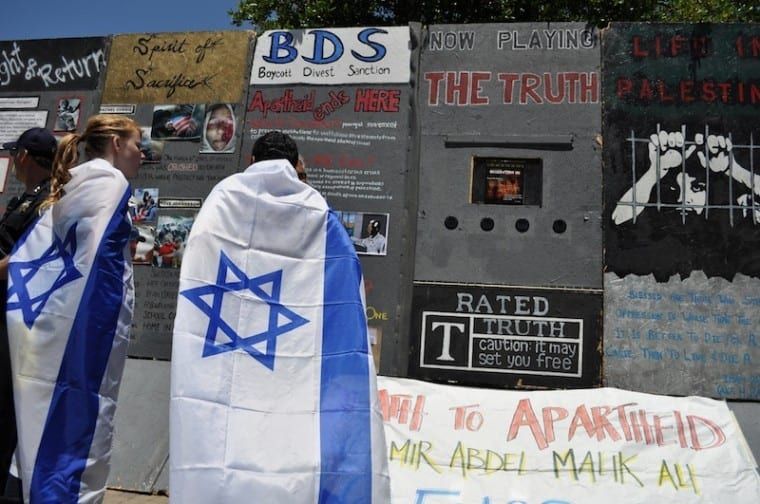 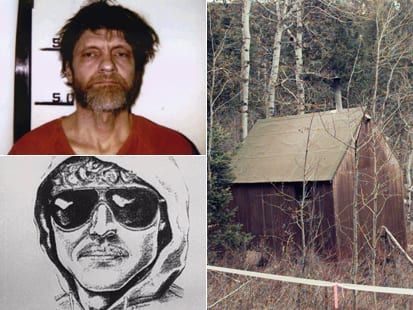 2. Right-Wing Massacres Are the Same as Islamist Jihadic Massacres.

From the moment news of this horrendous tragedy was known, everyone briefly assumed that jihadists had attacked Norway. Some Islamist group even took credit for the massacre. However, soon enough, it became clear that an ethnic Norwegian was the killer. Immediately, the blogosphere got busy. Jennifer Rubin at the Washington Post was hounded as an “Islamophobe” for having been mistaken along with the rest of us.

On the one hand, we have the oft-trotted out Ted Kaczynski, the Unabomber (who killed three people over a period of twenty years and whose manifesto Breivik partly copied); Timothy McVeigh, who killed 168 people in Oklahoma;  Baruch Goldstein, who killed 29 Muslims at prayer in the hotly disputed Cave of the Patriarchs in Hebron; and now Breivik.

Kaczynski was not religious, nor was McVeigh and nor is Breivik.

Two high-profile school massacres (Columbine and Virginia Tech) were committed by bullied oddballs and by a raving schizophrenic. The 1989 Montreal massacre of 14 female engineering students had been undertaken by an angry, totally sane man of Algerian descent whose father abused him and battered his mother. He had failed the entrance exam, and his manhood was shamed. He was found with a “feminist” hit list in his possession.

And then we have Islamic or Islamist jihad which has launched more than ten thousand, probably at least fifteen thousand terrorist attacks against other Muslims, and against infidels (Christians, Jews, Hindus, Zoroastrians, Buddhists) — especially against innocent and unarmed Israeli civilians. According to my esteemed colleague Barry Rubin, “The number of such attacks against Muslims in the West or indeed in the world is perhaps one percent of that number.”

Also, historically, in the name of Islam, jihadists have colonized vast territories in the Middle East, Asia, Africa, and India. They have persecuted, enslaved, exiled, or murdered the indigenous infidels who once lived there and either destroyed their holy sites or transformed them into grand and gracious mosques.

Meanwhile, the steady penetration of Islamic gender and religious apartheid continues apace in the West, especially in Europe, including in Norway.

Comparing the four or five attacks launched by evil, paranoid, insane, or isolated individuals with the jihadists of 9/11, 3/11 (Madrid), 7/7 (London), 11/26 (Mumbai), the kidnapping of American embassy personnel in Khomeini’s Teheran or the jihadic attacks against American embassies abroad long before 9/11, plus the thousands of unsuccessful and hundreds of successful suicide terrorist attempts against Israeli civilians in the last decade — an assault which continues to this day — is illogical and unacceptable. We all stand in long lines at airports and remove our shoes. We are subjected to intense body searches. This is all due to the global threat of jihadic violence against the world’s unarmed civilians.

How quickly we forget. 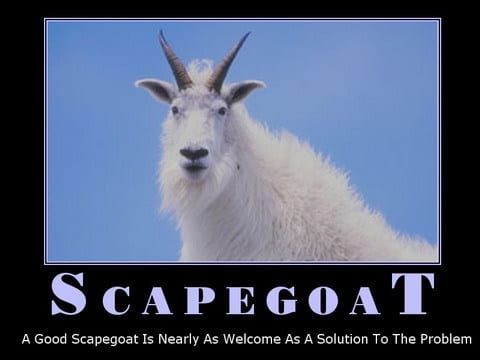 The Norwegian government’s refusal to deal with the reality of hostile, separatist, un-assimilated, and violent Muslim enclaves in its midst is what finally forced Breivik’s hand. The proof is that Breivik did not murder Muslims. His was a mainly Caucasian-on-Caucasian, infidel-on-infidel, Norwegian-on-Norwegian massacre. Breivik turned on what he viewed as a fifth column, the Norwegian elite. They had the power to insist that Muslim immigrants speak Norwegian and embrace European Enlightenment values. They refused to do so. His message to Norway’s “progressives” is chillingly clear. Their teenage children, already well indoctrinated, will not live to carry out what Breivik viewed as their parents’ failed multi-cultural policies.

Writers work with words; killers write in blood. Breivik could have read all our anti-jihadic work. Like the Dutchman, Geert Wilders, he could have run for public office or launched an educational campaign. True, he would have had to live with being demonized as a racist and criminally sued; ironically, Breivik’s violent approach has led to a similar outcome. Breivik could have made a film about the normalized violence against Muslim-European girls and women at the hands of their families or about the honor killing of Muslim-Norwegian women— but Breivik might have risked the Dutchman Theo van Gogh’s fate and been butchered by an Islamist. Breivik could have penned some fairly innocuous “Mohammed” cartoons, as the Swede Lars Vilks did — but he would have had to live in hiding and with round the clock security. Or, like Lars Langballe, a Danish parliamentarian, he could have spoken his truth and been prosecuted for “hate speech,” just as Elisabeth Sabaditsch-Wolff was in Austria.

There are other ways to “run with” the anti-jihadic expose of how Islamic gender and religious apartheid has penetrated Europe, why this is important, and what is at stake.