Last week I took the opportunity to travel to the Golan Heights with Israeli strategic intelligence analyst Avi Melamed (listen to my podcast with Avi from last week) to get an up-close view of the Syrian civil war from the Israel/Syria border in the Golan.

There were only modest security concerns, although mortars and sniper fire have been known to cross the border in the conflict. The day after our visit, three mortars inadvertently landed not far from our observation point. 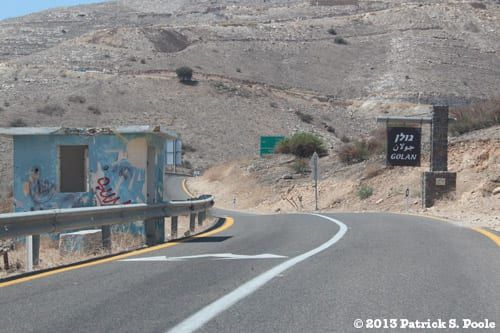 We would travel to the northern edge of the Golan near Mount Hermon, eventually stopping at the formerly Syrian Druze village of Masaade (not to be confused with the ancient Jewish fort of Masada by the Dead Sea).

Needless to say, there is considerable Israeli military presence in the Golan. We witnessed a number of IDF tanks practicing at various points along the way. One of the more interesting sites was a drone base with two sizable drones parked outside their hangars: 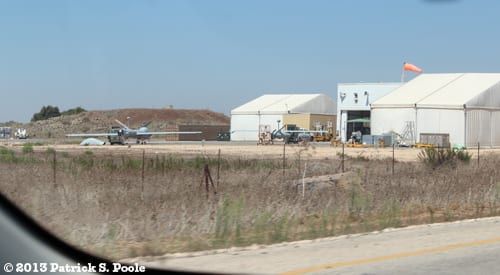 Along the border fence line there are a number of IDF posts doing direct and signals surveillance, and several optimal locations for a good view of what’s happening on the Syrian side of the border. Last November, Avi did a short video from one location:

But as we arrived at that site we found it now closed by the IDF due to security concerns: 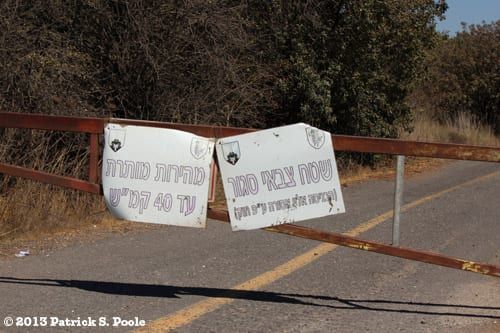 Avi related that during one briefing he gave recently at this location with a small group, a gang of motorcycles appeared on the other side of the fence with armed riders, at which point they made a hasty retreat.

As we drove to another observation point, we could see thick black smoke coming from an engagement in the Beer Ajam area. The smoke never subsided, but increased while we were there.

After arriving at the other observation point, we could clearly see over the border. A giant Syrian flag was visible in Khan Arnabah a few hundred meters away: 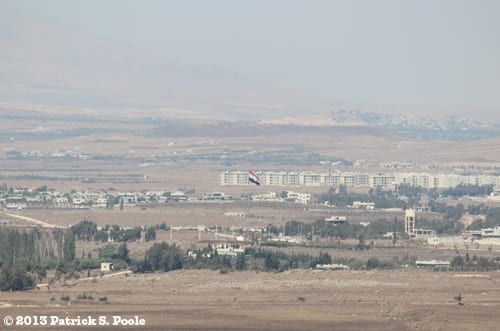 For some perspective, Khan Arnabah is only 25 miles from Damascus. The Damascus suburbs are visible in the distance to the north east.

We were there only a few minutes before another engagement erupted directly across from us near Qahtaniah, with smoke visible along the road: 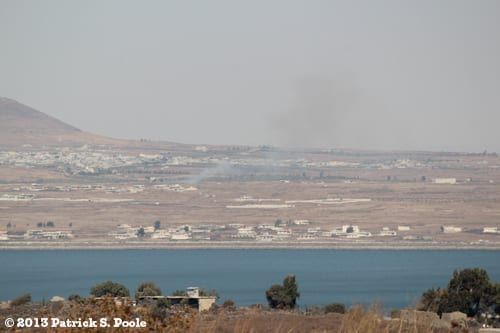 This particular area in the Quneitra Governate has been a hotspot of activity between the Syrian Islamic Front and the Free Syrian Army against the 9th and 61st divisions of the Syrian army.

Not much later, we saw a running engagement in Khan Arnabah that appeared to spread out over several blocks of the city: 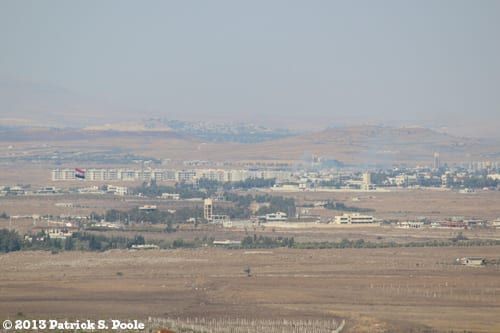 Then, the engagement we had been watching earlier in Qahtaniah began to spread with another engagement a few hundred meters away on the same road, directly south: 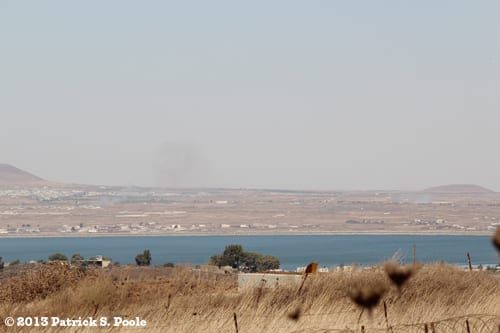 All the while, the heavy black smoke was visible over the hill in the area of Beer Ajam: 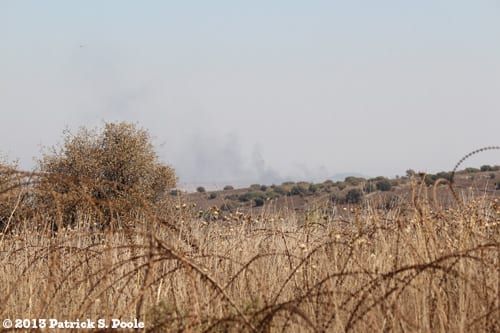 Trying to get a better view of that action was a bit problematic, as everything except the road in that area was mined: 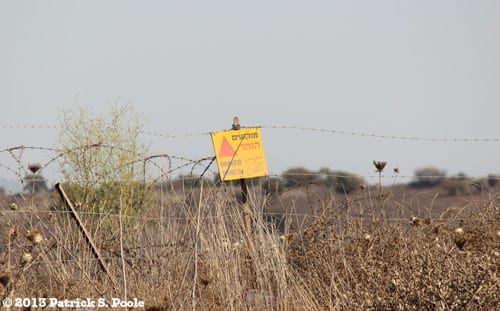 In the 20 minutes we were at that location, we observed three separate engagements just in this limited area on a random day.

There were concerns that we might be spotted, so we drove further north in the Golan, past the UN crossing in Quneitra to the Druze villages.

It was hard to make much of the short time we were there with a front row seat to the Syrian civil war, but it was evident that considerable activity was taking place immediately beside the contested Israel/Syria border in the Golan. There are concerns that if the Syrian Islamic Front — or even hardcore Salafist groups like Jabhat al-Nusra — were to take and hold that area, it could serve as a long-term platform for launching attacks targeting Israel (as already happens in the north with Hezbollah in Lebanon, and in the south with Hamas and Palestinian Islamic Jihad in Gaza). With the war already spilling into Turkey and Lebanon, an incident in this area could lead to Israel being dragged into the conflict. This area of the Golan saw some of the fiercest fighting exactly 40 years ago during the Yom Kippur War, the remnants of which are still visible.

The situation in Syria has risen to the level of a low-grade regional war. But if it ever becomes a full-fledged regional war — or even a world war — this area of the Golan Hights would unquestionably be Ground Zero for an expansion of the conflict.

Patrick Poole is a national security and terrorism correspondent for PJMedia. Follow him on Twitter.
Read more by Patrick Poole