Are Israelis and American Jews 'One'? 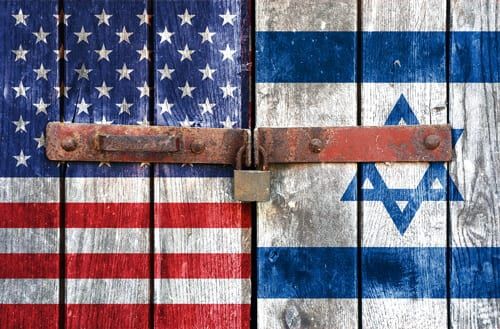 Reading Michael Oren’s chart-topping new bestseller Ally, I saw how fitting it was that he was appointed to one of Israel’s top diplomat chairs: from 2009 to 2013, Oren was ambassador to the United States.

Oren is a diplomat through and through. He listens to both sides, hopes to bridge and reconcile. The central dynamic and drama of Ally — by now, of course, already much discussed and bitterly debated — is his effort to mediate between the Netanyahu government and the Obama administration, while, based on the events that unfolded, feeling compelled to indict the latter as harmful to the U.S.-Israeli alliance.

But the Netanyahu-Obama polarity is not the only one Oren seeks to overcome, or at least soften, in Ally.

He speaks of bridging his own Israeli and American selves (he moved to Israel in 1979, aged 24), bridging Republican and Democrat American Jews, and — he calls it “the deepest and most painful divide” — bridging the divisions between American Jews and Israelis.

For a person who viewed himself as personifying an alliance, the rifts between the U.S. and Israeli governments often felt physically agonizing. More tormenting still were the widening gaps between Israeli and American Jews.

A 17-page section of the book — suggestively titled “We Are One?” — deserves attention by itself. Ally, among its other strengths, is marked throughout by its author’s sincere intensity. In this section, the emotion goes especially deep, and the wrestle between the diplomat determined to reconcile and the reality that registers is particularly difficult.

Oren grew up believing that “we are one.” He continued to believe it:

… even during the desperate period leading up to the 1967 Six-Day War, when, with Israel’s existence endangered, tens of thousands of American Jews went out to demonstrate — against the Vietnam War.

He continues in that critical vein, noting that since those days, assimilation rates among non-Orthodox American Jews have soared, and that when he visited a liberal congregation in Washington, even discussing Israel was “virtually taboo.”

Returning to the U.S. as ambassador in 2009, he found that he “scarcely recognized the American Jewish landscape I had left thirty years earlier.” Among his many other trying tasks as ambassador, Oren strove hard to mediate between American and Israeli Jewry over issues of religious freedom in Israel.

Oren the diplomat’s best efforts falter, however, when he considers the role of American Jews in the U.S. media. He writes:

[Reporting about] the alleged erosion of human rights in Israel, its oppression of Palestinians, and misuse of military force, with alarmingly few exceptions … [are] authored by Jews. … The preponderance of Jews in the U.S. media often means, simply, that Israel is subjected to scrutiny and standards imposed on no other foreign nation.

And in a passage least likely to endear him to liberal American Jews, Oren says:

[I] could not help questioning whether American Jews really felt as secure as they claimed. Perhaps persistent fears of anti-Semitism impelled them to distance themselves from Israel and its often controversial policies. Maybe that was why so many of them supported Obama, with his preference for soft power, his universalist White House [Passover] seders, and aversion to tribes.

But before this gets too acrid, Oren the diplomat again intervenes, saying he “had to remind myself that [the] solid majority of [American] Jews still stood united behind our State,” and he recounts a pleasant experience at an American synagogue.

But, again, cheerful, accommodating Oren can’t hold the stage for long. Ending his “We Are One?” section on a note of bitterness and foreboding, Oren writes that as the Iranian nuclear program continued to progress during the Obama years, “American Jews for the most part remained impassive.” When he tries to get American rabbis to “address the Iranian threat in their sermons,” they give him the cold shoulder, calling the issue “too divisive.”

What sort of “oneness” is there when a community feels itself to be under an existential threat, and the other — for the most part — can’t seem to get overly concerned about it, and continues to back the president whose policies keep making the threat worse?

I am, of course, sympathetic to the view Michael Oren sets forth in Ally. I moved to Israel from the U.S. five years after he did. Gradually the place gets under your skin. Along with the many aspects that instill pride, there’s a sense of loneliness; the feeling that — it was, after all, the driving force behind Zionism — Jews are on their own and will have to look out for themselves.

No doubt, as Michael Oren knows well and describes in his book, the U.S.-Israeli alliance is still strong, and many American Jews still support Israel (some, mainly on the conservative side, even make an effort to understand it). But it remains a nasty world. How nice to think that “we are one.”