A Young Woman's Education in Politics

A degree in civil engineering might not seem to be the most suitable preparation for a position as executive director of the Fulton County Republican Party, but if you attended the Georgia Institute of Technology recently and if you filed a federal lawsuit against the public university’s speech codes as Orit Sklar did, such a career choice would make sense.

Sklar, along with then-fellow student Ruth Malhotra, was the plaintiff in Sklar v. Clough. The slurs and death threats that she and Malhotra received prepared the 24-year-old for the rough-and-tumble world of politics. Although Sklar had come from Mount Vernon, New York, looking for the best engineering school, she gained what she calls a “life-changing experience” from a public university that in recent years has been branching away from its original charter as an institute of technology into politically correct areas. Turning down job offers in engineering in New York and Georgia, Sklar started her own consulting company, through which she serves as the party’s executive director for Fulton County, which encompasses most of the city of Atlanta and suburbs mainly to the south and north.

Sklar and Malhotra’s various activities, like the “affirmative action bake sale,” as students and members of the College Republicans, brought about harassment from students and professors. During Women’s History Month, when the pornographic Vagina Monologues — supported by the administration and student fees — celebrated women’s “empowerment,” the undergraduates’ booth displaying information about notable women like Phyllis Schlafly, Ann Coulter, and Michelle Malkin, along with direct quotations from the play, brought on the ire of administrators and calls to the dean’s and the president’s office, with pressure to cease their lawful activities.

They refused to take down the display but had to white-out words (like the “c” word). One African-American studies professor brought her class out to harass the young women. A physics professor during a class lecture called her and Malhotra the “evil ones.” They had swastikas imposed on their faces on computer images. (Malhotra is Christian and Sklar is Jewish.)

Represented by the Alliance Defense Fund’s Center for Academic Freedom, with David French as lead counsel, the case took over two years from the time it was filed in March 2006. They charged that Tech’s speech code, a speech zone, the “safe space” program, and the student activity fee violated their rights to free speech and religious liberty; the policies were selectively enforced against conservative groups. As a result of the lawsuit, the university was forced to repeal its speech code, alter its restrictive “free speech zone,” and eliminate the unconstitutional portion of the “safe space” zone. Despite the university’s assertions to the contrary, Sklar and Malhotra were clearly the victors. In February, they were presented the Ronald Reagan Award at the CPAC meeting for their efforts.

To clear the record and counter the misleading media coverage, Sklar and Malhotra have been speaking to groups like the Civitan Club, the Eagle Forum, David Horowitz’s Freedom Center, and a local tea party organization.

Sklar’s current political concern is the exportation of the Obama administration’s “bad, bad policies to the local level” — whether in Fulton County’s northern Republican stronghold or the traditionally Democratic city of Atlanta and south side. Having done “reconnaissance work” at left-wing rallies and events, she concludes that grassroots efforts like the tea parties are a “most impressive display” that sends the message, “You serve because we elected you.”

As a response to the public’s request for information about how to help during their trial, Sklar, now as an alum, is launching an initiative to make her alma mater accountable to students, parents, and taxpayers. The initiative will include a website to provide alternative information, as well as action strategies. Part of the problem lies with the fact that the public’s information comes from official releases from the university’s administration — an administration unsympathetic, and indeed hostile, to those like Sklar and Malhotra.

As the immense popularity of Obama on college campuses shows, outreach to young people is vital to advancing the cause of conservatism. Sklar is looking to expand the initiative begun by local GOP chairman Shawn Hanley to reach out to Atlanta’s historically black colleges. The College Republicans chapter at Morehouse College began last year with two people, but has grown to 40 in one year. The next stops are Spelman and Clark Atlanta.

Sklar attributes her political awareness in large part to her grandmother, a Romanian emigre (whose brothers attended the same Torah study group Eli Wiesel did). Her grandmother survived the Holocaust by hiding. Another influence is her father, who began his business by washing window shades and blinds in the parking spot of his parents’ Bronx apartment; he built the business to where he could raise his four children. She witnessed the overreach of government when the New York bureaucracy ticketed him for not making the lettering on his trucks big enough. As the youngest child, she saw the change in the public schools. By the time she began school, she was entering through metal detectors. All these experiences, she says, make her aware of the danger of “government control.” “Freeing people from the burden of government is in most people’s hearts and minds,” she asserts, as we talk in her office in the party’s new and larger headquarters in suburban Sandy Springs. Expressing optimism, she says, November 5 was the start of the GOP “comeback.”

Sklar and Malhotra’s experience illustrates the closed-mindedness and viciousness of the academy. But in this case, the administration helped form a political leader. It’s probably not what they had in mind when they called Sklar into their offices and tried to intimidate her. But for those of us who value liberal learning and political freedom, it’s our gain. 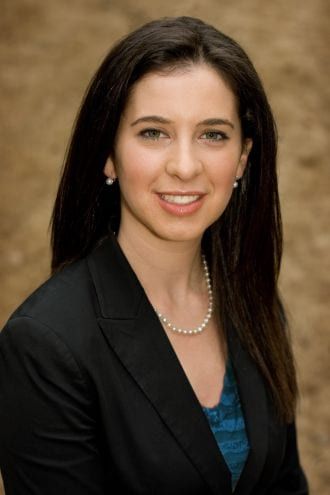