Subjected to a continual bombardment of catastrophism from climate activists, the public can be forgiven for assuming that recent extreme weather events, especially heat waves in North America, are unusual. Citizens would have little reason to suspect that most records for these phenomena were set many years ago.

A quick check of the record books shows that the hottest period of the 20th century was during the “dirty thirties.” The 1930s Dust Bowl years were miserable for farmers on the American and Canadian prairies, far worse than anything we are seeing today.

Well-known American climatologist Stanley Changnon has documented how the 1920s and 1930s also witnessed significantly higher numbers of thunderstorms and associated violent weather than today. University of Alberta Emeritus Professor Keith Hage’s research showed that severe and destructive windstorms over Alberta and Saskatchewan peaked during the 1920s and 1930s and have lessened since.

The Prairies also witnessed unusually cold winter conditions during the 1910s and 1920s. Meteorologists still do not understand why the climate of North America was so anomalous during this period.

This year’s heat wave in North America is certainly severe, but the U.S. Midwest suffered a long and protracted heat wave during summer of 1980 as well. The summers of 1952-54 were similarly very hot in many regions of the mainland U.S. The graph below was presented on August 1, 2012, to the U.S. Senate Environment and Public Works Committee by Alabama State Climatologist Dr. John R. Christy. Note that almost all state extreme temperature records were set decades ago. 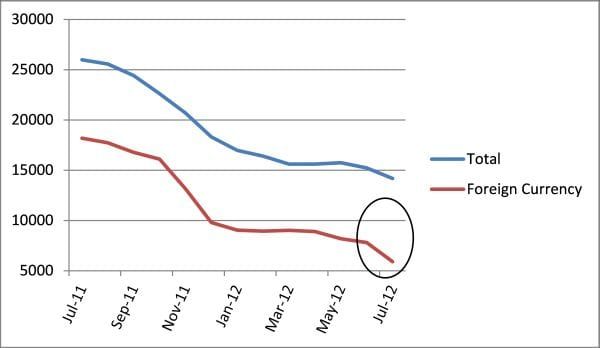 The 1920s and 1930s also had more frequent, more severe, and longer lasting droughts in the American Midwest than in recent times. Many years in those decades had almost no rain at all for the entire year and there were no historic floods in the U.S. Yet climate activists blame global warming for this year’s droughts across the Mississippi River watershed resulting in very low river levels, forgetting about events 80 years ago when no one even thought about human-induced climate change.

They also forget that it was only nine years ago (2003) that historic highs were recorded along Old Man River and we saw the most devastating floods along the Upper Mississippi River Basin in modern times. Five years later, another historic flood occurred when the Cedar River (Cedar City, Iowa) rose to more than 11 feet above the previous record. Extensive flooding was also reported in 2008 in Illinois, Wisconsin, Nebraska, and South Dakota. Why did such floods occur if human-caused global warming is supposed to be causing this summer’s droughts?

Regardless, severe floods are not merely recent events either. The deadliest flood in Canadian history was due to Hurricane Hazel, which killed over 75 people in Toronto in 1954. In 1969, the exceptionally powerful Hurricane Camille slammed the Mississippi state coastal areas killing 256 people. In total, 12 tropical cyclones in the north Atlantic reached hurricane intensity in 1969, far above normal. A year later a tropical cyclone in the Bay of Bengal killed about 250,000 people, the greatest number ever in a single weather-related disaster. But no one blamed global warming or climate change for such events. After all, the earth’s climate was generally cooling between 1945 and 1977.

Historical data show that weather has usually been more extreme during colder periods. This was especially the case during the centuries-long Little Ice Age that ended about 1850. For example, Chinese scientists report that “typhoon frequency seemed to have increased at least regionally during the coldest phases of the Little Ice Age.” Global warming apparently reduces tropical cyclone activity over all time frames. Perhaps this is why, in 2012, we are near a 30-year low in worldwide “Accumulated Cyclone Energy,” as can be seen here.

Oblivious to the historical record, climate campaigners continue to assert that the incidence and severity of extreme weather events will soon rise due to global warming. We are entering into what Al Gore calls a “new normal”; abnormal weather will become the norm as the planet warms due to our release of “carbon pollution,” he asserts.

First, carbon dioxide (CO2) is not pollution. It is an odorless, colorless trace gas responsible for plant photosynthesis and so all life on the planet. Higher concentrations of CO2 have helped world-wide forestry and agriculture.

The link between atmospheric CO2 levels and global warming remains elusive. Despite continually rising CO2 levels, the best available satellite data indicate that 1998 was the warmest year of the past 100, with temperatures staying more or less stable since 2003.

After reviewing thousands of scientific references, the Nongovernmental International Panel on Climate Change (NIPCC) authors concluded “…the data reveal there have not been any significant warming-induced increases in extreme weather events.” They showed that this was the case whether the phenomenon being studied was precipitation, floods, drought, storms, hurricanes, fire, or other weather-related events.

This is not surprising. With further warming, the difference between arctic and tropical temperatures would drop, leading to less intense mid-latitude cyclones and so less extremes in weather, not more.

We will, of course, still have heat waves like the Russian heat wave of July 2010 which killed over 50,000 people. The NIPCC includes a study that attributed that event “to internal atmospheric dynamical processes” and concluded that “it is unlikely that the warming attributable to increasing greenhouse gas concentrations contributed significantly to the magnitude of the heat wave.”

We will also continue to have deadly cold spells like that in February 2012 when several hundred people in eastern and central Europe died as temperatures dipped below -40C. Since the new millennium, Europe has witnessed four exceptionally severe winters (2005/06, 2008/09, 2009/10 and the recent one in February), events that do not coincide well with global warming theories.

Some of the billions of dollars being wasted vainly trying to stop extreme weather should be diverted to reducing real environmental degradation due to air, land, and water pollution. It may also be better spent helping provide modern wells in developing nations where millions of people die of diseases caused by contaminated drinking water.

We must also better secure our base load energy supplies, especially hydrocarbon energy (coal, oil, and natural gas), the cheapest form available. Then we should use this energy to harden our societies to inevitable extreme weather by burying electrical cables underground, reinforcing buildings and other infrastructure, and ensuring that we have the ability to heat and cool our dwellings as needed. Finally, we need to develop better “early warning systems” by improving seasonal/short-term climate forecasting so as to minimize adverse impacts from extreme weather.

This sort of approach gives governments a way out of the global warming dilemma. When cancelling funding to the impossible task of “stopping climate change,” they need simply say, “We have concluded that public money is better spent helping people prepare for and adapt to weather extremes, whatever the cause. This is far more important than trying to stop what might, or might not, happen decades in the future.”