No Exposed Breasts, No Peace!

Editor’s Note: Work readers beware! Several links in this piece take one to sites with naked breasts. These have been labeled Not Safe For Work!

Feminists, bitterly clinging to their bitterness, are now trying to suck the life out of yet another thing: boobs. Not content to just let us suffer with the painful mental image of the bra burning days of yore, they are now going full-on topless in the name of “gender equality” and “normalizing” of women’s breasts — as if anyone finds them an oddity. It seems to me that people like breasts. Also, equality doesn’t mean what they think it means. Neither does “gender” either for that matter.

So these topless rallies, organized by gotopless.org (NSFW!), are striving to take the “stigma” out of the barbaric notion of, you know, wearing clothing. “I am woman hear me roar. And watch me sag!” or “No sagging ta-tas, no peace! Don’t oppress us with your fancy pants civilized — and clothed – society!”

As the pictures sadly indicate (NSFW!), now ruin-all-that-is-good feminists are even attempting to take the “fun” out of funbags. This does not suit. I mean, how can I maintain my Power of the Rack if racks are flopping about openly, all willy nilly? That’s the opposite of empowerment! For that alone, they must pay.

And what of the strippers — excuse me, exotic dancers? Who will think of the strippers?! If all women flit about topless, that devalues strippers and their, um, commodities. It’s not very “exotic” if one can see bazongas on every main street in America. That doesn’t even make sound economic sense, what with the staggering unemployment and all. By the way, feminists, isn’t that more of a pressing issue than the scourge of topless stigmatization? No? Silly me! That must be my “tool of the Patriarchy (TM)” talking.

Shanda Panda (no, really), a rally attendee, trusts men not to be enticed by openly displayed boobs (maybe she is only talking about hers, to be fair). “I have faith in men that they can control their responses to seeing a breast,” she said. Really? Yet feminists trust men with absolutely nothing else in the entire world. Ever. In perpetuity. Well, except for when their victimhood sisterhood needs to run to Big Daddy Government for some delusionally perceived wrong, of course. Her absurd statement falls flat (much like the breasts of hippie broads) by the rally itself and the reasons many attended (NSFW!).

The town centre was soon packed with onlookers cheering and taking photos as topless women, accompanied by men wearing bras or bikini tops, danced on the nearby fountain.

Gee, what do you think they were cheering and taking photos of? In New York, attendees were open about why they attended:

“This is unbelievable – and super,” said Dalvin Jan, 21, who rents bicycles for a living on Central Park South. “I’m going to tell my wife to join in.”

With Chaka Khan‘s “I’m Every Woman” blaring from speakers and chants of “free your breasts, free your mind,” the troupe of bare-breasted women — and their enthusiastic male supporters — paraded their way along Central Park South.

Of course the men were enthusiastically supportive; they were seeing boobies. For free! And without even having to buy dinner first. Their voyeur cups runneth over. Shanda Panda further babbled:

I think it’s important to empower women to be comfortable and feel safe being topless.

Ah, always trotting out the meaningless “empowerment” drivel. And feeling “comfortable” being topless in public is at the very bottom of my importance scale, Shanda Panda. In fact, it doesn’t even register on the scale. You know what is important, though? Allowing women to feel comfortable being women. Truly empowering women by encouraging them to embrace their femininity and the fact that they are different than men; those differences should be honored, not discouraged.

Moreover, feminists really need to get their acts together and let one victimhood-embracing hand know what the other constantly aggrieved one is doing. Because other feminists say boobs should JUST be sexual. Erica Jong recently complained about women who breastfeed on demand because they are telling their mates that their breasts do not belong to him.  Huh. I thought they belonged to me? You’ve come a long way, baby! But make sure you keep babies off your breasts; they are for a man’s enjoyment only. Others call breastfeeding creepy because breasts should be for lovers only. Yet, it’s not creepy to expose them to every Tom, Dick, and Harry on the street while doing your grocery shopping? Also creepy is the creator of gotopless.org (NSFW!). Even the usually useless site Jezebel has pointed out that the cult-like founder uses the idea of “normalizing” women’s breasts to, you know, gawk at breasts. He also seems to want to “normalize” the sexualization of children. Well done, feminists! Way to be For The Children.

Newflash to feminists: breasts are already normal and women already have the nebulous “equality.” It is sad that the fact that equal does not mean identical flies over your little victim-y heads, as always. The science is settled here; men and women are different. Inside and out. Being equal yet different are concepts that are not mutually exclusive. It’s a good thing. Why on earth would we want to be the exact same as men? Feminists continue to dehumanize women by encouraging us to focus on being just like men. Considering your body in all its feminine glory as something that needs to be “normalized” or made more masculine is not empowering, it’s enslaving.

I know this is hard for the ever-aggrieved to believe but some societal conventions serve an actual purpose and are not just some Patriarchal Plot of Oppression. Respecting women and all their girly bits is a mark of a civilized society, not a blight on one. Trying to turn women into men is antithetical to true “empowerment,” as is constantly trying to enshrine women as poor little victims. And objectifying yourselves in the name of empowerment is just stupid. The only result is that you have now removed any requirement that women be treated as something other than a sexual toy — even by themselves. 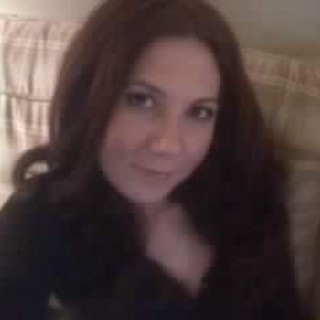 Lori Ziganto is a home schooling Mom to her daughter, is one of those icky Conservatives, a political observer, and blogger. She writes for several prominent websites, including RedState, Big Journalism, and Human Events. Well known for her influential twitter presence, media appearances, and podcasting, Lori enjoys an infamy among the so-called feminist writers of the mainstream press, which pleases her immensely. She also very much enjoys the evil substances known as salt, red meat and bacon. You can find her on twitter at @SnarkAndBoobs.
Read more by Lori Ziganto