The Curious Case of the Osama-Obama Movie: Hollywood — But Not Politics — As Usual

Before alienating a significant portion of my professional colleagues and possibly irritating Sony Pictures (to whom I am currently pitching a project) by explaining why the proposed Kathryn Bigelow-Mark Boal motion picture on the capture of Bin Laden is a quiet outrage, I should no doubt credential my megaphone.

Some films for which I have been responsible include: The Hanoi Hilton, To Heal a Nation, Ike: Countdown to D-day, Heroes of Desert Storm, Kissinger & Nixon, and especially DC 9/11: Time of Crisis. I cull these titles from my sixty odd credits because each dealt with military and/or political subjects that required cooperation at the highest levels, usually a considerable obstacle.

But even more difficult than obtaining that access, my bigger problem was often within the Hollywood community itself who eyed any such project with which I was involved as suspect; as one of the few outspoken conservatives in Hollywood over a period of 30 years I was hardly mainstream and always subjected to extreme rigor by my enablers at studios and networks.

Would that I had been so coddled as Ms. Bigelow and Mr. Boal appear to be; perhaps I fawned over the wrong people. 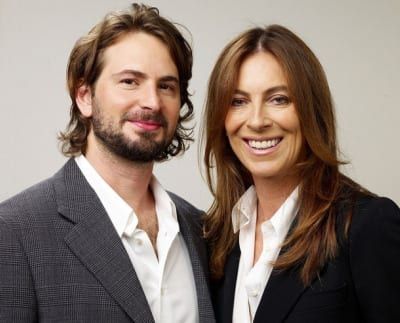 To be fair to Sony, this proposed Osama capture project is independently financed (by whom, I wonder) and the studio is involved only as the distributor. Also, my knowledge of the enterprise is only what has been reported in the public media, but there is enough in that to easily see the astounding degree to which the Hollywood-Washington liberal access is mutually corrupting, and is disgracing a popular culture that was once a jewel in America’s patrimony, the means by which our message of a free society conquered the world more easily than Roman legions or British soldiers.

In making a docudrama (and I believe I have done more than any other active American filmmaker) there are three critical factors: proximity of production to actual events, access to the actual participants, and release date.  And in each and every one of these elements this proposed project doesn’t merely fail the smell test, it leaves a trail that reeks from the White House to the smart bistros of Beverly Hills.

The most troubling discontinuity from accepted norms has to do with access. As any filmmaker, of any political stripe, can tell you, the Pentagon has an open door policy. They will offer their aid and facilities to any filmmaker with only two provisos: the entire content of the script is submitted and deemed to be generally consistent with the real world military; and, once you accept their support you must agree to their oversight of how you employ their resources.

The second of these is quite legitimate and consistent with case law and the doctrine of “fair use”: once you involve someone in your project you cannot use that involvement in ways they have interdicted — a cousin, if you will, of the Fifth Amendment right to avoid self-incrimination.  What is the consequence of breaking your end of the bargain?  You are liable for civil damages.

But the non-litigious Pentagon simply maintains a policy of subsequent non-cooperation with offenders. Everyone knows that, and that’s the deal. Which brings us to the Bigelow-Boal film The Hurt Locker. According to knowledgable sources in the American military, during the filming of The Hurt Locker Ms. Bigelow violated her agreement with the Pentagon, amongst other things using an American military vehicle to enter a Palestinian area to film a demonstration. Scenes were added but kept from the Pentagon, depicting U.S. personnel abusing detainees.

Notwithstanding this, the filmmakers came back for Pentagon help in this new film and were granted two meetings with the under secretary of defense for intelligence, Michael Vickers, a senior political appointee. Of the Obama administration. To be given that level of access to the Pentagon after previous bad faith by the filmmakers is such a departure from current practice one is forced to suspect significant pressure was applied to the Pentagon by its civilian political masters. During the preparation of DC 9-11, which covered the period from 9-11 to the president’s congressional address on 9-20, George W. Bush granted me an extended interview in which he was completely forthcoming and frank about his feelings and actions during that time. 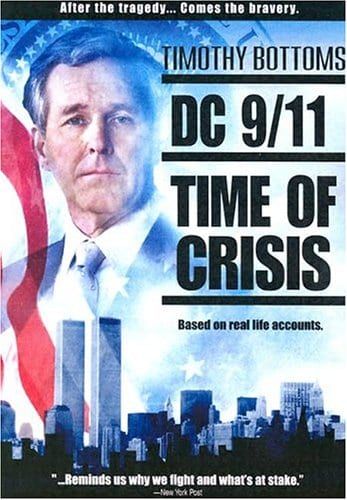 He was so cooperative I solicited his intervention in obtaining similar access for me in three areas that were resisting my requests: Condoleezza Rice, the Pentagon, and Andrew Card. While he was warm and sympathetic, President Bush declined to be of help:

Getting you access to do something is a pretty close relative to asking you not to do something. You know how I feel about censorship. It’s the same thing, Lionel.

After all, he was the president. So I tried putting the screws to Karl Rove. He was not the president and therefore less gentle in explaining to me the slippery slope of ever telling the people in their administration to whom they should speak in these circumstances because the next thing they would be telling them is what to say to Congress. I eventually got the access I wanted  — except the Pentagon, where it was explained to me that some of the areas were so sensitive this was not the time. But, I protested, they knew me, that I had always played by the rules.

I was told one of the rules was that this close to the events I was depicting it was unwise to reveal anything to do with operations or personalities. They did arrange an interview with a member of the press office and that was that. Apparently, the airtight rules that governed the prior administration do not apply here. Which begs the question: Is access being ordained from high offices even if that access flies in the face of established rules?

More troubling is the matter of release date. When depicting a sitting politician nothing is more sensitive than the moment chosen to put the product before the public. Sony has already assigned a release date of October 12 to this unnamed project.  Anyone who works in Hollywood knows how difficult it is to get a hard release date. At this stage of the work they might say it’s for fourth quarter, or “late in the year.” But an actual date? Before a script is written? They must be pretty confident of the quality or have compelling reason to declare themselves this far ahead.

October 12. Just as the election is coming around the home stretch. A motion picture whose launch might well cost $75 million or more in publicity (to say nothing of enraptured stars on talk shows) will tell the story of a president who fearlessly succeeded where his predecessors failed. Aside from the stupidity of claiming the president had any other choice than to take OBL down (we’re told he took 16 hours on that no-brainer, which I expect will be the framing device of the film) the release date makes the claim of a non-partisan, disinterested drama pure fantasy, a beggaring of our common sense.

Again, I have personal witness: 2008 was the 20th anniversary of my film The Hanoi Hilton and Warner Brothers decided to issue an anniversary DVD edition and suggested I approach Senator John McCain for an interview that would be included as the added value. The senator agreed (the film had been universally applauded by the POWs) and an extraordinary conversation between him and me in which he revealed so much of what he felt and learned as a POW was presented with clarity and humanity. 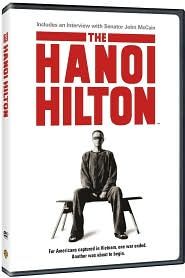 I arranged for a private screening of the anniversary edition for mid-October, only to be told that would not be possible; having seen the interview, the studio felt the release might in some way impact the election and they were therefore embargoing its use until after November 3. While even the New York Times report found this amusingly curious and I was quoted as suggesting Warner’s political delicacy was an attempt “to be the only virgin in the whore house,” I had to grudgingly concede they had made the right choice. To their credit, that studio has never played this kind of game.  So John McCain can’t get a private DVD screening in mid-October but President Obama gets a release date.

Finally, there is the third element: Proximity to events:  The rush to production is curious and telling. It is a well-understood principle that the closer to the real event, the more likely the journalist or filmmaker is to be influenced by momentary zeitgeist. I admit that my television film Miracle on Ice aired on the first anniversary of Team USA’s magnificent victory, winning the hockey gold medal in the 1980 Olympics. But that was hockey.

Besides, the executive producer, Frank von Zerneck, had secured the players’ rights before the Olympics began and their attorney Art Kaminski had established the protocols and provided me with the players’ histories before I sat down to write word one. The current filmmakers claim they’ve been working on this through three administrations. Forgive my skepticism but I’d love to see evidence of one interview of a Bush or Clinton official that was contemporaneous to the matters discussed. And what of the rights to the individual Seals?

There is so much more about this whole affair that is so dispiriting; we who work in the popular culture should remember we are stewards, custodians, who must be ever mindful of the power of what we do to influence events. The higher reaches of Sony, a foreign entity, might be less sensitive to this obligation that comes with the privilege of working in our industry. But those who run the company on a day-to-day basis, up to and including the chairman, know better. It may be good business to take advantage of the willingness of an administration obsessed by re-election to bend rules and use influence in an unseemly way.

But it is very poor citizenship.