South Asia: Ten Years After September 11 and Terrorism Is as Strong as Ever

Afghanistan was the place where the September 11 attacks were planned. Ten years later, terrorism is still a daily fact of life not only in Afghanistan but in neighboring Pakistan and also India. Many of these attacks have their origin in the same forces that struck New York and Washington on that terrible day. While al-Qaeda, which lacks a local base, is merely surviving, its partner, the Taliban, is thriving.

South Asia is in the midst of a full-scale terrorism war that has no sign of abating. During this last decade, thousands of people in all three countries have been murdered in the struggle to impose radical Islamist regimes, with no end in sight. And many of these deaths have been caused by the Taliban and local al-Qaeda-oriented groups. As President Barack Obama declares that al-Qaeda is on the run and close to being destroyed, that idea is daily disproved in this part of the world. 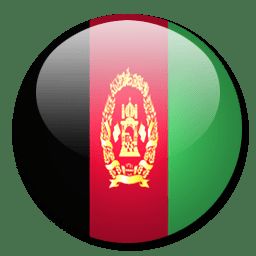 One would expect that few places in South Asia would be more secure than the Delhi High Court in India’s capital. But at 10:30 on the morning of September 7, a powerful explosion ripped through a crowd at the court, just outside Gate No. 5 and close to the country’s most important modern monument, the India Gate. Eleven were killed and more than 70 injured. Bad as that was, this bombing was only one of the four worst attacks over the last three years.

Despite the fact that the court is located in a high-security area — equivalent to a bomb on the grounds of the U.S. Supreme Court in Washington — this was the second attack inside the premises in four months.

The Pakistan-based, al-Qaeda connected Harkat-ul-jihad al-islami (HuJI) said it did the attack to demand cancellation of the death sentence of one of its men for having attacked India’s parliament in 2001. In the last decade the group has committed many bloody assaults in India.

Meanwhile, in Quetta, Pakistan, 25 were killed and 55 injured by suicide bombers at a government office and a general’s home, where the officer’s wife was killed and he was wounded. This was done by the Pakistani Taliban to avenge the arrests of al-Qaeda agents.

Within Afghanistan, the list of attacks, killed, and wounded during recent months would go on for pages. Pres­i­dent Karzai’s advi­sor, Jan Moham­mad Khan, and the mayor of Kandahar were assassinated. Police stations and military bases were hit by suicide bombers. The downing of an American helicopter by the Taliban killed 30 U.S. SEALs. Hundreds of civilians, NATO and Afghan soldiers, and terrorists were killed.

As the United States withdraws its troops from Afghanistan and after the killing of Osama bin Laden, no one is safe; no area in Pakistan or Afghanistan can be considered stable.

In a show of strength, a Taliban unit with al-Qaeda connections invaded Kabul on September 13 and seized control of a nine-story building under construction just 300 yards from the U.S. embassy and NATO headquarters, firing 10 rocket-propelled grenades. An all-day gun battle was required before the terrorists either fled or were killed. Four police and two civilians were killed along with a half-dozen terrorists.

The terrorists probably never heard of the Tet offensive in South Vietnam, in which insurgents showed their ability to penetrate anywhere in Saigon or other supposedly secure areas. The political implications of such acts — saying in this case that the Taliban cannot be defeated and the U.S. and NATO have not won — exceed their strategic value.

This was no isolated attack. On June 29, nine insurgents stormed the Intercontinental Hotel armed with rifles and rocket launchers on the eve of a major Afghan government conference.  They killed at least 12 people and held off NATO and Afghan forces for five hours, until U.S.-launched helicopter airstrikes killed the last insurgents hiding on the roof.

On August 18, Taliban suicide bombers stormed a British compound in an upscale Kabul neighborhood, killing eight people during an eight-hour firefight, as two English-language teachers and their bodyguard hid in a locked panic room. Those killed included five policemen, a municipal worker, and a New Zealand special forces soldier shot in the chest as he tried to free the hostages.

Meanwhile, the Afghan government talks of integrating the Taliban into mainstream politics and power-sharing. Whatever upbeat reports are circulated by the U.S. and other governments, the Taliban has the upper hand. Ten years after September 11, the United States has not defeated the Taliban or even ensured that it cannot return to power in a short period of time. The Taliban cannot beat the NATO forces but they merely need to outwait them.