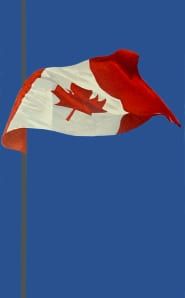 Yesterday I did something I normally never do:

I’m always saying that eyewitness accounts are unreliable, and that for all we know, everyone’s tweets are doing more harm than good.

But yesterday, I found it impossible not to launch my HootSuite dashboard, compulsively refresh my “best friends” column, and jump into the raging stream of information.

Since I have so many non-Canadian followers, I thought it would be helpful to try to put the breaking news into American terms:

Imagine, I tweeted, someone killing the honor guard at Arlington National Cemetery, then getting into an action-movie shootout in the marble halls of Congress, while the president and his Cabinet met in an unlocked room a few feet away.

It was harder to explain to Americans that the guy who took down the terrorist, the sergeant-at-arms, is best known for wearing a funny, archaic getup during government ceremonies. It’s a fancy-pants job given to a distinguished older fellow — Kevin Vickers is 58 — as a kind of pre-retirement honor. Luckily, yesterday, Vickers had a handgun in his desk drawer…

Because that’s what happened in Ottawa — about a six hour drive from me — yesterday.

The shooter, Michael Zehaf-Bibeau, was another Muslim convert.

(I say another because, on Monday morning, another one ran over two members of the Canadian Armed Forces with his car, killing one. This was after the RCMP had “met repeatedly” with the guy, “his family and the imam at the mosque he attended, trying to talk him down from his newfound obsession with Islamist extremism.” So much for “community outreach”…)

Meanwhile, Zahaf-Bibeau’s victim was a reservist from my hometown, 32-year-old Corporal Nathan Cirillo of the Argyll & Sutherland Highlanders. He leaves behind a young son.

Iowahawk, being a genius, wondered on Twitter whether or not his rampage was related to the fact that Nobel Prize winner Malala Yousafzai was set to receive honorary Canadian citizenship on Wednesday. Indeed, the attack forced the cancellation of that event.

As I write this, parts of Ottawa are still under lockdown.

Furious twitter traffic to the contrary, it doesn’t look like there were multiple shooters and crime scenes after all, but the authorities are being tight-lipped.

* “Glenn Greenwald Picked the Wrong Day to Blame Canada for Terrorism.” (Believe me, you want to read that one.)

* Whereas Canadian Muslim reformer Raheel Raza called upon the authorities to “close all mosques for three months to have intense scrutiny on the Imams and their sermons in the past 3 months.” And she was just getting started…

*  NPR praised the CBC’s “unAmerican” live coverage of the ongoing event, which is something we will NEVER hear the end of. Thanks, NPR!

* CNN — or as I call them, “that irritating noise you hear at the airport” — referred to the “Royal Canadian Mountain Police,” providing us on Twitter with some much needed comic relief.

* Another, an Indian activist, tweeted this about the prime minister:

I don’t have any profound note to end on.

Yesterday, I was physically and emotionally shaken, and in turn was shaken by that reaction.

Believe me, I’m not a statist, and not much of a nationalist.

I have no sentimental or even intellectual affection for Canada’s Parliament, which I believe does more harm than good on any given day.

I don’t believe that all cops and soldiers are “heroes.”

I’m torn about Canada’s response to “the war on terror,” which seems to involve building schools for foreigners who have no written language, and doubling our number of Muslim immigrants since 9/11 — the moral equivalent of hiding Nazis in your attic during World War II.

Instead of, you know, dropping giant bombs and that.

But as bits and pieces of new information rise to the surface this morning, I must say I find this one particularly interesting:

Michael Zehaf-Bibeau’s mother worked for the Immigration and Refugee Board.

Update: One more video from this morning:

Kathy Shaidle is a blogging pioneer who runs FiveFeetOfFury, now in its 15th year. She's been called "one of the great virtuoso polemicists of our time," by Mark Steyn. Her NEW book is Confessions of A Failed Slut (Thought Catalog, 2014).
Read more by Kathy Shaidle