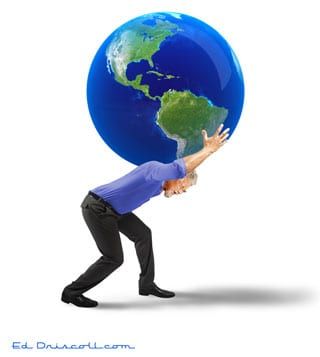 Things haven’t gone well for David Suzuki recently. Suzuki is the long-time host of CBC Television’s popular The Nature of Things, leader of the Canadian environmental movement, and founder of a deep-pocketed philanthropic organization called the David Suzuki Foundation (which raises money by, among other things, warning children at Christmas that unless their parents donate, Santa’s workshop will sink into a melting North Pole). In 2011, he was named by a Reader’s Digest poll the “most trusted” Canadian. Lately, however, Suzuki has found himself on the defensive, reduced to ad hominen attacks in an attempt to camouflage what critics have been saying for years: that he has inadequate knowledge of the climate science about which he has spent many years pontificating and from which he has made a sizable personal profit.

Observers of Suzuki’s career have been crying foul for some time. David Solway has written numerous articles and a book, Global Warning, wittily exposing Suzuki’s record of faulty prediction and messianic failure. In a 2012 article for FrontPage Magazine, for example, he highlighted Suzuki’s dubious financial backers (which include corporations that invest in China), recent allegations of under-reporting of foreign funding, and engagement in political advocacy inconsistent with tax-free charitable status — conduct that, when brought to light in 2012, led Suzuki to step down as head of the foundation that still bears his star-quality name.

Sun News host Ezra Levant has produced a series of news shows lambasting Suzuki’s manifest hypocrisy. Typical of Levant’s attack strategy was a recent Toronto Sun newspaper piece called “The Two Suzukis,” in which Levant repeatedly counterpointed the public figure Suzuki has created — the “Saint Suzuki” who lectures Canadians on limiting their environmental footprint by reducing consumption (see here, for example) — with the “Secret Suzuki” few people know, the multi-millionaire capitalist who owns various energy-guzzling large properties, jets around to fundraising and media appearances, and demands lavish fees ($30,000 on average) for speaking engagements. This aging counterculture activist who once compared human beings to maggots and who spoke to encourage a particularly pointless “Occupy Vancouver” group in 2011 turns out to be — well, a comfortable member of the 1%.

But matters got a lot worse for Suzuki recently. On a jaunt to Australia to discuss his major subject — climate change and the need for drastic measures to combat it — Suzuki engaged in some uncharacteristically unscripted discussion, with disastrous results. Normally he is careful to vet questions from his audiences, and one can see why. In front of a group that failed to be awed by Suzuki’s demigod status, Suzuki floundered and looked foolish. In response to a question about the documented absence of climate warming over the past fifteen years — the major question any climate authority must be prepared to answer — Suzuki resorted to the typical strategies of radical environmentalism: flat-out fabrication (“… the warming continues!”) and counterattack claiming that data debunking the warming hypothesis comes from tainted sources (“… there may be a climate skeptic down in Huntsville, Alabama …”). The problem, however, was that the data being cited actually came from the major data-gathering stations relied upon by the UN’s own International Panel on Climate Change (IPCC), which anyone who had devoted a decade to preventing “catastrophic warming” should have known. In other questioning, Suzuki was similarly off-balance and outrageous, reiterating his claim, for example, that climate-skeptic politicians should face criminal sanctions. The Australian debacle was a startling revelation that the environmentalist guru does not understand the basic elements of the science upon which he has made his reputation.

You would never know any of that, however, from reading Jonathon Gatehouse’s recent puff job in Maclean’s magazine, Canada’s national newsmagazine. Although its provocative cover-page title, “Environmentalism Has Failed” (over a picture of Suzuki’s puckish face), might seem to promise some searching criticism both of and by the man who has been the sweet sad face of environmentalism for the past twenty-five years, the article is instead about the failure of society at large to give Suzuki his due. Suzuki himself is strikingly unrepentant, blaming his poor performance on outside forces such as an over-demanding public. “I’ve never made any pretense of being Mr. Know-it-all,” he says plaintively, though that is exactly what he has done in relation to environmental causes, appearing on television for years to preach about energy consumption and environmental protection. Gatehouse buttresses this claim by explaining that “when Suzuki doesn’t have an answer, or messes up his facts, as he did on Australian television, it’s news. Somewhere along the way, people started to assume he was infallible.”

“Somewhere along the way” — as if it happened by accident. This is an extraordinarily disingenuous line to take by both Suzuki and the journalist, who both know that Suzuki’s public image has been carefully crafted. Of course it’s “news” when the lead climate doomsayer in the country reveals that he doesn’t know the basic facts of climate change. The newsworthiness has nothing to do with unrealistic expectations of “infallibility” and everything to do with a perfectly reasonable demand: that someone who calls for the drastic economic and industrial transformation of the civilized world (massive increases in taxes, a total reorientation of energy production and consumption) and who suggests that politicians who disagree with him should be jailed for “crimes” against future generations should be able to produce more in debate than platitudes about saving the earth.

But this isn’t how Suzuki sees it, taking no personal or collective responsibility for the public’s loss of faith. He makes no mention of the Climategate scandal, in which it was revealed that researchers at the famed Hadley Centre were doctoring their evidence, or of the salient fact that the climate has not warmed in anything close to the world-ending fashion that warm-mongers have been predicting. Unlike Gaia creator James Lovelock, who has now publically admitted that environmental predictions were “alarmist,” Suzuki sees only the evil of a selfish and negligent world that turns on the messiah to reject his gospel of hope. “Many of the battles that we fought 30 or 35 years ago, that we celebrated as enormous successes. … Thirty-five years later, the same damn battles have started again,” he complains, revealing with self-pity that all he has left now is “Hope.”

Well, he’s got a bit more than that: aside from his personal millions, he has a large swath of the Canadian mainstream media firmly onside, willing to burnish his pious earth-father image and to accuse critics of bad faith. Blinkered thinking and apparent fact-fudging can be found throughout Gatehouse’s article, which never questions any of Suzuki’s victim rhetoric.

Commenting on the Australian debacle, for example, the Maclean’s article refers to “audience plants” who “took him to task,” the clear implication being that (unnamed) powerful interest groups placed these professional dissenters in the audience. Is there any evidence that such was the case (not that it would lessen Suzuki’s failure to answer them effectively)? Gatehouse doesn’t even try to substantiate the slur. Ironically, what the article fails to mention is that Suzuki himself tried to deflect expressions of dissent by suggesting that most deniers are supported by the “fossil fuel industry.” He was politely rebuffed by one of his questioners, who affirmed his credentials as an independent-minded scientist (with no big oil funding) genuinely concerned about Suzuki’s wild claims. Gatehouse gives an inaccurate picture of what happened in Australia.

On the subject of Suzuki’s so-called “chief tormentor,” Ezra Levant, the article is viciously dismissive, calling Levant a “shouting head,” describing his “shark-like smile,” and suggesting through selective reference that his charges are without substance. Levant’s contention that the prophet of belt-tightening lives a lavish energy-profligate lifestyle is made to disappear by rhetorical sleight of hand. Suzuki’s $8 million home is explained away as the result of “inflation” — as if Suzuki has no control over where he lives and as if his choice to maintain a large primary residence as well as various secondary and vacation homes, all while telling others to cut back, has been forced upon him. On the question of Suzuki’s extortionate speaking fees, Gatehouse contends that the claimed $41,000 price tag exceeded by “about $10,000” the real amount, as if charging only $31,000 to speak — to a group of students! — is reasonable.

Ultimately, the article misleads readers on the question of Suzuki’s martyrdom. It presents the fact that Suzuki “decided to resign from his foundation in the spring of 2012 because he feared it would be targeted for a tax audit by the Harper government” as evidence of the persecution he faces under the Conservatives. Nonsense. Charities operate under specific rules, one of them being that they are not to engage in political advocacy. That the Suzuki Foundation’s charitable status was imperiled last year was entirely Suzuki’s, not the Canadian government’s, fault. He participated in an ad campaign for the Ontario Liberals in 2011 in direct contravention of the rules for tax-exempt corporations. No one forced him to do so and he must have known that his actions were improper. The article makes no mention of this fact. Other substantial charges that have been brought forward concerning the sources of the Suzuki Foundation’s massive funding and potential under-reporting of such funding (recently investigated by Vivian Krause) also go unmentioned, as does the interesting question of Suzuki’s net worth.

Maclean’s magazine’s fawning defense of David Suzuki would be objectionable even if Suzuki’s reputation had been destroyed by the adverse publicity he has lately received — for unsubstantiated claims deserve to be exposed, even when made by charming charlatans who believe in their self-serving and lucrative causes. But Suzuki is still a media darling and a man who has made millions from his activism. There’s no cause to be sorry for him, and all too much cause to despair over what passes for journalism in Canada and for honest reflection by our self-proclaimed leaders.