The record cold and icing of the Chesapeake Bay has trapped hundreds of residents of Tangier Island, Virginia. The Virginia National Guard has had to fly emergency supplies of food and medicine in because access to the island by boat has been cut off.

Being a Tangier native and resident of 30 years, I thought I’d set the record straight on what it’s like to be an islander trapped by ice — isolation most Americans never experience in 2015. 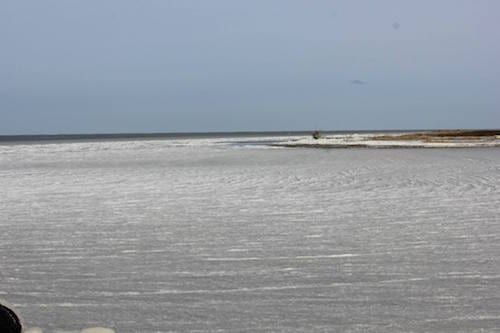 On a normal day, few islanders will dispute the fact that Tangier is “a wonderful place.” A mere spec rising from the sparkling waters of the Chesapeake Bay. People have lived here since the 1680s, with good reason. Tangier Island boasts amazing views of the bay and Tangier Sound, beautiful wildlife that walks her marshes. She gives a feeling of safety to some 500 residents, whose Elizabethan accents will remind you that most of us can trace our ancestors back to the settling of the island. Think Mayberry — not only a kid’s paradise, but a parent’s as well.

But as is true of most good and wonderful things, there are disadvantages, too. The ice surrounding the island is being reported a foot thick or more. Don’t get me wrong: we’re not literally suffering, but we are definitely experiencing a bit of frustration and anxiety.

The waters became impassable over a week ago when the winter storms began. Boats are our main source of transportation, so not being able to run one has created quite the pickle. Islanders depend on them for groceries, prescription medication, mail, wood and oil for heating, and gas for cooking, and sometimes just the ability to leave when one gets the itch to visit the “real” world. (The latter being my own crisis at the moment.)

Boats are also how many islanders make a living. 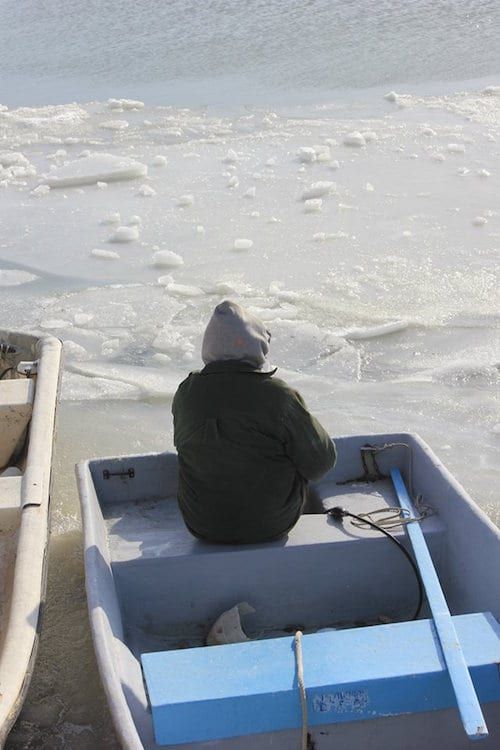 The ice means watermen can’t go get oysters, and tug boat crews can’t get home after weeks of work away. The only grocery store, Daley & Sons, hasn’t been able to restock their shelves in what will be two weeks this Thursday. Normally, Thursdays are the only days they make a trip to Crisfield, Maryland, to pick up the groceries to restock the stores. We call that “Grub Day” here on the island. Imagine the panic two weeks without restocked shelves might cause in other parts of the country. 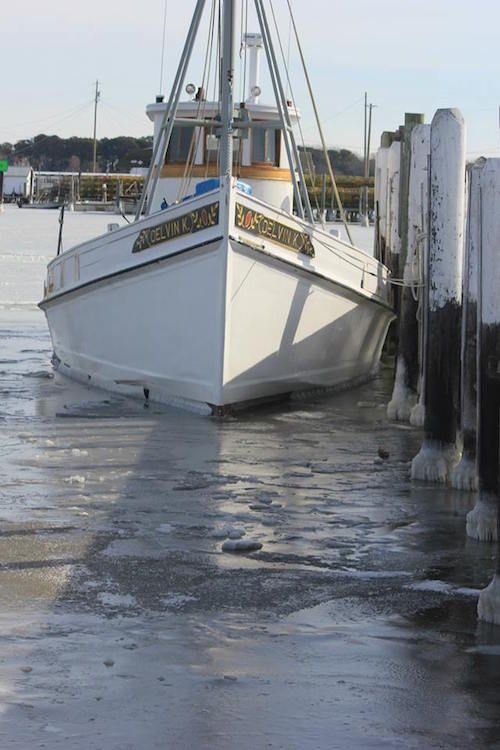 A few days ago, the Virginia National Guard flew in and brought needed items such as milk and bread, which we very much appreciated. Most of us stock our freezers just because we understand the way these things work, and because it is a pain to run out of essentials on an island surrounded by water.

Thankfully, no one is hungry at the moment, and the community is great at coming together to help a neighbor who is without.

The island is something like one mile by one and one half miles around. We all live in a little knot here, and yet I can go weeks without seeing many of them because some, including myself, never come out. Where are we to go in the winter? We have one grocery store, a post office, a school, and two sandwich shops that are open at the moment.

You can’t beat a stay on the island in the summer, but don’t plan to stay on in the winter if you have depression or anxiety. NASA should really consider using the island as a method of conditioning their astronauts for travel to Mars. If they don’t crack here by March, they’ll not crack on Mars, either. 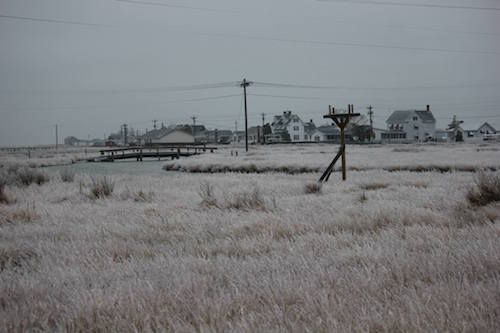 And while most of us are doing just fine in that none of us are starving, we have fresh water, and we’re all keeping warm. There have been those who could have died had the weather not been favorable for air travel. While the island has been blessed with an amazing clinic, as well as a very talented physician assistant – my mother – the fact of the matter is we do not have a hospital here, so emergencies must be shipped to the mainland.

Thankfully, Maryland sends their helicopter in for our patients and transports them to a hospital in Salisbury, Maryland. There have been several medical incidents here that warranted an emergency flight out, including a recent life-threatening illness. Snow storms have prevented the helicopter from landing on more than one occasion. In situations such as these, timing is everything.

Hopefully, this has given you an idea of what it’s like to be trapped by ice on an already remote island. While we sort out the logistics on groceries, medicine deliveries and medical emergencies, please keep us in your prayers. We have a lot to be thankful for, and look forward to getting the mud between our toes again this summer.

Irene Thomas is working on her undergraduate degree. She lives next door to her father Jerry, a former boat builder and current captain of the Delvin K. -- the bay’s last working buyboat -- and her mother Inez, the island Physician Assistant.
Read more by Irene Thomas