At 11:10 a.m. on April 20, 1999, Eric Harris and Dylan Klebold arrived at Columbine High School. Nine minutes later, they began a killing spree that over ten years later stands as one of the most horrific acts of violence in American history. In less than an hour, they killed twelve students and one teacher and injured another twenty-four. 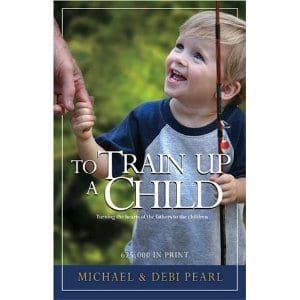 Before the dust was settled, stunned Americans wondered why it happened. Some found their answer in the entertainment the pair allegedly consumed. First-person shooter video games like Doom and Wolfenstein 3D were blamed. Marilyn Manson was labeled as somehow responsible for the massacre (even though it was later revealed the pair did not listen to the shock rocker).

The assassination attempt on President Ronald Reagan is connected with the movie Taxi Driver due to John Hinckley, Jr.’s marathon viewing of the movie — which features a psychopath who attempts to kill a presidential candidate — and Hinckley’s infatuation with Jodie Foster, one of the stars of the movie.

Mark David Chapman “believed that he would become Holden Caulfield, the young protagonist of [Catcher in the Rye], when he killed [John] Lennon.”

And most recently, the brutal beating death of a seven-year-old adopted girl from Liberia is being blamed on the book To Train Up A Child, a book by a Christian minister and his wife. The book is an unapologetic defense of corporal punishment, advising the reader to “switch your kids” in order to train them to be obedient.

It was found in the home of Kevin and Elizabeth Schatz, who have been charged with the torture and murder of their adopted daughter Lydia. Mike and Debi Pearl, authors of To Train Up A Child, are now being tied to her death, with some going so far as to lay blame right at their feet:

Legal liability and moral responsibility however, are two different matters and there is no doubt that Pearl bears a measure of the latter whether he realizes it or not. Of course, the real challenge is not to Michael Pearl, it is to the rest of us, especially those who own Pearl’s book, believe, or teach, that hitting kids is a religious act. This is no longer a phenomenon about which any of us can plead ignorance, and we all bear a measure of moral responsibility for every slap and punch.

CNN’s Anderson Cooper 360 also focused on the Pearls’ book. In the segment, they interview District Attorney Mike Ramsey, who doesn’t hesitate to point fingers at the Pearls for the death of Lydia.

Next: What does a veteran clinical psychologist say about the influence of media on the criminal mind?

Dr. Stanton E. Samenow, a clinical psychologist and author of Inside the Criminal Mind, disagrees, citing the fact that thousands of people own this book and have not killed their children.  He says responsibility for the act lies with the criminal, not with anyone else. 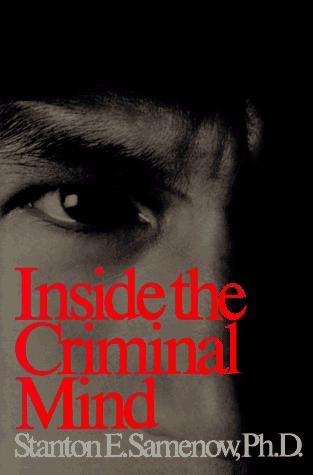 While the book clearly influences the reader, it is not to be blamed for the actions the reader takes after reading it. It is the personality of the reader that will decide how to incorporate what they read into their already developed, and possibly malformed, belief system.

In other words, it is the decision the criminal makes, not the contents of a book or movie, that is responsible for any crime, no matter how heinous.

Samenow gives an example of how different personalities react to what they are exposed to:

“There are thousands of parents who would not consider reading a book that advises corporal punishment because it’s antithetical to their notion as to how to raise children. There are others that might read the book out of curiosity, dismiss the ideas, and it would have no influence at all. And then there might be some who already have a certain set of ideas on how to raise children and they find those beliefs reinforced by the book they choose to read. But the book doesn’t create violence out of nothing.”

Samenow is adamant it is not the media but the individual that is responsible for the crime. As he wrote in Inside the Criminal Mind,

A person already thinking about committing crimes may pick up ideas from the media or become more certain about the feasibility of a particular crime. But a responsible person will not be turned into a criminal by what he watches or reads.

It all comes down to the individual. You have seen things that you might consider vile. It was your set of beliefs that repulsed you when others with a profoundly different personality would be aroused. The stimulus wasn’t any different, but the reaction to it was, based on the personality of the individual.

Every individual reacts differently to stimulus. Some commit crimes too awful for others to imagine. Others walk away from the same exposure and live a life most would call normal.

For example, how many people saw Oliver Stone’s Natural Born Killers? I did. Several times. I have yet to go on a nationwide killing rampage. I made the choice not to because I’m a responsible person with occasional bad taste in movies. But I’m not a criminal.

Movies, music, books, and video games do not create criminals, but criminals might be drawn to specific titles. If there’s a correlation, that is it. But you cannot blame the stimulus for the reaction. The reaction is a choice made by an individual. But apparently this isn’t as interesting a story for Anderson Cooper and CNN.

Duane Lester is a former Navy journalist. He has been a contributor at the Watchdog Arena, Right Wing News and IJ Review, and served as Editor-in-Chief at Liberty News before launching The Missouri Torch, which focused on politics in his home state of Missouri. Today, Duane writes mainly at DuaneLester.com. In 2012, Duane was the first recipient of the Breitbart Blogger Award, and in 2015 he became a graduate of the Leadership Program of the Rockies. In addition to his writing, Duane produces a weekly podcast, “The Duane Lester Show“, as well as the YouTube series, “The Paradigm Shift." Duane lives in northwest Missouri with his wife and seven children.
Read more by Duane Lester