What Do I Know? I'm Just a Doctor 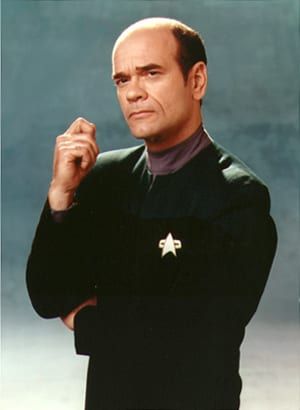 That reminds of the old joke: “But how was the play, Mrs. Lincoln?”

ObamaCare is bad medicine, plain and simple. But what do I know? I’m just a doctor.

In the 2,500 pages of the Unaffordable Act, there is very little mention of what the doctors on the front line would recommend.

Let me explain what “front line” is. We’re the ones who take care of you, your wife, your husband, your mom, your dad, your son, and your daughter. My daughter was in your daughter’s class in high school. My son played basketball with yours. Our spouses go to the same supermarket. We stop at the same Coffee Bean on the way to work.

In other words, we are you. We see 100 patients a week in our offices and spend hours fighting the insurance companies to approve your treatment. We worry about meeting payroll and paying the rent. No one on the “front line” was involved in writing ObamaCare. Those doctors in the high ivory tower don’t even know what a stethoscope looks like, let alone know where to put it! Heads of insurance companies never waited an hour to see their doctor. Congress and the president sure as hell get preferential treatment when it comes to their own health care. I don’t think Obama worries about whether his colonoscopy will be covered.

It seems that Obama and his fellow legislators don’t trust us, the doctors, to do what’s best for our patients. I’ll admit there are bad doctors, just as there are bad lawyers, politicians, and baseball players.

The difference is that we are on the front line. We know what works and what doesn’t. ObamaCare doesn’t.

ObamaCare is fiscally dishonest. Not only will it not save any money, it will also cost at least 1 trillion more than originally thought. That’s from the CBO, not from some right-wing doctor in Alabama.

The 23% proposed cut in Medicare reimbursement to your physician will likely force him to stop taking Medicare. We can’t treat you if it costs more to take care of you than we would make.

What do you think will happen to the additional 30 million on Medicaid?

It is projected that by the end of 2013 only 33% of physicians in our country will be in private practice. The remaining will be corporate doctors who will work 9 to 5. You will be assigned to one of these doctors. There is no choice.

If you don’t like him or her… tough. He or she may not like you! Oh wait, that can’t be true. President Obama promised that if you like your doctor, you can keep you doctor.

Then there is the Physician Advisory Board: 15 non-practicing physicians who will decide what will be covered and what won’t. There will be a simple algorithm for quick decision-making. No clinical thought process here.

Are you 85 years old? No bypass for you! Never mind you’re in otherwise tip-top shape and can live another 15 years in good health. Mammograms? Bah, humbug. It’s cheaper if we start testing after 50.

Wait, you say. Obama will pay for my kids’ health insurance until 26. Hey, that sounds good, as my daughter is 21. Never mind that this is like one of those bad midnight infomercials selling you something you don’t need and adding, “But wait, there’s more. Order now and we’ll send you two — just pay additional shipping and handling.”

The health insurance for the 18 to 26 year old is comprehensive, very expensive insurance. The insurance companies make a killing with this plan. These young kids for the most part don’t use it. They are healthy! We’re paying for filet mignon, when all we want and need is a quarter pounder. Actually these young people are paying for someone else to have filet mignon! These 20-somethings need catastrophic insurance or major illness insurance, not cradle-to-grave coverage. ObamaCare is intellectually dishonest.

There are so many glaring problems with ObamaCare that it’s amazing the thing ever got passed. I’ll touch on those in another rant. Practicing front-line physicians have been screaming at the top of our lungs… but to an empty auditorium. Remember Obama claiming we have to stop the pediatrician from taking out an unnecessary tonsil just to make a buck? Those greedy doctors.

By the way, Mr President, pediatricians don’t do tonsillectomies. If Obama were a doctor, he would be sued for malpractice … probably by John Edwards!

The irony of ObamaCare is that as a private practice physician, one of the 33% who are left, I will do very well with ObamaCare. There are fewer and fewer doctors, and more and more patients. Tax or not, why am I mad as hell? Because I care. This is just bad medicine for our country.

Peter Weiss M.D., F.A.C.O.G., is Director and Founder of The Rodeo Drive Women's Health Center. He is also Assistant Clinical Professor of OB/GYN at The David Geffen School of Medicine at UCLA. He was health care adviser to John McCain's presidential campaign. Dr Weiss is an Attending physician at Cedars Sinai and St Johns Health Centers
Read more by Dr. Peter Weiss