The most important center-right political article of the year — in fact, the most important political article of the year — may well be a piece by the liberal writer Jonathan Chait in the current New York magazine titled “In Defense of Male Aggression: What Liberals Get Wrong About Football.” The thesis of the article is pretty much summed up in the title. In a development that would have been inconceivable just a few years ago, a serious move to delegitimize or even abolish football may well be emerging as the next big cultural cause of the left. Chait has come forward to defend the game, its role in American society, and the concept of masculinity at its core.

Chait makes some cogent arguments on this cultural battlefront, but the real importance of his article is that he is the first mainstream liberal writer to confirm that the battle exists (and therefore that the few conservatives, ranging from Max Boot to Rush Limbaugh, who’ve written or talked about it aren’t nuts). This offers hope that, unlike in so many of these culture wars where progressive victory becomes a fait accompli before the progres­sives acknowledge, and everyone else realizes, what is going on, we may actu­ally get to have a real debate.

Chait’s contribution to this debate comes at an inauspicious time. Just prior to his article’s publication three high school football players, including a 16-year-old in Suffolk County, died in a one-week period. But as Chait shows, despite this horrid coincidence such tragedies are in fact exceedingly rare, and the high school football fatality rate is actually lower than that for basketball, lacrosse and water polo. As Boot noted in the Wall Street Journal last year, football deaths at all levels have declined precipi­tously from 36 in 1968 to fewer than ten per year the last few decades, and far fewer Americans die playing football than horseback riding, bicycling, swimming – or being struck by lightning. Even the incidence of concussions – the source of much legitimate concern about the NFL – is only “incrementally higher” in football at all levels (6.4 per 100,000 athletic events) than in ice hockey (5.4), boys’ lacrosse (4.0), or girls’ soccer (3.4), Chait points out.

But while these numbers provide important perspective, they are not the main focus of Chait’s article, and he does not downplay the seriousness of the NFL concussion problem. Rather, he adopts Boot’s “mend it, don’t end it” approach to the game, and even acknowledges the possibility that “advances in weight and speed training” may make it impossible to mend at the professional level without some fundamental rules changes. His concern, though, is that a “period of serious and justifiable medical revelation is slowly giving way to a moral panic” about football among the liberal elite, with “a safety-reform movement mutating into a culture war, where one part of America rises in visceral, often-uncomprehending revulsion against the values and mores of another.”

The recent diatribe of leftist professor Steve Almond, in his succinctly titled Against Football, that the sport “fosters … violence, greed, racism, and homophobia,” Chait observes, “increasingly speaks for liberal ­bien-pensant opinion in America, since football is a manifes­tation of traditional masculinity that is increasingly out of step with liberal society.” And, indeed, sentiments such as Almond’s are rapidly spreading, as such sentiments always do, from the fringes of academic la-la land to the arbiters of mainstream liberal opinion. Malcolm Gladwell, writing in The New Yorker, has compared football to dogfighting. The cover of Time magazine a few weeks ago demanded: “He Died Playing This Game. Is Football Worth It?,” featuring a story about another tragic high school death last year. The New York Times has crossed the line from investigative reporting about concussions to bemoaning the alleged “barbarism” of broken legs as well as broken brains.

The further spread of this attitude beyond the liberal elite to the citizenry at large, as improb­able as that may still seem, could be only a matter of time, Chait suggests, given how thoroughly cultural liberalism has already primed the public for it:

Over the last generation, the social experience of American youth has rapidly liber­alized. The cultural mores of my school life largely resembled those of my parents’, but the socialization awaiting my children has transformed beyond recognition. Rather than allowing kids to “settle their differences” . . . authorities aggressively police bullying. Schools are rife with organizations to support gay students, something unimaginable not long ago.

As a liberal, Chait hastens to add that this is all “entirely to the good.” But he rightfully fears that such a radically changed climate – a new world in which everyone gets a trophy and the cardinal rule seems to be that no one must ever get hurt either physically or emotionally – could become inhospitable to a game where strong men and boys still “settle their differences” in the old-fashioned sense. And that, for Chait, would mark a point where an ascendant “social liberalism has swung from the defensive (creating a place of respect and value for those who have long been excluded) to the offensive (suggesting that only a world conforming closely to down-the-line-liberal values is worth living in)” and has imposed “a new social system unwilling to consider that the worldview of one’s political adversaries might have any wisdom to offer at all.”

As a former high school football player Chait rebels against this, arguing that the worldview on the receiving end of this new kulturkampf actually still has a great deal of wisdom to offer. Most of his arguments are utilitarian – that football provides a healthy outlet for male aggression, that it “channels boys’ chauvinistic belligerence into supervised forms, shapes them within boundaries, and gives them positive meaning.” And that for those from poor and single-mother households “identification with football supplies the vouchsafe of masculinity that might otherwise need to be demonstrated in far more dangerous ways. Football may be the safest way for a boy in a crime-ridden neighborhood to prove he is tough.”

But Chait also ventures beyond this utilitarian argument and, in keeping with the title of his article, offers up at least a two-cheers defense of male aggression (properly channeled) itself. The defense begins, as all discussions of American masculinity must, with Theodore Roosevelt, the economically progressive but culturally conservative president who “saved football” by brokering its reform back when it was truly brutal, and who as a boy “fanatically built up his sickly body and developed an obsession with athletics, danger, and war.” TR’s disgust for and triumph over his boyhood weakness reflected “an attitude about self-­mastery, aggression, and courage that is completely alien” to contemporary metrosexual liberalism, Chait concedes, and “his beliefs about masculinity could not be repeated without embarrassment” in sophisticated circles today. But Chait lets on that some of them sound pretty good to him. While snarkily reas­suring his liberal readers that TR’s “blueprint for raising boys on a broad scale would be insane – not even Ted Cruz would advocate it,” he adds that “it is not entirely devoid of moral value even by contemporary standards,” as it leads to a “paternalistic code of honor” that is more likely to protect the weak from bulling than to bully them.

Whenever a radical cultural change like the abolition of football is in the offing, those who resist are paranoid rightwing cranks until 11:59 pm for suggesting that liberals would ever support such a thing, and at 12:01 am they become evil rightwing reactionaries for opposing it. It is now midnight for football in America – a tiny window of opportunity for conservatives, moderates and sensible liberals to speak up. Bravo to Chait for doing so.

Related: Daniel J. Flynn Fights Back Against The War On Football, discusses his recent book in an interview with Ed Driscoll. 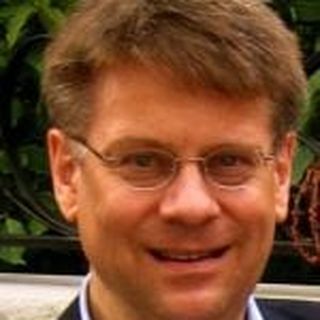 Dennis Saffran is an appellate attorney and political and public policy writer whose work has appeared in City Journal, the New York Daily News, the New York Post and the Wall Street Journal. He formerly headed the Center for the Community Interest, a public interest anti-crime group, and has been the Republican candidate for New York City Council in one of the city’s few competitive districts.
Read more by Dennis Saffran