Oh, Come On: It's Still Not Time To Buy a House?

Thanks to our wonderful almost-three-year-old son, our incredible seven-month-old daughter (don’t ask for pictures. I shall not post them for the sake of your productivity), our two awesome yet awesomely poopy cats, and my wife and I both working from home for a significant part of the work week, life dictates that we need to leave our two bedroom, living-room-as-an-office apartment. And generally — in a non-Obama/Pelosi/Reid/union-devoured economy — folks like us are out to purchase our first home.

Yet we’ve been on Listingbook.com obsessively, been spending Sunday afternoons with a realtor, been gathering advice, been checking with a banker, been checking with economists even, and we’ve reached the conclusion that now is most certainly the time to get the bargain of our life on a home, or perhaps to construct a bunker in Vermont and to exchange our assets for rare-Earth metals. Dipping a toe in the housing market and experiencing the effects on participants at a state, town, and individual level presents the alarming reality of the effects of Obama: it’s chaos and confusion.

I currently live in Fairfield County, Connecticut, where prices are generally ludicrous. Yet even here, they have reached an astounding low. Now, this low is not the kind of low you might expect elsewhere in America, away from the Tri-State area or other urban centers. For example: in lovely eastern Connecticut, in this historically depressed market $1,300,000 gets you this: 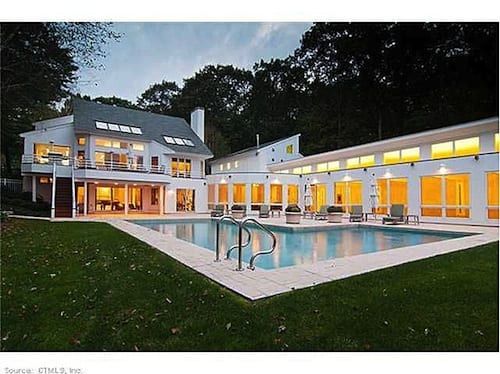 And there is little chance of this amazing house selling above $1,000,000. 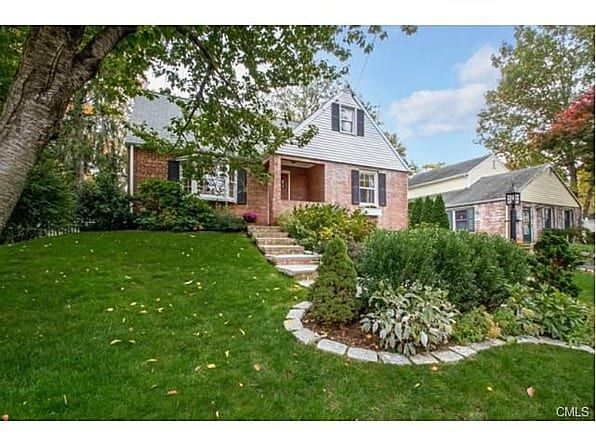 So: historically low, but Fairfield County is historically insane. (Note: I am not in the million-dollar house market. I am in the “has enough room and a reliable roof” market.) However, reaching a bit beyond one’s means right now could score you “Gold Coast” land near New York City, land destined to be an appreciating asset at some point in our lifetimes presuming the U.S. figures out that socialism sucks, which should happen any freaking day now, America.

Still, few appeared to be buying here through the Fall. I have yet to notice a house selling for its listed price or higher. This was as economists claimed a possible national rebound — there wasn’t really one, and the numbers were revised downward post-election.

Now, it’s getting weird: December has seen an big uptick in transactions in Fairfield County at a time that is historically real estate’s slowest season. Yet prices are still dropping.

It doesn’t seem that sellers are dodging the capital gains tax hike — maybe in the luxury market where some properties are investments/second homes, but the stuff I’m looking at is generally due to a family relocating and just trying to sell somehow. I believe plenty of buyers like me were waiting on the sideline for December for a bargain, and made the decision that prices are done dropping.

I’m coming around to the opinion that these similarly positioned buyers have taken on a tremendous amount of risk. Despite Fairfield being at a historical low, this isn’t about capital gains taxes or timing the bottom: it’s about the towns’, states’, and country’s fiscal calamity.

Property taxes are horrendous in Fairfield. Always. The public schools are solid because of it — the key reason we would like to stay here — but without a Scott Walker, state aid to towns is about to be slashed (rather than returned to the taxpayer, but that’s a different article), and a blue state like Connecticut will continually raise property taxes. Trying to weigh the possibility that Gold Coast land will dip even lower while taxes climb against the reality that this area has never been cheaper and is likely to be an early area to rebound presents a tough decision. That a perma-wealthy county is so frozen and confused has us unsure whether or not opportunity or disaster is presenting itself, all while the cat demands more litter box space and privacy by peeing on our shoes.

We’re considering renting, yet again, a depressing prospect compounded by the understanding that 400,000 key votes in swing states and the increased economic certainty Mitt Romney provided would have made this an enjoyable, proud experience.

I’m considering picking a lock in the back of the Greenwich yacht club, passing out a bunch of PJ Media business cards, and searching for a Medici-style benefactor of the Conservative arts who might just have a four bedroom home available for a promising young voice and his wonderful family. Perhaps this one in New Canaan … 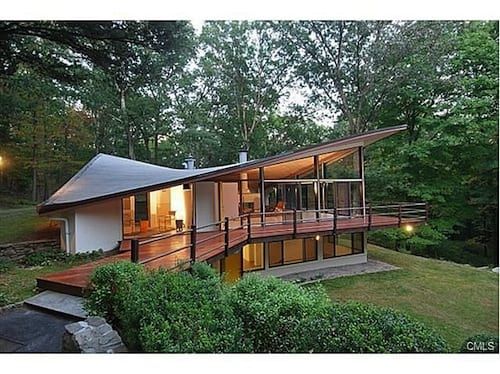 I’ve heard of this “patron” stuff happening, but it’s usually less “young married conservative writer” getting the help and more “slut,” and I’d have to buy a new wardrobe to pull that off.

But maybe an honest-to-goodness Conservative patron is out there. Perhaps if I bring pictures of the kids …