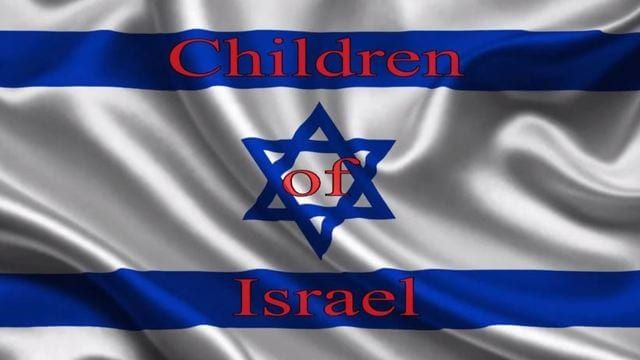 The treatment meted out to Jewish-American reggae icon Matisyahu by the organizers of Spain’s Rototom Sunsplash music festival, held annually near Valencia, is by now common knowledge. Refusing to sign on to the pro-Palestinian BDS movement making the global rounds, he was disinvited from participating in the event. As Matisyahu posted on his Facebook page:

The festival kept insisting that I clarify my personal views; which felt like clear pressure to agree with the BDS political agenda. Honestly it was appalling and offensive, that as the one publicly Jewish-American artist scheduled for the festival they were trying to coerce me into political statements. Were any of the other artists scheduled to perform asked to make political statements in order to perform? No artist deserves to be put in such a situation simply to perform his or her art. Regardless of race, creed, country, cultural background, etc, my goal is to play music for all people. As musicians that is what we seek. – Blessed Love, Matis

It was only after the Spanish government and various prominent Jewish agencies intervened that Matisyahu was re-invited.

On the micro-level of public opprobrium, I recently experienced something similar. Having been invited, pro forma, with my pianist wife Janice to play a selection of my original songs at the farmers’ market held in the small southeastern Ontario town where we make our home (let’s call it Cataraqui), I lingered six weeks to learn the date of our performance. Finally, I inquired by email. After a few days, I received the following message from the event organizer:

Hi David
I’m sorry, I’ve been somewhat out of the loop and had to step back a bit from market organising, but I thought someone had been in touch. My understanding was that there was some concern that your musical style might not be the best fit for the market but I believe moreso [sic] that the strong political content of your website was not something we were prepared to appear to be endorsing.

Somewhat taken aback, I checked my webpage for political comment. I could find little to speak of. Whether a song I had linked, called “Children of Israel,” which I wrote in honor of the men and women who serve in the Israeli Defense Forces, could be classified as “political” is moot. The organizer (or her collaborators) probably did a Google search of my name and would have found innumerable references to my books and articles written from a pro-Zionist and deep-blue conservative perspective. This would have been enough for the PC thought police to cancel a musical performance on strictly political grounds. On second thought, even a psalm in praise of the heroic defenders of the small, beleaguered Jewish state would be regarded as politically offensive by the consensual bigots of our day. Doubtless, nothing more would have been required to motivate what amounted to a disinvitation.

In retrospect, what was so striking about the response was the unabashed directness. It would not have been necessary to say anything about the political content of my webpage. The organizer might simply have said that my music was not appropriate for the market, and I would have assented without creating problems. But she went further to state that my political convictions were unacceptable, even though my music is almost entirely apolitical. Her objection was not so much to the music as to the man behind the music; and so assured was she that it was her right to make decisions on political grounds that she could see no reason to disguise the fact. Had her object been merely to marginalize someone whose views she disliked, she could have done so discreetly. But that did not satisfy her: she wanted to make clear why I was being excluded and she was so confident that her attitude was unopposable and almost universally shared that she felt no need for subterfuge or diplomacy. That’s how far the ideological grunge has spread.

Reflecting on the fact that the farmers’ market is funded by the town council and is thus a public, not a private, enterprise, I decided to consult the mayor of Cataraqui, who promised to look into the matter. A few days later, I was informed that our performance would indeed take place, at a specific date and time. But it was not to be. On that particular week, a power failure shut down the amplification equipment and I received the following circular email from the organizer:

Hello dear musicians
I’m unfortunately having to write to let you know that we are experiencing serious struggles with the electrical capacity in Town Hall park and until further notice we are unable to host musicians. It is our hope that the Town will step up with a solution and I will be in touch immediately if/when they do. Thanks for your understanding.

As it turned out, the power was shortly restored and, needless to say, I never heard a word about it; indeed, it was only when I visited the market a week later that I discovered all was in good working order and a Dixie band was just in the process of packing up.

I had never met or seen the event organizer; however, when a band member pointed her out to me I thought I might approach her, if only to hear first hand why Janice and I had been ostracized or why the market calendar could not have been extended for a week, given the disruptive circumstances. But I never got to speak to her. The moment she spotted me she quite literally scampered off in another direction as fast as her legs could carry her and vanished among the crowd of shoppers in the market concourse. I bided my time until she eventually reappeared, and tried once again—with the same result. The woman was a serial blur. There was plainly to be no conversation, no accounting, no explanation or coming to terms. A conservative Zionist was persona non grata and had to be disinvited in whatever way was most effective and least embarrassing. For, no differently from the organizers of the Sunsplash festival, the woman was a follower of the Progressivist party line and, as I could not help thinking, unscrupulous to boot. Such people are, in my estimation, abject cowards. Like Internet trolls who prowl in service of the left, they can be “in your face” when hiding behind a computer screen, or when protected by a bureaucratic façade. But “face to face” is another matter. That takes a bit of courage.

I visited town hall once again to issue my report. Apparently unaware of what had transpired and seeking to avoid scandal, the mayor re-invited us to the bandstand. But it was late in the season and since the Cataraqui farmers’ market, unlike the Sunsplash festival, operated on a weekly rather than an annual basis, I had no desire to displace musicians already slated to perform. Instead, I would wait until the dust had settled and consider an engagement for the following year, if only in defiance of market personnel.

Nonetheless, the market has remained unsavory territory. It was not surprising, as I was fruitlessly attempting to address my nemesis, to hear one of the vendors at his stall inveighing sanctimoniously to a gaggle of rapt listeners against the “Israeli invasion,” whatever that might conceivably have been. The extent of public ignorance and misguided hatred of Israel is ubiquitous, an aberration that consorts seamlessly with the left-liberal political program embraced by people like the festival organizer and her collaborators, by ordinary folk like the vendor and his audience, and, naturally, like the herd at Sunsplash waving gigantic Palestinian flags and booing Matisyahu.

Clearly, I am not Matisyahu. I don’t much care for reggae. I am not a celebrated rapper or pop musician. I am a writer and poet and formerly an EngLit prof, who has recently turned to music, begun writing songs, recording CDs, and performing gigs in local pubs, restaurants and festivals. Definitely small time. But like Matisyahu, I am Jewish; like Matisyahu I have no fear of confronting my adversaries; and like Matisyahu rapping on stage his love for Jerusalem in the face of collective hostility, Janice and I would open our re-booking next year with the song that had probably repelled our elusive impresario and would certainly affront the anti-Israeli vendor and his numerous ilk.

Moving to this part of the province, we had thought we were escaping the acrid currents of political correctness that are so unavoidable in every major city. This is a Loyalist region with a rural economic base and—apart from some wealthy retirees, cottage owners and transplanted, condo-dwelling urbanites—a mainly working- and lower-middle class demographic. But although the county itself is a traditionally conservative agricultural community, and votes accordingly, the towns trend toward liberal, statist and patently anti-Zionist views, prone to the ideological biases of the prevailing social climate. They are like tiny Torontos, preening themselves on a bogus sophistication. When the pandemic of anti-Zionism, a cognate form of anti-Semitism, can radiate from major international centers to small-town Ontario, communities very much out of the news and of no political import, we know a millennial evil is once more infecting every cranny and pocket of the Western world, whether in Valencia or Cataraqui.

What we call the “marketplace of ideas” is largely run by puritan zealots who are really not interested in ideas so much as in swarm thinking, anti-Israel animus, authoritarian censorship and a fixed agenda. They would fit in perfectly with the hate-mongers who populate the UN Human Rights Council, obsessed with expelling the only democracy in the Middle East from the community of nations and, in effect, targeting Jews everywhere. The 1930s are back and gathering momentum. If those of us who still believe in truth and decency, even if we are a shrinking minority, are to mount any significant resistance to the plague that is once again befouling the mind of the West, we must now become, as in my song, Children of Israel.