To Impeach or Not to Impeach 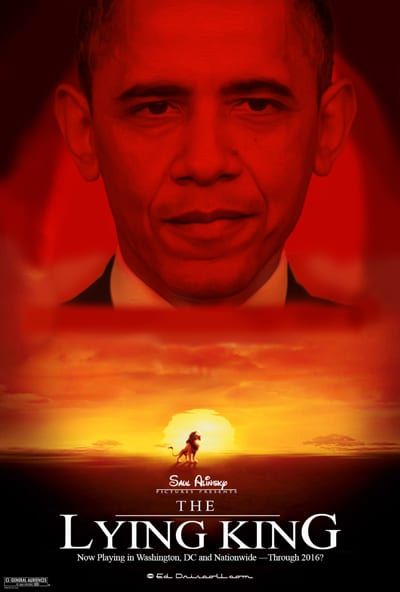 It has been persuasively argued that President Obama is impeachable on many grounds. Having joked that he could do anything he wants, Obama is guilty of running roughshod over the Constitution, bypassing Congress and governing by executive decree, stuffing his administration with Muslim Brotherhood operatives, making common cause with America’s enemies and betraying its allies, promoting the global warming scam at enormous cost to the taxpayer, accepting illicit campaign donations, failing to defend U.S. soil against illegal border crossings (in direct contravention of Article IV, Section 4 of the Constitution), being in contempt of federal court for his oil-drilling moratorium in the Gulf, allowing the IRS to target conservative nonprofits seeking tax-exempt status, approving via his attorney general Operation Fast and Furious, concocting the Benghazi cover-up, and constantly and illegally rewriting the rules of the Patient Protection and Affordable Care Act, at least 29 times to date. A more comprehensive record of Obama’s ethical violations and misdemeanors lists 51 reasons for impeachment, some of which may be comparatively borderline, others flagrant.

Aaron Klein and Brenda Elliot’s recent volume Impeachable Offenses provides a case for the judicial indictment of the president that is as harrowing as it is incontestable. Former New Jersey Superior Court judge Andrew Napolitano has added his authority to the movement for presidential censure, claiming that impeachment is the only way to stop Obama’s unprecedented resort to executive action. In his new book, Faithless Execution, PJ Media’s Andrew McCarthy makes a sustained argument for impeachment not simply as a legal resort but as a political remedy for the commission of “high crimes and misdemeanors” — a term, as he explains, that the Framers borrowed from English law. Ben Shapiro goes even further. In his just published The People Vs. Barack Obama: The Criminal Case Against the Obama Administration, Shapiro lays out the case for Obama’s arraignment on charges of treason.

We are confronted with the dispiriting spectacle of an ectopic presidency cobbling together broken promise after broken promise to advance an agenda that grows more suspect with every passing day. If impeachment proceedings could be started against Bill Clinton for a sordid fling with a White House intern, it stands to reason that Obama should be impeached for a much graver offense, a sordid fling with an entire nation. Such political tumescence should not go unpunished. That impeachment proceedings have not been initiated to date has nothing to do with Obama’s culpability; rather it is testament to the lack of integrity, courage and political will within the American political class, in particular the fear among Republicans of jeopardizing the upcoming congressional elections or of being considered “racist.”

With regard to the latter, Frank Camp, writing in Last Resistance, expresses the problem with exemplary clarity: “Racial fear is keeping Obama safe from criticism, and that shouldn’t be the case.… It’s time that we put aside this ridiculous notion that criticizing a black man is wrong, simply because he’s black. Obama has failed this country, and it’s not because of his race, but because of his character.” Thankfully, there are some among the black community who are beginning to awaken to the disaster that is Barack Obama and who might offset the timidity of people terrified of criticising a black (or half-black) president, irrespective of his unsuitability for office. Reverend Bill Owens of the Coalition of African American Pastors (CAAP), for example, does not mince words in his assessment: “In my lifetime, I’ve never seen a president as bad as this president.”

Much has been and continues to be written about what is probably the most mendacious administration in American political history. The fact that so many of Obama’s vital records are sealed or problematic should have raised alarm bells and disqualified his candidacy in the years before he assumed office — or at least have alerted a sentient electorate to the ethical and political travesty his presidency would become. Many are now experiencing buyer’s remorse, spasms of retrocognition, but the slightest degree of early attention to Obama’s defective résumé would have avoided such metaleptic regret or rueful hindsight. So insidious a burlesque as his presidency would become should have been obvious to any serious voter. When one follows the trajectory of Obama’s career, one knows that one is dealing with a man who is a liar from the egg, a man for whom suppressing the truth or lying outright is the daily fare of his existence — indeed, tracking the president’s innumerable lies has become something of an Internet sport.

The incongruities in his personal narrative are so vast as to provoke the conviction that Obama is little more than an embodied fiction — unless one assumes that a man born four years before his parents presumably met in Selma in 1965 is some sort of miracle worker or godsend. Aside from autobiographical disparities and obscurities, the empirical lies and political abuses continue to pile up. Senator Ted Cruz is in process of issuing a series of reports on the Obama administration’s abuses of power, having enumerated 76 instances of such constitutional dereliction at the hands of an “imperial presidency.” Blogger Tim Brown has documented 252 sourced examples of Obama’s lying, lawbreaking, corruption and cronyism, which as we are aware have culminated in a number of recent whoppers. For example, Obama insists that there was not “a smidgen of corruption” in the notorious IRS scoping of conservative organizations, yet the former director of the IRS Exempt Organizations division, Lois Lerner, who advanced the process, has twice pleaded the Fifth and will be held in contempt of Congress. Moreover, it now turns out that some two years’ worth of Lerner’s emails have been unaccountably lost. Something doesn’t compute, and we all know what that is.

Instances of all three categories of misconduct can be multiplied indefinitely, a sorry spectacle of malfeasance and guilefulness. And yet Obama is accounted by many as among the most, if not the most, intelligent, accomplished and even truthful president to sit in the Oval Office. One may plausibly wonder what could motivate such a man to act in ways that flagrantly belie the assumption of intellectual superiority, moral candor and good intentions of which he is the unworthy beneficiary. That he is wily there can be no doubt; that he is a serial fabulist is beyond dispute.

Naturally, motives are often complicated, marbled by ancillary factors. One notes that there is also an aspect of feckless ineptitude in the man whom Richard Fernandez calls the “dope in the Oval Office.” It is not always easy to decide at any given moment between agency and imbecility, and often the two will coalesce. After the fiasco of Obama’s disappearing “red lines” over Iran’s development of nuclear weapons and Syria’s use of chemical weapons, and his “there will be consequences” for Russia if it entered Ukraine — threats that die on the teleprompter — America’s enemies know they are dealing with a buffoon who has, wittingly or unwittingly, become a reliable ally.

This is a president who skips a National Security meeting about the Ukrainian emergency and emails out a smilingly inane selfie marking a White House film festival on the same day that Russian troops push into Crimea. This is a man who, without consulting Congress, releases five Taliban terrorists with blood on their hands for an American Army deserter. (Not to mention twelve detainees quietly released from Parwan prison in Afghanistan.) Charles Krauthammer finds Obama’s foreign policy “puzzling,” especially as the president “declares an end to austerity — for every department except the military.” “Would Putin have lunged for Ukraine,” he asks rhetorically, “if he didn’t have such a clueless adversary?” Krauthammer is being overly discreet. Nothing Obama does is puzzling. There may well be an element of Biden-like doltishness in his behavior, but the evidence strongly suggests that he is being politically and ideologically consistent in undermining American power and security on the world stage. There is no contradiction in a man being both stone stupid and insidiously crafty at the same time, which explains the Ruritanian politics and social japery he has managed to get away with up to now.

It is high time to assert the political will to impeach a rogue president who makes Frank Underwood look like a choirboy. Failure to do so is tantamount to the existential impeachment of a nation in the court of authentic justice.