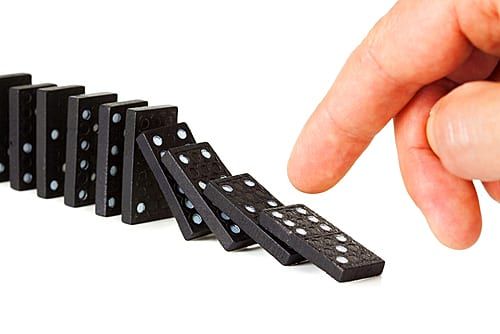 In a recent, hard-hitting article for American Thinker, Ed Lasky anatomizes the “pack of lies” that Obama and his party have “peddled to the American people” with respect to the Affordable Care Act. This is no longer news, obviously, though many of the electorate still remain in the dark, to awaken in the course of time to an unwelcome revelation. Lasky goes on to focus on “previous revelations that periodically cloud the luxurious fantasy world where Obama dwells,” such as, to take one example, his admission that there are “no such things as shovel-ready projects,” and concludes: “For a man who went to a swank private high school in Hawaii, then Occidental, Columbia and Harvard Law School, [Obama] is the most clueless president to occupy the Oval Office.”

Lasky’s assessment, which a plethora of writers and analysts has come to share, seems indisputable. Indeed, Obama’s regulatory, stimulus-oriented and redistributive economic program is perhaps the most damaging “legacy” he will have left the American people. “The economy continues to strengthen and recover,” touts the president’s Council of Economic Advisers, and Obama opines that the nation’s financial system is “safer” now than it was in the recent past, and that his administration has laid a “new foundation” for a healthier economy. The facts tell an entirely different story.

For America is simultaneously trapped in a vertiginous debt spiral while relying on the binge printing of fiat money — a process known by the euphemism of “quantitative easing” — brewing a perfect storm of decline and eventual collapse. Of course, as Milton Friedman observes in Money Mischief, since Nixon “broke the final tenuous link between the dollar and gold in 1971, no major currency…has any connection to a commodity,” and therefore, “Every currency is now a fiat currency.” The problem, however, is one of fiscal promiscuity or the absence of discretionary oversight of the quantity of money swamping the fiscal marketplace, that is, the unstinted printing of the money supply backed by nothing but the happy accident that the American dollar is the world’s reserve currency. Such intemperate printing of American dollars to service debt load, prop up a bloated entitlement apparatus, and generate “stimulus” projects — those “shovel ready” jobs but only in the sense that the shovel is the gravedigger’s implement — dilutes the value of the country’s legal tender and is viable only so long as the dollar does in fact remain the world’s reserve currency.

But will it? According to China Daily USA, “The World Bank’s former chief economist wants to replace the US dollar with a single global super-currency, saying it will create a more stable global financial system.” Michal Krol, a researcher at the Brussels-based European Center for International Political Economy, concludes that “it is time to formulate the fundamentals for global monetary governance.” The New York Post has reported that “the US dollar is getting perilously close to losing its status as the world’s reserve currency.” If the currency goes under, as investment banker James Rickards warns us in his new book Currency Wars, “everything else goes with it…stocks, bonds, commodities, derivatives and other investments are all priced in a nation’s currency. If you destroy the currency, you destroy all markets and the nation.” “Former Washington D.C. attorney Michael Snyder agrees, stating that “interest rates on our debt and everything else in our financial system would go up to crippling levels.”

Lending greater credence to the threat, the International Monetary Fund (IMF) has advocated the replacement of the U.S. dollar with Special Drawing Rights (SDRs); these would allow for certain assets traded in dollars to be priced using SDRs, a strategy that would reduce the dependence of central banks on U.S. Treasury bonds. “The dollar’s days as reserve currency are numbered,” blazons the Financial Times. Should an event of this magnitude come to pass, America will find itself virtually bankrupt. Every indicator — the unlimited expansion of the monetary base, the impact of prospective rising interest rates on servicing the debt, a paper-thin currency, the international threat of abandoning the U.S.-based financial system as a result of a federal Treasury suffering from prolonged dollarrhea — will have ominous consequences. Even as we speak, the Chinese devaluation of the yuan against the dollar spells further damage to the U.S. export market leading to greater unemployment (real unemployment is at least twice the official figure) — the outcome of a failed or adversarial leadership.

The currency shift has already started to happen. According to the ITAR-Tass news agency, Russia’s Gazprom Neft has “signed additional agreements with consumers on a possible switch from dollars to euros for payments under contracts.” The oil company’s head, Alexander Dyukov, told a press conference that “with Belarus, payments in roubles are agreed on [and] nine of ten consumers had agreed to switch to euros.” Dyukov is a leading proponent of the move toward ditching the dollar. In the same vein, Russia Today reports:

“Over the last few weeks there has been a significant interest in the market from large Russian corporations to start using various products in renminbi and other Asian currencies, and to set up accounts in Asian locations,” Pavel Teplukhin, head of Deutsche Bank in Russia, told the Financial Times.

Such foreign currency manipulations, however, are a mere handsel prefiguring the chaos that eventual reserve-deprivation will unleash. Ultimately, one should not forget Friedman’s resonant dictum in Money Mischief: “The fate of a country is inseparable from the fate of its currency.”

At this juncture, one recalls the infamous Cloward-Piven strategy of orchestrated crisis which, as the Discover the Networks website explains, “seeks to hasten the fall of capitalism by overloading the government bureaucracy with a flood of impossible demands, thus pushing society into crisis and economic collapse.” Choking the welfare rolls would serve to generate a political and financial meltdown, “break the budget, jam the bureaucratic gears into gridlock, and bring the system crashing down.” The fear, turmoil and violence accompanying such a debacle would provide the “perfect conditions for fostering radical change. That was the theory.”

And that, I am almost certain, is the theory that Obama, a master of presidential stealth, is attempting to convert into practice — Cloward-Piven in its exponential form: burgeoning debt, calculated unemployment (i.e., freedom from “job-lock”), exploding entitlements, higher taxes for the employed and rising costs for everyone, a chaotic medical-and-insurance state of affairs, an unreliable currency, industrial stagnation, infringement of privacy concerns, a green energy boondoggle, a billion dollar global warming swindle (based on dodgy computer models and selective disinformation omitting the many salient facts that would discredit the AGW theory), and the continued flouting and undermining of the Constitution.

Accompanying this manufactured crisis is an amnesty scheme envisioning the legitimizing of an estimated eleven million illegal immigrants (aka “undocumented workers” and, now, “aspiring Americans”) who have streamed across porous borders to clog the welfare, housing, labor compensation and social assistance programs, foster the expansion of make-work bureaucracies, and, predictably, vote Democrat. As Donald Trump aptly remarked at the March 2014 Conservative Political Action Conference (CPAC), “We’re either a country or we’re not. We either have borders or we don’t.” Borders, however, are anathema to a president who has further troubled the waters by ceding American legal and political space to foreign bodies like the United Nations.

It is not farfetched to assume that such an ongoing concatenation of events as we have enumerated may well comprise a deliberate project meant to inflame social unrest and bring about a civil crisis that would facilitate the ostensible goal of the Obama administration, namely, the “fundamental transformation” of the republic into a socialist welfare state — or a de facto one-party system. Indeed, the various scandals that have plagued the Obama administration — NSA spying on citizens, IRS targeting of conservative organizations, Fast and Furious gun-running operations, illegal deferring of certain provisions of the Affordable Care Act, the exchange of the dubious Bowe Bergdahl for five battle-hardened Taliban insurgents without consulting Congress, thus breaking a law signed by the president himself — are all forms of autocratic practice and are redolent of police-state actions.

One would prefer to regard this hypothesis as the stuff of fiction or unhinged conspiracy theory. But the circumstances described above, considered alongside the president’s Marxist training and Alinskyite methods, as well as a number of new developments, fuel such troubling speculations. These new developments involve a set of curious events within the military establishment. As Larry Kelley writes in Freedom Outpost, “Over the five years of his presidency across all branches of the armed services [Obama] has fired 197 senior officers. Just this year, he fired nine commanding generals, including General Ham, head of US Africa Command, who publicly stated that he disagreed with the order not to send a rescue mission into Benghazi on the night of the attacks when our people were pleading for their lives. Retired and active members of our most elite warriors are openly speculating that an Obama purge of its commanders is under way.”

It goes on. Obama’s gutting of the military — changing the rules of engagement thus resulting in higher casualty rates, downgrading fitness qualifications, relaxing military dress code, impairing veteran healthcare, staging fundraisers not for the Navy SEAL Foundation or the Special Ops Warrior Foundation (SOP) but for the LGBT community — is increasingly worrisome. Moreover, the plan to transform the Special Operations Forces from an elite killing force into a public relations committee, as has already befallen NASA, and Secretary of Defense Chuck Hagel’s proposal to downgrade the armed forces to pre-World War II levels, are issues that should concern every responsible citizen.

The normalcy bias disposes us to disregard or extenuate such policy initiatives. But history has repeatedly instructed us that the normalcy bias may be lethal. “It can’t happen here” is often the prelude to it happening here with a vengeance. For no matter how we may wish to parse or interpret reality, facts are facts. “They’re little pictures,” says Selwyn Duke in American Thinker, “and as with a jigsaw puzzle, if you have enough of them, assembled properly, you can see the big picture. This is otherwise known as being in touch with reality.” When we consider what is being enacted under the aegis of a ceaselessly prevaricating president, we would be frivolous if not delusional to deny the possibility that something in the nature of what Pamela Geller and Robert Spencer in The Post-American Presidency: The Obama Administration’s War on America describe as an “attack from within at the highest levels of power” is gradually but inexorably taking place. Citing reams of fact, they have no doubt that “Obama is setting America on the path to ruin.”

One may hope that it is not too late to repristinate America after the podylike boogaloo of a devastating and farcical presidency, But it is hard to escape the conclusion that this is a president whose Merovingian sense of anointment is belied by the sordidness of his official comportment as commander-in-chief, steward of the American economy, custodian of his country’s well-being, and supposed “leader of the free world.” Perhaps the last word should go to former UN Ambassador John Bolton. America’s “biggest national security problem,” he has recently claimed, “is Barack Obama.”