The Once and Future Republic

Sitting here comfortably in my Canadian living room and observing what is going on south of the border is like watching an Xtreme Fighting match for the championship of the world on a giant liquid plasma screen. American politics is high entertainment for those at a prophylactic distance and is crucially different from the bland predictability we are accustomed to here: a decent Conservative government prone to foot-in-mouth disease; Liberals slavering for power with a university intellectual who spent over thirty years out of the country as its leader; a socialist rump called the New Democratic Party playing the role of electoral spoiler; an absurd Green Party whose shrill clangor is in inverse ratio to its parliamentary silence, since it cannot boast a single representative; and the Bloc Québécois agitating for Quebec independence but raking in copacetic salaries and collecting sumptuous pension benefits, courtesy of the Canadian taxpayer.

Of course, the stakes are immeasurably higher in the U.S., a country struggling for its very soul and teetering on the edge of economic and political meltdown. The “culture wars” between left and right, traditionalists and post-modernists, individualists and statists, are common to every Western nation, but in America the outcome of these wars will determine the fate not only of the country but of the entire Western world. Like it or not, how it goes with America is how it goes with the rest of us.

Europe, as many believe, is almost, if not already, lost. Following the self-inflicted devastation of two world wars in which it depleted its generational stock and sacrificed its brightest minds, Europe has gradually become a geopolitical memory. It could no more resist the Islamic onslaught that is demographically absorbing the continent than it could prevent itself from returning to its authoritarian past in the form of an unelected transnational bureaucracy operating out of the Berlaymont Building, meddling in the public life of member states along the entire range of intrusiveness from imposing quantitative restrictions on imports to passing advisory laws governing swimming pools. Britain is the hollow shell of a once great imperial hegemon, studded with mosques and vulnerable to shariah creep, reduced to a condition of plebeian boorishness (as a recent police report affirms and as Theodore Dalrymple mourns in The New Vichy Syndrome), minus the slightest vestige of national pride and vigor — in short, a country whose prime minister takes paternity leave. As for the Commonwealth outliers like Canada and Australia, nothing much of consuming significance happens there or can impact the larger political theater in any pivotal way.

The fact is that the remnant Lilliputian West has long depended on the Brobdingnagian stature and power of the United States to ensure its solvency, security, and ultimate survival. Absent the United States, what we like to call Western civilization would long ago have become a diorama in the vast Museum of History to pique the interest, perhaps, of Chinese high school excursions. And this is why, naturally, everybody loves to hate Americans, those “ignorant cowboys” and “loud vulgarians” whom Europeans affected to look down upon, those “rude mechanicals” that a vanishing breed of Brit, remembering Shakespeare, might have thought, those presumably aggressive conquistadors that so many Canadians, especially under the tutelage of former Liberal Prime Minister Jean Chrétien, smugly enjoyed dismissing as irredeemable barbarians and moral inferiors.

Envy and resentment of this sprawling and robust — and necessary — giant among the nations were the motivating factors. For without the brawny presence of the United States in the Hobbesian jungle of world politics, neither Europe, Britain, nor the former Commonwealth dominions, as I have argued, could have defended their Enlightenment heritage or relied upon their own feeble military resources to guarantee their longevity. Gratitude, however, does not come easily. Contempt and self-infatuation are far more attractive emotional reactions for the parochial accessories of the grand historical drama. All those in the West who picket American embassies, deplore American ambition, write anti-American articles, columns, editorials and books, and cry “Down with America” are precisely the sycophantic beneficiaries of American strength and munificence.

Be careful what you wish for, as the old adage has it. Europe, for example, responded with unadulterated joy to the election of a statist, far left American president who apologized for American exceptionalism, adopted the socialist model of governance, pledged to reduce military expenditures, and brought his country to the brink of bankruptcy. Europeans did not realize — or did not want to acknowledge — that their “advanced” socialist experiment in welfare governance depended in large part upon American military spending for the continent’s defense, which permitted a liberated fiscal surplus to be invested in social programs, early retirement benefits, and a cradle-to-grave security network.

This is now changing. With the proposed reduction of American military spending, writes the National Post’s Matt Gurney, nations that “have been able to take American security guarantees for granted … allowing them to pursue the kind of social program spending that cannot be done in combination with large military outlays,” will have to mothball their “costly social engineering projects and welfare-state handouts.” Suddenly, Barack Obama no longer looks like a godsend but a weak and untrustworthy ally — in other words, like a European — who is depriving the continent of its parasitical future.

Regrettably, it is not only Europe that faces the specter of political and economic collapse. For America itself may be entering the tragic denouement of its 234 year odyssey. The “coming darkness” was not prepared overnight, but can be traced back to one or another terminus a quo — the dumbing-down  “Progressivist” movement in education beginning with John Dewey and his accomplices (inspired by the insubstantial idealism of Rousseau’s child-centered theory of “natural education“), or the Sixties’ subjectivist “transvaluation of all values,” or the emergence of post-modern nihilism and moral relativism, though more likely all these “moments” constitute a seamless continuum of intellectual decay. Some might even argue that the seeds of the debacle were planted when the field was first tilled centuries ago. Nevertheless, the consummation of this trajectory toward radical implosion arrived with the stunning 2008 electoral victory of Barack Obama, following hard upon the Democratic Party assuming control of both houses of Congress.

All that has transpired since — the abdication of fiscal sobriety leading to the trillions of dollars debt sinkhole, the poor planning in the prosecution of America’s foreign wars, the growing racial disharmony caused by a supposedly post-racial presidency, the impending, unaffordable “climate legislation” based upon a mainly discredited theory of global warming, the continued dependence on Middle East oil rather than effectively tapping domestic reserves, the ceding of border control to the Mexican drug cartels (which, according to Republican Congresswoman Sue Myrick of North Carolina, may be facilitating the passage of “Iranian agents and members of Hezbollah” into the U.S.) and the convulsive effect of mass illegal immigration, the infiltration of Islamic ideas and institutions into the nooks and crannies of American life, the greater susceptibility to terrorist attacks, a Justice Department that refuses to implement its mandate, the swelling of unsustainable entitlement programs, and the socialist nationalization of banks, industries, and the health care system — all these features of Obama’s ascendancy point inexorably to the “fundamental transformation” of the United States into a politically hybridized nation that is part Venezuela, part Sweden, and part UK.

To believe that it can’t happen here, as Sinclair Lewis lessoned us back in 1935, albeit from a different perspective, is the height of naivety. Not only can it happen here, it is already happening even as we speak. It seems as if the country’s governing and intellectual elite has abandoned its responsibility for the preservation of America’s social and political integrity, surrendering by daily increments to the forces of dissolution both within and without its borders. America’s enemies couldn’t have planned it any better.

This is the reason that the November 2 elections are absolutely critical to stopping and reversing the downward trend which Obama and the Democrats have accelerated. The momentum of calamity must be turned back and the ground prepared for a colossal changing of the guard in the presidential election of 2012.

Failing this, it really will be game over, for the United States as we have come to know it will not survive a second round of Barack Obama — and neither, for that matter, will the rest of the West. No democratic polity will be safe, not comfy Canada, not remote Australia, not the land of yobs, and tottering Europe will lose its last pillar of erstwhile support. We can only hope that many, perhaps most, Americans have understood that the republic is now up for grabs and that the so-called “culture wars” are no less decisive — indeed, more decisive — in determining the nature and direction of America’s historical itinerary than the shooting wars currently being fought abroad. Jeff Perren rightly argues that the campaign to halt the plummet of the last four decades transcends politics and centrally involves the critical mission of recalibrating the culture, including taking back education. But the electorate must also compel the government to live within “its constitutionally enumerated powers” in order to restore America “to a free country, where the dominant ethos is respect for the individual’s rights and free exercise of judgment.” 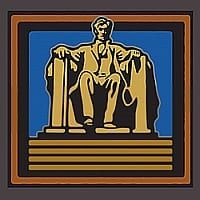 Luckily, it does seem as if many, perhaps most, Americans have realized, however tardily, that the enemy within the gates is far more insidious, formidable, and menacing than the enemy without. Permitting the left to control the discourse of the nation is frankly disastrous. Acceding to the infestation of left organizations like ACORN, the SEIU, the ACLU, the AFT, and many others into the body politic is slow suicide. Reluctance to oppose the radiation of Progressivist thinking will yield the inevitable carcinogenic result. Allowing the Democrats to chart the infernal spiral to catastrophe is no longer a viable option. And giving Obama a second term would be terminal.

Are we now witnessing the beginning of a new assertiveness — a possible “renaissance,” as Perren hopes — or the hastening of precipitous decline? Is the great adventure gaining its second wind or is it merely winding down? Will the future be relinquished to an increasingly powerful China and an imminent Islamic caliphate to slug it out for world domination? Or will America shake off its ideological stupor and rise from the debris of its own making as, to our great relief, the once and future republic?