Looking for 'Islamophobia' in All the Usual Places

Last week the Center for American Progress released the latest in an increasingly desperate series of reports by far-left and Islamist groups attacking my colleagues and me at the Center for Security Policy and others for our work educating Americans about Islamist terrorist threats and exposing the underlying doctrine — Shariah — that motivates them.

In what could be called a “Shariah Defense Lobby,” a growing number of far-left groups have joined ranks with Islamist groups to whitewash and protect the political, legal, military, and religious doctrines of Shariah from scrutiny. This latest report joins previous efforts by the Center for American Progress, the Council on American Islamic Relations (CAIR), the Muslim Public Affairs Council, the American Civil Liberties Union (ACLU), Political Research Associates, and the Southern Poverty Law Center. One of the major goals of these reports — in addition to the glowing coverage they receive on friendly outlets like the Iranian state-run PressTV and Al Jazeera — is to silence all criticism of Islamist aggression, jihadist violence, or Shariah violations of human rights and civil liberties.

The premise of “Fear Inc.: The Roots Of the Islamophobia Network In America” is that a shadowy network of activists and experts conspire to “misinform” the American public about jihadist terror. Frustrated by the prevalence of this common-sense concern, far-left and Islamist groups try to explain this by searching for conspiracy, sources of funding, economic arguments, or xenophobia. For the Center for American Progress — a leftist propaganda mill widely recognized to be the Obama White House’s “think tank” — a cabal of conservative plotters (which, they readily admit, works on a small budget) is responsible for American’s increasing concern about jihadist terrorism and awareness that elements of Shariah pose a threat to our national security.

While this shrill report suggests that millions of Americans have been manipulated into becoming “Islamophobes,” it shows nothing more than the frustration of their authors. While the Center for American Progress conspires to demonize an American public that watches as millions the world over march under the banner of installing Shariah law — complete with its brutal punishments, subjugation of minorities, and obligation to wage jihad — they are clearly losing a battle with reality.

Even without the work of the experts and activists in highlighting the characteristics of this ideology and its dangers, the far-left is hoping their fellow countrymen don’t notice as jihadist groups like the Muslim Brotherhood rally for a Shariah that is straight from the pages of the Center for Security Policy’s book, Shariah: The Threat to America.

Shariah: The Threat to America — and, indeed, much of the work by those vilified in the report, including Steven Emerson, Daniel Pipes, Frank Gaffney, Robert Spencer, and David Yerushalmi — gives voice to millions of Americans who look at the news and see the sharp end of a worldwide movement, like a storm, touching down in every continent. From the Middle East to Europe and Africa, to Russia, India, and the United States, there exists violence or intimidation in the name of Islam. These disparate engagements are seen by millions of Muslims as campaigns in a war called jihad. For too long, Americans have been told to understand these campaigns as disparate events, triggered by political, territorial, or national grievances.

To understand what’s happening, however, a worthwhile analysis must begin not with those grievances, but must take into account how the belligerents see themselves: their goals, aspirations, how they justify their actions based on their self-enunciated code, Shariah. This is a conversation both the far left and Islamists are desperate to avoid; they have gone on the offensive, unsurprisingly, by labeling their opponents “Islamophobes.”

Rather than look for the predictable “root causes” of economics, xenophobia, conspiracy, and the like that are catnip to the far left and the academy, the Center for American Progress and their fellow travelers in the “Shariah Defense Lobby” could find a more accurate reason for Americans’ increasing concern with Shariah: They could turn on the TV news. 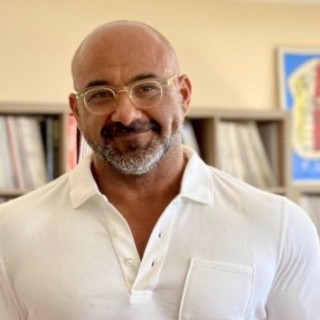 David Reaboi is the Communications Director at the Center for Security Policy in Washington, DC.
Read more by David Reaboi