This week, leading liberal election law lawyers will gather to discuss, and no doubt praise, Ari Berman’s new book on voting rights. Unfortunately, the book strays far from the truth about voting rights. It does not deserve such praise.

In Give Us the Ballot, Ari Berman — a reporter for The Nation — purports to provide the reader with a history of the political struggles surrounding the right to vote. As a fair and complete non-partisan account of this critical subject, Berman fails badly. This failure is not because Berman did not do extensive research on the subject, or because he does not write well. His failure to provide a fair presentation of this history, especially for the period from 2000 to the present, appears to be caused by his deliberate omissions and political biases. 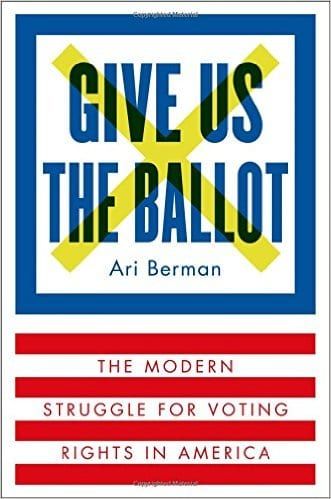 Berman covers the successful 1960 efforts to gain passage of the Voting Rights Act of 1965 (VRA) to the present-day court battles over such voting procedures as Voter ID, same-day registration, and the use of early voting periods. As a partisan liberal/left dissertation that tells only one side of these completed voting controversies, Give Us the Ballot succeeds.

For starters, Berman lists 105 people he interviewed for his book. I know a number of these people personally. Only 11 are known to be conservative in their political views or have ties with the Republican Party.

Importantly, of these 11, none of them worked in the George W. Bush administration, an administration of which Berman is highly critical. As any good social scientist knows, if you only talk to witnesses or sources who favor one side of a controversy, you are unlikely to get the complete story.

In addition to not interviewing a broad range of people, Berman’s book appears to have serious omissions.

One shining example is his discussion of the South Carolina Voter ID case. Berman makes clear his opinion that Voter ID is a major tool for voter “suppression.” In 2011, Attorney General Eric Holder, who shared the same view, interposed an objection, under Section 5 of the VRA’s preclearance requirement, to a newly enacted Voter ID law in South Carolina.

Beginning in 2013, this Voter ID law has been enforced in South Carolina without any significant problems or complaints.

This is simply dishonest reporting.

Another serious omission is Berman’s failure to discuss the controversies surrounding lawsuits brought during the George W. Bush administration against a black Mississippi Democratic official, Ike Brown, and against the New Black Panther Party. Those two VRA cases were the first — and to date, the only — cases ever brought by the DOJ against black Americans for discriminating against white voters and candidates.

In the Brown case, the district court found blatant discrimination by the black defendants, a ruling affirmed unanimously by the Fifth Circuit. In the New Black Panther case, government attorneys were on the verge of obtaining a default judgment against the Panthers for their intimidation and threats when Obama administration officials demanded that the case against three of four defendants be dismissed and that only limited relief be obtained against one defendant.

These cases and the ugly response to them by DOJ employees raised serious questions about the willingness of career attorneys and officials in the Obama administration to enforce the VRA in a racial-neutral manner, and whether they are only willing to enforce federal voting laws for the benefit of certain racial minorities.

At the request of Congress, the DOJ Inspector General did a lengthy investigation into this subject. This question lies at the very heart of the tensions between liberals and conservatives regarding voting rights enforcement, and is a subject that a serious book about voting rights enforcement would explore. Nevertheless, Berman ignores this controversy, presenting only criticism of the Bush administration by liberals working inside DOJ. 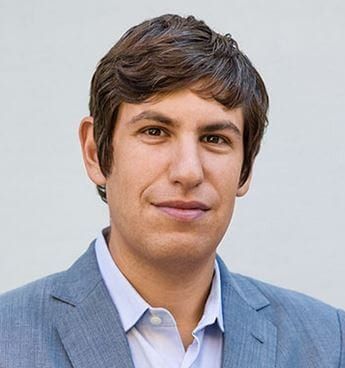 Berman describes von Spakovsky as a horrible individual, claims his concern about voter fraud is an “obsession,” and accuses him of dishonesty for failing to recuse himself from working on a Voter ID case. However, neither the DOJ IG nor any state bar found that von Spakovsky ever acted unethically. Berman did not even interview von Spakovsky for the book. He clearly had predetermined his conclusion bereft of the facts.

Berman’s bias against von Spakovsky — whose German and Russian parents suffered under both Nazism and Communism, and were World War II war refugees — is best demonstrated by Berman’s sarcastic comment that von Spakovsky’s surname “sound[s] like a nineteenth-century Austrian villain’s” name.

What type of individual writes a book supposedly about the important subject of voting rights, and then makes vicious, mocking fun of someone’s family name?

I have known von Spakovsky for the last 14 years and worked with him from 2001 to 2005 at the DOJ. He is an honest and sincere person who firmly believes that unchecked voter fraud creates a real threat to democracy. He has authored a book and overseen a research project at the Heritage Foundation that has documented many instances of voting fraud prosecutions.

Leftists like Berman and their allies strongly dislike von Spakovsky because he is an extremely smart (MIT and Vanderbilt) lawyer who exposes the illogic underlying many of their positions on Voter ID and other issues. In attacking von Spakovsky, Berman has merely gotten in the liberal/left chorus line and kick-stepped with them.

When it comes to John Lewis, Berman’s treatment is quite different.

Lewis, of course, is the legendary civil rights leader who bravely endured beatings and jailing in the 1960s because of his demands for voting rights for black Americans. There is no doubt that those past activities established Lewis as an important fighter for American democracy. However, the fact that Lewis was right about Jim Crow and the need for federal voting rights legislation in the 1960s — some half a century ago — does not mean that his current views are necessarily correct. Berman does not bring objectivity to his evaluation of Lewis’s current pronouncements on the state of voting rights. Instead, Berman presents Lewis as a modern-day saint.

Unfortunately, many of the positions Lewis has adopted in the last 15 years do not accurately describe the current voting landscape. In fact, they appear to be exaggerations intended to convince people that current actions being taken by Republicans are akin to what was done in the 1960s — primarily by Democrats.

This overblown advocacy seems aimed at achieving Lewis’ desired political ends and at helping Democratic Party candidates win elections. In short, Lewis’ positions are in need of critical analysis — but you get none of that from Berman.

An example of this type of advocacy by Lewis is his 2013 speech at the 50th Anniversary of the March on Washington. In response to the recent ruling by the Supreme Court in the Shelby County case, Rep. Lewis told the thousands gathered:

I am not going to stand by and let the Supreme Court take the right to vote away from us.

This statement is completely misleading.

The ruling in Shelby County did not take away anyone’s right to vote. The ruling simply struck down the 40-year-old formula in the VRA that determined whether certain jurisdictions were covered by the preclearance requirement to get federal permission before making any changes in their voting law. That formula was outdated, to say the least, and the Court was correct in ruling that times have changed and that a coverage formula must use more recent voting data. To listen to Lewis as well as Berman, one would think that Shelby County struck down the entire VRA.

Another example of Lewis’s overblown rhetoric is his recent testimony before the Senate Judiciary Committee in support of a bill to reinstitute federal preclearance, where he claimed:

The Voting Rights Act is needed now more than ever before.

It is hard to fathom that Lewis actually believes that federal voting rights legislation is needed more now than it was in 1965, when few blacks were allowed to vote in Deep South states and black elected officials were almost non-existent. 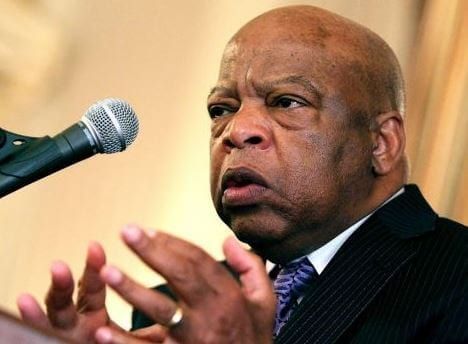 Again, these statements are totally misleading, but no criticism of Lewis appears in Berman’s book; he appears to be in worship mode.

Not surprisingly Lewis, like Berman, continues the personal attacks on von Spakovsky. Recently in the Washington Post, Lewis reviewed Berman’s book favorably, and there declared:

These statements are false, but are the types of personal, unfair attacks that characterize Berman’s book.

Give Us the Ballot is certainly not an intellectually accurate discussion of contemporary voting issues, or even the later history of voting rights enforcement. It is a biased, incomplete, unfair liberal tirade disguised to look like an objective history of the struggles to implement voting rights for all Americans. And I say that as someone who has worked in this important, vital area of the law for almost forty years.