The Importance of Not Being Certain 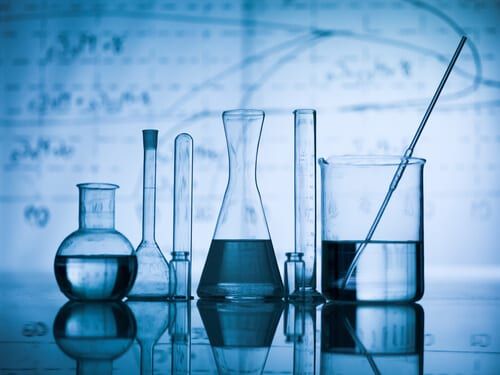 There’s this thing “science” that people talk about a lot. Climate science, political science, social science, and not to leave out my own field, computer science. And, of course, areas of study that don’t need to have “science” in their names, like chemistry and physics. But what is this thing “science”? I’ve been thinking a lot and reading a lot about it, and no, I don’t have a final answer… and then it occurred to me that “I don’t have a final answer” is really the key to understanding “science.”

I think the perfect example is in mechanics. In scientific terms, “mechanics” is the study of objects in motion. Sir Isaac Newton wrote Philosophiæ Naturalis Principia Mathematica, (“Mathematical Principles of Natural Philosophy”) published in 1687, and for the next 200 years, everything in mechanics was based on Newton, with his Three Laws of Motion and the Law of Universal Gravitation – and with (arguably) the first version of calculus. It was seen as probably the one absolute of science; the absolute consensus among physicists was that Newton was correct.

And then along came Einstein.

In his Annus Mirabilis, Einstein published “Zur Elektrodynamik bewegter Körper” (“On the Electrodynamics of Moving Bodies”), in which he showed mathematically that Newton was, well, wrong. Only by a tiny tiny bit in any normal conditions, a factor of (v2/c2) — which in any conditions that Newton could even imagine would be effectively zero. But wrong; they knew something had to be wrong because Newton’s equations didn’t agree with Maxwell’s equations, which implied, among other things, that light had to move at the same speed everywhere under all conditions.

Einstein’s new Special Theory of Relativity wasn’t accepted immediately by any means, but within a decade — and after refinements of various sorts, like Minkowski’s mathematical reformulation in 1908 — it became the more or less accepted model: it explained the world better than Newton.

Not too long before Newton, Galileo did a series of experiments rolling different objects down inclined planes; he observed that no matter how heavy the object, they took the same length of time to roll down the plane. Now, the consensus at the time was that heavier objects fell faster; after all, Aristotle said so.

This came to mind for me today because of a paper pointed out by Judith Curry at her blog Climate, Etc. Translated from the careful phrasing used by scientists who are trying not to tread on any toes, the paper comes down to saying this:

This particular paper is about climate change, but I don’t want to talk about climate change right now — have no fear, I’ll follow up in the future. What I think is important here is that this paper is saying explicitly something that most people forget: science is never completely certain.

If you’d asked a physics teacher in 1886 if Newton’s Laws were absolutely certain, they most likely would have said yes. They probably would have in 1890, even though the Michelson–Morley experiment was the beginning of showing there were some things that weren’t quite the way people expected. By 1920, anyone up to date would have had to say, “Well, yes, except for some special conditions.”

Galileo’s teachers undoubtedly assured him that it was absolutely certain that heavy things fell faster than light things; by the time he died, people — at least the ones who’d heard of Galileo’s experiments — knew it wasn’t true, and wrapping this back to Newton, knowing that objects actually all fell at the same speed led Newton to formulate the Law of Universal Gravitation.

These were some of the greatest advances in science — and all of them would have been impossible if Galileo, and Newton, and Einstein had believed that science is ever certain.