Depression Is No Joke 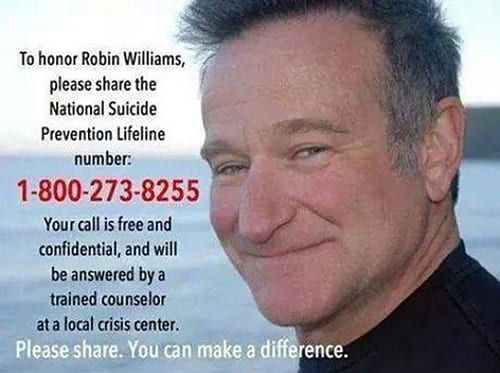 It starts, often, like a case of the flu. Tired. Body aches, headaches, back pain. Nothing actually tastes good. It’s hard to concentrate. You’ve got no appetite, or you only want sweets or chocolate.

No matter how long you sleep, you never feel rested, and it’s harder and harder to get out of bed. Perversely, you may also have trouble getting to sleep, and you may find yourself waking in the middle of the night, unable to get back to sleep. Your digestion is often disturbed — queasiness, constipation, diarrhea, or, thrillingly, alternating constipation and diarrhea.

Then it gets worse. There’s a pain in your chest, an ache that feels like your heart has been cut out with a rusty number 11 tomato can. Your muddy thinking starts to get a little obsessive: you remember every bad breakup — and blame yourself. You remember every time you did something dumb or hurt someone’s feelings, and the shame is as fresh as if it just happened. And — especially the first time it happens — you begin to think it will never improve, you’ll never be better, that the obsessive thoughts that you’re worthless and a burden to everyone are true.

Robin’s Williams’ suicide last week has brought the whole topic of depression to people’s attention again. It was quickly followed by a tremendous outpouring of grief and distress — as well as the usual collection of damn fools who don’t have the faintest notion of what depression, real depression, is.

First of all, people need to understand depression is something essentially physiological. It’s not just a bad mood, being sad. (Look at that list of symptoms: that’s not just me, that’s been observed medically and is part of the standard diagnostic criteria for depression.) Understanding that there’s a physiological basis for depression has been slow in coming, but the discovery of selective serotonin re-uptake inhibitors (or SSRIs for short) like fluoxetine (Prozac) made it clear that there was a neurological basis. (A good description of the studies that established this can be found in Peter D. Kramer’s Listening to Prozac; an excellent follow-on is Kramer’s Against Depression.)

That doesn’t mean life events can’t precipitate it. It turns out that in rats — and very plausibly, in humans — uncontrollable traumatic events lead to physiological changes that are exactly the ones that SSRI drugs help control.

Second, it is treatable. Again, I know. After trying a number of different drugs, it turned out my best treatment was Prozac, the first of the SSRIs. That wasn’t enough for me, though — I had a significant seasonal component — the dark days from about Thanksgiving to Valentine’s Day really were dark days for me. It’s pretty well established that depression is associated with sleep disorders; it’s less well known that sleep disorders are also associated with depression. After seeing some suggestive studies, I added daily doses of melatonin and vitamin D, which seemed to help a lot. My recent habit of “walking to work” — leaving the house for a walk, out in the sun, every morning — seems to help as well.

That’s really the third thing, too. It is treatable. No matter how much the depressed part of your brain is saying that you’re hopeless, and bad, and a burden on everyone, that’s in a very real sense not you.

It’s not your fault.

It’s not your fault, any more than it’s your fault if you have tuberculosis or cancer. And there is help. The image at the top of this article has a phone number for the National Suicide Prevention Hotline. The phone number is 1-800-273-8255. Call it if you need it.

I started this as a rant about that particular damn fool, and all the other damn fools who don’t understand depression.

Anyone who then imagines that someone like Robin Williams deserves to be reviled in that situation. …. Well, those people deserve to have to live with themselves.