Gunwalker Explodes into the Heartland

If the reassignment of ATF officials in recent weeks and the abrupt resignation of U.S. Attorney Dennis Burke were attempts by the Department of Justice and the Obama administration to cover up the Gunwalker scandal, they have failed, miserably.

Now they are saddled by yet another claim of retaliation against a whistleblower and new revelations that gunwalking was far more lethal and widespread that originally thought.

David Codrea of the Examiner has been at the forefront of the investigation, and reveals that the Bureau of Alcohol, Tobacco, Firearms, and Explosives (ATF)  and FBI — two of the agencies that played key rolls in Operation Fast and Furious — conducted a remarkably similar operation … in Indiana.

At the very least, as with “Project Gunwalker,” they indicate straw purchased guns ended up in crime traces, something those directing surveillance were well aware of.  It also indicates the FBI and ATF were once again involved with allowing transactions rejected by NICS to proceed, indicating this practice could be more widespread than has been previously documented, and not confined to Southwest border operations….

It’s also fair to ask if it seems credible that such similar operations would develop independently in the Southwest (“Project Gunwalker”) and the Midwest (“Project Gangwalker’?), without authorization from and oversight coordination by Main Justice.

Codrea goes on to suggest that the special agent in charge (SAC) of the Columbus Field Division and the U.S. attorney for the Southern District of Indiana need to answer whether they played a role in a plot to “walk” guns to criminals in the Midwest that sounds eerily like the Gunwalker plot in Arizona.

It has long been suggested Gunwalker — which sent at least 2,020 guns to the Sinaloa cartel — was never a legitimate law enforcement operation, because there was no possible way for the program to succeed.

U.S.  law enforcement does not have the jurisdiction to make arrests in Mexico where they claimed their targets resided, and the senior level cartel members they claimed to be targeting are not even involved with low-level criminal enterprises such as getting guns for their foot soldiers, an idea as absurd as plotting to catch executives of a billion-dollar corporation buying toner and copy paper at an office supply store.

Operation Fast and Furious only made logical sense if the goal of the operation was first and foremost to put U.S. guns in the hands of the Sinaloa cartel, and at Mexican crime scenes.

There was never any mechanism within Fast and Furious to intercept the thousands of Gunwalker weapons once they left the gun shops, and the multi-agency team (DOJ, ATF, FBI, DEA, IRS, DHS) acted as nothing more or less than a shield to prevent straw purchasers and smugglers from being intercepted by local or state law enforcement.

The apparent purpose of the operation was to lend the thinnest veneer of truth to the 90-percent lie spread by Barack Obama, Eric Holder, and Hillary Clinton from the very beginning of the Obama administration. It makes sense only as a plot to manufacture evidence for the punitive gun control laws that Obama has championed his entire political career. Indeed, even after Gunwalker was exposed, the number of U.S. guns in Mexico, many of which were put there by the actions of the government itself, was still brazenly used as the excuse for ATF long gun reporting requirements currently being challenged in courts.

Likewise, what Codrea has dubbed as “Gangwalker” appears to be another attempt to provide guns to criminals in order to generate more gun crime and then more calls for gun control.

The biggest difference between the two operations at this early date only seems to be that Gangwalker is a purposeful attempt to create the deaths of American citizens in order to pursue the administration’s fanatical anti-gun agenda.

Think about that claim for a minute, and what that would mean.

Operation Fast and Furious (and the suspected operations in Texas and Florida) was reprehensible and more than likely calculated to raise the level of violence in Mexico, sacrificing the lives of law enforcement officers, soldiers, and civilians in order to pursue a policy goal. It wasn’t until an American agent died that whistleblowers finally arose and cried out. It was as if Mexican lives meant less than American lives … and in this sick political calculus, maybe that was exactly the mindset.

If Gangwalker and Gunwalker are two sides of the same insidious coin, we’re looking at the very definition of “high crimes and misdemeanors.”

We’re looking at impeachment for the most serious of charges, and possible criminal prosecutions for a widespread conspiracy to commit murder that walks right up to the line of the legal definition of treason:

Providing thousands of weapons to criminal cartels — our enemies — would seem to constitute “giving them aid.”

It would be stunning to have high-ranking elected officials and political appointees of our republic impeached, put on trial for a criminal conspiracy, or tried for treason, but there is little other recourse.

The Holder Justice Department is retaliating against whisteblowers, purposefully obstructing congressional investigations, while the administration is farming out political hit pieces to their favorite media outlets and denying everything, hoping to sweep it all under the rug.

No one died in Watergate.

Iran-Contra didn’t arm narco-terrorists on our border or violent felons in our heartland.

It’s time for the administration to come clean, under oath, and face the consequences for its actions. 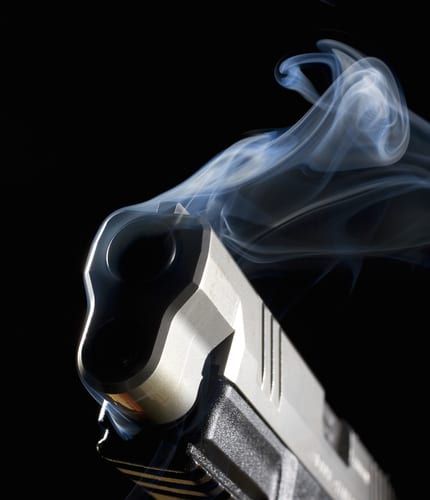