President Barack Obama blames the little guy, but Uncle Sam — and not the small-business gun dealer — is the primary supplier of heavy weapons to the Mexican drug cartels in America’s “Third War.”

As noted in a previous article, U.S. military hardware gets to the cartels by one of three routes:

2.  Weapons ordered by the Mexican government, tracked by the State Department as “direct commercial sales.”

3.  Aging but plentiful arsenals of military weapon stores in Honduras, Guatemala, and Nicaragua.

In each and every instance, the U.S. government is responsible for supplying weapons to the cartels: either directly via the ATF’s Gunrunner scandal routes, or indirectly via military sales and military assistance.

But precisely what weapons are we supplying the cartels? A Pajamas Media investigation found the weaponry seized from cartels that can only come from the U.S. government, which is trying to shift the blame to American small businessmen.

These are the weapons the U.S. has provided to the cartels: 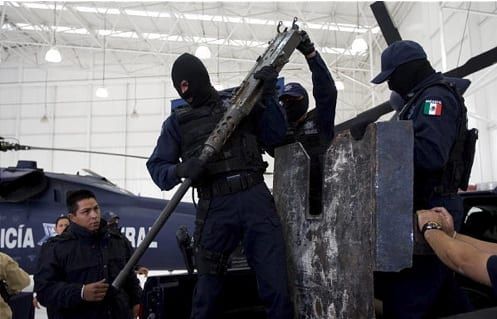 First captured in Mexico in April of 2009, the “Ma Deuce” is the most powerful machine gun in the U.S. military arsenal. It has been used in aircraft, ground vehicles, tanks, and in dug-in fortifications by our nation since before the Second World War. It can bring down low-flying aircraft and shred police cars — even police stations — with brutal efficiency. 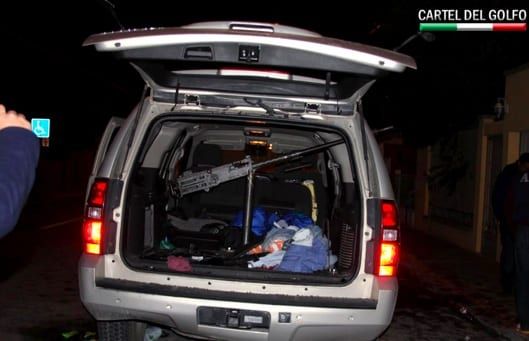 Most of the M2 heavy machine guns in cartel hands have come from corrupt military and government officials in Mexico selling military weapons as part of direct commercial sales. But the Bureau of Alcohol, Tobacco, Firearms, and Explosives (ATF) has been accused of directly selling two M2s to cartels as part of the current Gunrunner scandal. Those weapons have not been recovered. 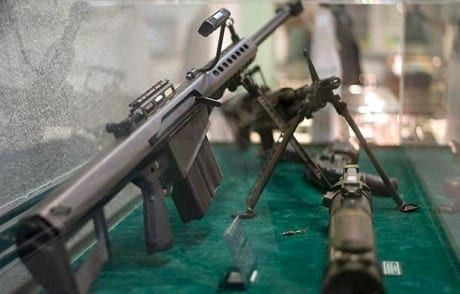 The M60 is the general purpose machine gun that made Rambo famous and accompanied Animal Mother on his famous charge in Full Metal Jacket. Dozens have been recovered in Mexico from cartels. Neither the U.S. government nor the Mexican authorities seem to have an interest in disclosing where these devastating weapons originated. 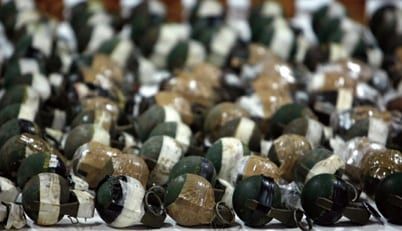 The Vietnam-era M26/61 series of “lemon” grenades (so-called because of their shape) and modern era M67 “baseball” grenades have been recovered in substantial quantities in Mexico, to the tune of as many as 1,600 a year. 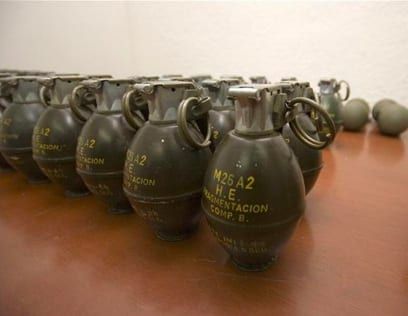 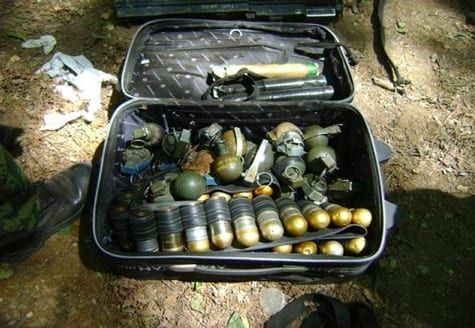 While the M26/61 and M67 grenades acquired by cartels are hand-tossed and effective only as far as a man can throw them (30-35 meters), 40mm grenades are fired from grenade launchers, giving them a range of hundreds of yards and providing cartels the kind of man-portable firepower earlier generations would classify as light artillery. 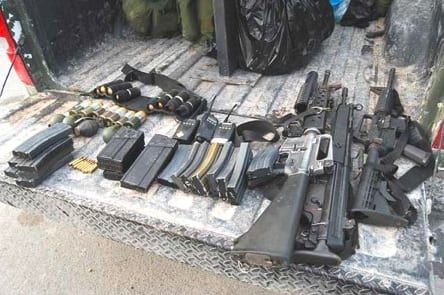 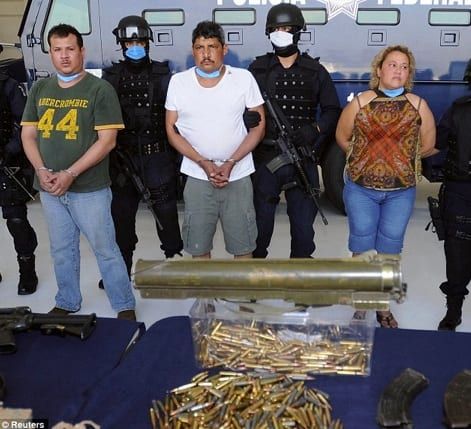 The LAW is a single-shot disposable anti-tank rocket first used by American forces in Vietnam to crack open Vietcong bunkers, and which has recently been recalled to duty to perform a similar role in Iraq and Afghanistan. Variants captured in the hands of Mexican cartels are most likely from foreign military sales to El Salvador. 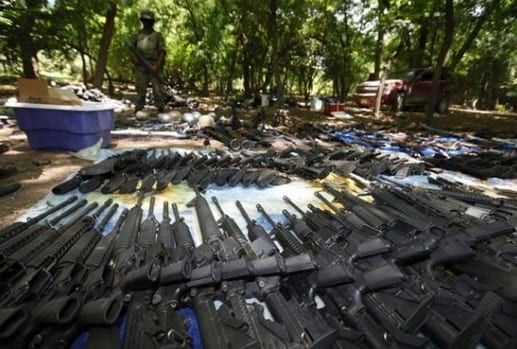 Unlike the less common machine guns, hand grenades, and rocket launchers that cartels acquire from foreign military sales, the most likely source of the ubiquitous M4 and M16 assault rifle in Mexico is Mexico itself. These direct commercial sales to the Mexican government are stolen or sold in droves to the cartels by corrupt government officials and military officers.

It is thought that President Obama’s 90-percent lie is based upon his willingness to try to obscure the direct commercial sales of these selective-fire weapons from the American government, conflating them with the much smaller number of semi-automatic rifles that look like these weapons. Cartels have smuggled these over the border at a much higher-per gun cost.

The U.S. government is indirectly responsible for these weapons, from heavy machine guns that can bring down military helicopters and slice through light armored vehicles to the grenades and assault weapons cartels use against police, civilians, and each other. The U.S. put them there with previous military support, and continues sales of weapons to regimes that cannot or will not control their stockpiles of weaponry.

The ATF, Attorney General Eric Holder, and the president all seem quite intent on finding a scapegoat for the violence of the Mexican drug war. Instead of trying to frame Americans citizens, they should examine the havoc and bloodshed they are responsible for creating.