An Illustrated Guide to Obama's Gun-Grabbing

Democratic presidential candidate Barack Obama has come under fire in recent days for anti-Semitic comments posted at my.barackobama.com, a portion of the first-term senator’s website where almost anyone can create a user account and post their own content. Once the offending content was flagged by bloggers, it came down. Obama defenders point out that the offensive comments were not posted by the campaign, which is undoubtedly true.

As Andrew Romano notes at Newsweek’s Stumper, the Obama messaging campaign is a rigidly controlled and controlling device, “even bigger and savvier” than the Bush campaign’s run by Karl Rove. But while Obama can’t fairly be blamed for off-message posts on public access community blogs, he can be fairly criticized for his own stated positions, especially those that are purposefully deceptive.

Buried deep in his official campaign website’s “Issues” page, under “Additional Issues,” is a vague nod to sportsmen, noting that Obama has never been one, and a link to the candidate’s position paper, “Barack Obama: Supporting the Rights and Traditions of Sportsmen.” A sharp observer would note that the document is named “Obama_FactSheet_Western_Sportsmen.pdf,” which makes one wonder if the campaign recognizes the rights of hunters in the southeastern and northeastern United States as well, and non-hunting gun owners nationwide. This is far from a petty observation; the candidate himself cited his spouse, traveling though rural eastern Iowa, saying, “You know, I can see why if I was living out here, I’d want a gun.”

Out here? What about everywhere else?

It is rather ironic that Obama chose to use a firearms metaphor at a fundraiser this weekend when speaking about countering Republican attacks. “If they bring a knife to the fight, we bring a gun,” Obama is reported to have said.

Ironic – because the fact of the matter is that the Obama campaign recognizes no constitutional right to own firearms for personal or community defense. His website claims a position of:

Respect the Second Amendment: Millions of hunters own and use guns each year. Millions more participate in a variety of shooting sports such as sporting clays, skeet, target, and trap shooting that may not necessarily involve hunting. As a former constitutional law professor, Barack Obama believes the Second Amendment creates an individual right, and he greatly respects the constitutional rights of Americans to bear arms. He will protect the rights of hunters and other law-abiding Americans to purchase, own, transport, and use guns for the purposes of hunting and target shooting. He also believes that the right is subject to reasonable and commonsense regulation.

In 1998 Obama stated a desire to “ban the sale or transfer of all forms of semi-automatic weapons.” Many people confuse semi-automatic firearms, which use the energy created when a gun is fired to eject the spent cartridge and load a fresh round, with automatic weapons, more commonly known as machine guns.

Semi-automatic firearms are the most common firearms sold in America today.

Barack Obama’s desire to ban “all forms” of semi-autos would include a ban on most common rimfire target pistols, including those used in Olympic competition. 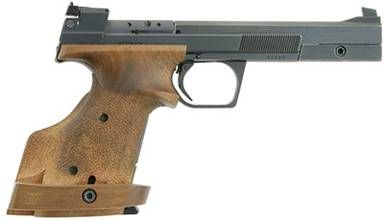 Barack Obama’s desire to ban “all forms” of semi-autos would ban the Ruger 10/22, Marlin Model 60, and many other rimfire .22 rifles, which form the backbone of American shooting sports, from hunting to target shooting.

Barack Obama’s desire to ban “all forms” of semi-autos would ban firearms such as the Remington 1100 and 11-87, the Stoeger 2000, the Benelli Black Eagle, and other semi-automatic shotguns favored for shooting sports ranging from trap and skeet target shooting, to dove and duck hunting.

Barack Obama’s desire to ban “all forms” of semi-autos would ban the “AR” series of rifles, the best-selling centerfire semi-auto rifle design in the United States, commonly used in target competitions, hunting, and plinking, merely because it bears a family resemblance to the military machine gun, the M16.

In addition, Barack Obama is a strong proponent of reinstating the failed 1994 “assault weapons” ban, one of the most ineffectual laws passed in congressional history. Despite recent attempts to rewrite the history of what the law accomplished, the ban did not ban the manufacture, possession, or sale of semi-automatic firearms, did not ban the sale or possession of high-capacity magazines, and had the unintended consequence of creating an entirely new class of subcompact pistols designed for concealed carry.

The firearm on the left is the “pre-ban” Tec-9 pistol, one of those firearms outlawed for manufacture under the ban. On the right is the AB-10 (AB mockingly standing for “after ban”), functionally the exact same firearm, minus just the scary-looking cosmetic feature of a barrel shroud. The overwhelming majority of weapons “outlawed” by the so-called “ban” were already in gun shops in minimally modified legal configurations before the ban even became law. Sales never slowed, and for many models they increased.

The ban had no measured effect on crime. The freshman senator has never explained why he continues to support a failed law.

Obama has since dishonestly contested the issue, but his handwritten notes on a 1996 questionnaire show that he advocated a hardline position against handguns in Illinois, favoring a “ban [on] the manufacture, sale, and possession of handguns.” He noted no exceptions. 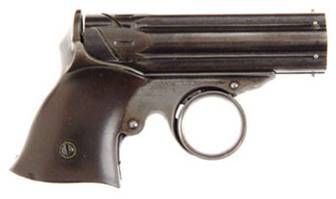 Handguns suitable for concealed carry by citizens who have undergone background checks comparable to those of law enforcement officers? Ban them. Handguns used for hunting, competitions, or informal target practice? Ban them. Economical handguns purchased for family defense against intruders in crime-infested neighborhoods? Ban them. 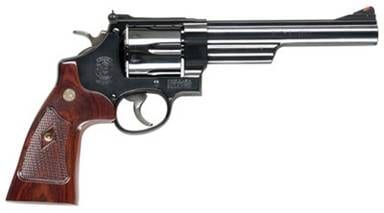 As a point of fact, a careful reading of Barack Obama’s campaign website shows he does not recognize armed self-defense as a right at all, only explicitly recognizing “guns for the purposes of hunting and target shooting.”

Barack Obama might concede that some firearms are permissible.

Keep in mind, however, that Obama’s on-the-record positions would support cities and states outlawing even those, lawsuits against gun owners if guns were stolen from their homes and were not “properly stored,” lawsuits against manufacturers if firearms were used in a crime, and the banning of gun shops within five miles of a school or park, forcing the majority of gun dealers out of business.

Barack Obama claims he “will protect the rights of hunters and other law-abiding Americans.”

This is a bold claim made by a man with a record that suggests just the opposite.