Many in Congress Ready to Lift Oil Export Ban 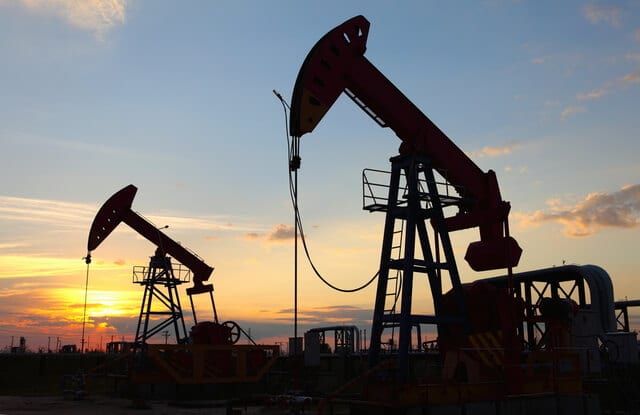 WASHINGTON – The House is poised to consider legislation to repeal a 40-year ban on the export of crude oil despite objections from conservationists and an American independent refining industry that fears the move could cost it millions of dollars.

The bill sponsored by Rep. Joe Barton (R-Texas), which passed the House Energy and Commerce Committee 31 – 19, is aimed at reversing a prohibition adopted in the wake of the 1973 oil crisis when supplies ran low because of an embargo imposed by the Organization of Petroleum Exporting Countries (OPEC) as a result of U.S. support of Israel in the Yom Kippur war. By the time the embargo was lifted in March 1974, the price of oil had risen from $3 per barrel to almost $12.

But domestic production is currently rising, and repeal supporters maintain the prohibition is outdated.

“While the ban was originally implemented in a time of fear over the scarcity of domestic oil, the recent boom in drilling activity across the country as a result of new technologies has made America one of the world’s largest oil producers,” Barton said, adding that the measure “is about unleashing the American ability to compete and to strategically make the world a better place.”

“I want this to be an American bill, not a partisan bill,” he said.

And some Democrats have hopped on board. Rep. Henry Cuellar (D-Texas) said the crude oil export ban is “slowing our economy, both in Texas and across the country.”

“Several unbiased sources, including the Energy Information Administration (EIA), have released data highlighting the benefits of lifting the ban, including the creation of hundreds of thousands of new jobs and flat or lowered gas prices,” Cuellar said.

But not everyone has embraced the idea. The White House, for instance, maintains any decision on the ban’s fate should be left to the Department of Commerce.

White House Press Secretary Josh Earnest also said the Barton legislation represents another example of Republicans endeavoring to “cozy up to oil interests” and that it shows “pretty clear, once again, where Republicans in Congress and their political benefactors stand when it comes to their energy policy priorities.”

“The administration believes that the American people are better served by making sure that we pursue the kind of approach that also invests in renewable energy that will be good for the long-term benefits of our economy, creating jobs — particularly in the renewable industry — while at the same time making decisions that are consistent with the public health and well-being of our communities and children,” Earnest said.

Regardless of any potential White House veto or Senate filibuster, House Republican leadership appears determined to proceed. House Republican Leader Kevin McCarthy, of California, said he is looking forward to scheduling a vote.

The crude oil export ban was implemented in 1975 as part of the Energy Policy and Conservation Act to guard against the depletion of reserves. The U.S. at the time was growing increasingly dependent on crude oil imports, bringing in an average of 3.2 million barrels per day in 1973, representing about 36 percent of total petroleum consumption.

But recent advances in hydraulic fracturing has led to increased domestic production and a declining reliance on foreign markets. By August 2014, domestic oil production was 3.5 million barrels per day above January 2008’s levels, at a time when consumption is declining.

A report released by the Aspen Institute in October, “Lifting the Crude Oil Export Ban: The Impact on U.S. Manufacturing,” found that opening the door to foreign markets would be “a major incentive to increase domestic crude oil production.”

“Moreover, ending the ban would generate considerable benefits for the overall U.S. economy as well as the manufacturing sector,” the report said.

“Most of the increased production in recent years has been in the form of lighter (‘sweet’) crude oil,” it said. “Unfortunately, this type of oil is not well-suited for U.S. refineries. U.S. refiners have invested over $85 billion in the last 25 years to reconfigure their plants so that they can efficiently process heavier crude oil slates because this oil sells at a discount and has been increasingly available to U.S. refineries.”

Much of the heavier oil originates in Canada, Mexico and Venezuela.

Furthermore, the Energy Information Administration, having looked into the matter, said in a report that it found no reason to believe increased foreign sales would hike domestic gasoline prices. But the report also found that repealing the restriction would neither raise the price of U.S. crude nor increase output.

The plan is drawing objections from several quarters. Marcie Keever, director of the Oceans and Vessels Program for Friends of the Earth, said repealing the ban “could cause disastrous impacts from the fossil fuel industry.”

“A repeal would increase fracking, putting communities at even greater risk of air and water pollution and earthquakes,” Keever said. “The escalation in crude by rail and ship would increase the frequency of exploding trains and oil spills across the country and in international waters. And lifting the ban would open the floodgates to more crude oil extraction and the burning of petroleum products, which would worsen the impacts of climate disruption.”

The ban is crucial, Keever said, “to keeping dirty, dangerous, climate-disrupting fossil fuels in the ground where they belong.”

Allied Progress, a grassroots research organization, reported that lawmakers who voted to lift the ban have received $11.5 million in contributions from the oil and gas industry during their congressional careers.

“It wouldn’t be a stretch to say they’ve been bought and paid for by big oil,” said Karl Frisch, the group’s executive director. “Repealing the crude oil export ban could raise gas prices by more than a dime per gallon. It could send thousands of good-paying jobs overseas to foreign countries. Our hope of achieving American energy independence – something virtually every member of Congress has called for – could be squandered for generations to come.”

Some independent refiners who fear exporting crude will cut into their businesses have helped establish an organization, The Crude Coalition, that opposes repeal.

“Studies show that American consumers are benefiting from export restrictions in the form of lower fuel prices,” the coalition said on its website. “Now that the price of oil has plummeted, some producers are clamoring to lift the ban, because they believe they can command higher – not lower – prices.  And higher domestic crude prices simply mean higher fuel prices for all Americans.  Higher domestic crude prices mean higher prices for gasoline, diesel, jet fuel and home heating oil.”

U.S. refineries, the group argued, “have the capacity to process all of America’s light tight oil for the foreseeable future.”

On the other side, oil interests expressed pleasure with the outcome.

“There’s a growing bipartisan mandate in both the House and Senate to bring America’s vast resources to the global market and harness America’s potential as an energy superpower,” said Louis Finkel, executive vice president for government affairs at the American Petroleum Institute. “This legislation will reverse a decades-old policy and strengthen America’s edge against competitors like Iran. It makes no sense for the U.S. to restrict its own exports while the administration works to let Iran export its crude.”