My health insurance premiums are going to pay for free birth control pills for others insured by my company — pills which I never took, and my daughters refuse to take. Is it right that I should have to pay for women to get something for nothing that I would not use myself, or ever recommend?

No, it isn’t  right that you – or any American – should underwrite oral contraception — the world’s single most dangerous form of birth control — for anyone else.  Just because contraception is legal doesn’t mean that by paying for private health insurance we should subsidize it in any form, not to mention in its most hazardous form.

THE COERCIVE POWER OF OBAMACARE

The Affordable Care Act, the anodyne-sounding name for what the rest of us call ObamaCare, seeks to coerce a divided nation to provide oral contraceptives to women who’d rather not spend their own earnings or savings to buy them.

This abomination of a law is objectionable on at least two grounds. First, it forces those who are morally or religiously opposed to contraception to pay for what they regard as a sacrilege.  Similarly, it forces those who believe that sex outside the marriage is wrong to subsidize it and by doing so, to support the federal government’s favoring — even enabling — such behavior by making it free.

Even if you have no argument with birth control, abortion, or sex outside marriage, you could still consider ObamaCare reprehensible for requiring all citizens to underwrite the cost of the recreational sex of others, and to do so using the single method most deleterious to women’s health, as well as the most expensive one.

Recreational sex is an optional way to pass one’s time or express one’s affection. It is not related to the medical healing of disease (the presumptive reason to favor health insurance for all).

Everyone who’s physically able and unbound by moral or religious beliefs is free to indulge in recreational sex, but no one else should have to underwrite it. Why not have insurance bankroll the hotel room and room service while we’re at it?  Car service? Flowers?  Champagne? Chocolate-dipped strawberries?

We do have legal requirements that all citizens underwrite activities from which they, personally, derive no direct benefit, but which are deemed public benefits.

Compare the  requirement that we all pay for oral contraception for tens of millions of women through our health insurance premiums to the obligation of single individuals and childless couples to pay local taxes that fund public education. All citizens have a stake in assuring that the next generation is as well-educated as possible. The nation gains when our children can read, write, and are mathematically and scientifically educated.

But exactly who benefits from the recreational sex of unmarried or even married people? At the very most, only the individuals engaging in it.

The  unspoken public policy argument that we should underwrite birth control through our insurance payments is that if we don’t, we’ll end up paying for baby food and maternal care, which on balance would cost more than the $1,000 per year of which Georgetown University law student Sandra Fluke has so publicly complained — and which won her a call from a very concerned Barack Obama, a concern he has not shown for any woman suffering from genital herpes.

Even if you accept – which I don’t – the argument that it’s better  to pay for a woman’s birth control now than for her otherwise resulting infant(s) later, then Health and Human Services Secretary Kathleen Sebelius and her pandering boss should encourage the use of the single cheapest birth control method that also — alone among the many varieties of contraception — prevents sexually transmitted diseases (STDs.)

Why promote a form of birth control that is a surefire guarantor of the spread of 20+ — many fatal — STDs when an alternative is readily available in drugstores and even gas stations nationwide?  I refer, of course, to condoms. 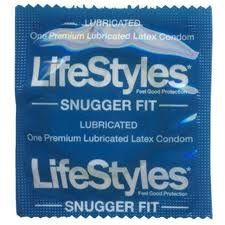 The manufacturers of oral contraceptives — The Pill’s greatest proponents — warn that, especially when combined with smoking — not a rare pairing — birth control pills increase a woman’s risk of deep-vein thrombosis, stroke, and heart attack.

If any readers imagine that it’s “only” older women in their 40s or 50s who are at risk for deep-vein thrombosis from oral contraceptives, I can assure them that this is not so, based on the experience of a 22-year-old friend of mine who had one — lodged perilously in her lungs — as a direct result of the combination of smoking and birth control pills. My friend survived.  Not all victims do.

Nor do birth control pills protect against STDs including, but not limited to, HIV. As gynecologist and obstetrician Dr. Mary L. Carpenter  has written,

[B]irth control pills [are] a risk factor for breast cancer. … There are other organizations that have for years told the whole truth about breast cancer risk from hormonal contraception … in addition to enumerating non-controversial risk factors such as family history, obesity, late menopause etc. … The powerful “reproductive health” establishment and its political, medical and media allies were threatened by a relatively trivial act of the Susan G. Komen Foundation to more effectively help women at risk for breast cancer and extract itself from its relationship with Planned Parenthood.

And who do you think pays when these unprotected women develop breast cancer or genital herpes – which, when active, can cause blindness in a baby born to an infected mother? Or develop infections such as pelvic inflammatory disease (PID), causing tubo-ovarian abscesses, which can lead to scarring of the reproductive organs, ectopic pregnancies, infertility, and death?  Yet another STD, the human papillomavirus, is a proven cause of cervical cancer.

We all pay for these women’s communicable diseases against which condoms protect them and against which oral contraceptives are useless. 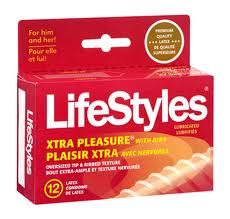 With the federal government in the person of Mrs. Sebelius encouraging one and only one form of birth control, she is disincentivizing pharmaceutical companies from developing cheaper, safer alternatives.

Democratic Senators Jeanne Shaheen, Barbara Boxer, and Patty Murray claim the ObamaCare contraception policy is necessary, arguing that oral contraceptives “can cost $600 a year,” which is “a lot of money,” they say.

Why, I would ask the senators, is the “high” cost of oral contraceptives not an argument for using, and developing, less costly alternatives? Condoms are routinely distributed free of charge by government agencies and private organizations. Yet the Administration’s policy clearly promotes a shift away from condom use and towards the use of “free” pills. … In fundamentally changing the economics of birth control, the Administration is also discouraging innovation in the technology used to deliver it. What business sense is there now in drug manufacturers developing cheaper pills, or male versions of them?

Also notable is that oral contraceptives are singled out, among thousands of drugs, for special treatment through the ban on co-pay requirements. Women will continue to bear co-pays for antibiotics and other pharmaceuticals whose use bears a far more imminent relationship with their health – not to mention public health, when we’re dealing with infectious diseases. This again raises important questions about the principles at play. The Shaheen-Boxer-Murray argument was that oral contraceptives were prohibitively expensive for some women, yet banning co-pays clearly goes well beyond making them affordable.

THE PERNICIOUS NEXUS AMONG THE LARGE PHARMACEUTICAL COMPANIES (WHICH PROVIDE MAJOR ADVERTISING  REVENUES & POLITICAL DONATIONS), UNTHINKING  MEMBERS OF THE LEFTIST MEDIA,  AND LEFTIST POLITICIANS PRETENDING TO BE PRO-WOMEN BUT WHOSE POLICIES ARE DANGEROUS TO WOMEN’S HEALTH

As an advice columnist, I occasionally read moronic publications to keep up with the dreadful notions foisted on women under the guise of “advice.” In the “GYNO HEALTH” section of the abysmal magazine, Cosmopolitan (U.S. circulation: 2.6 million — presumably sexually active young women),  the January 2012 issue included this paragraph of unadulterated leftist propaganda, hidden away, and mislabeled “Health Advice” on page 110:

ALERT! Your Sexual Health Is Being Threatened – Again

Last year was a mixed one for reproductive rights.  Law-makers expanded preventative-care coverage for women under the Affordable Care Act.  Yet some strict state and national laws were proposed that, if passed, could block your  access to birth control [Block?  Did I really read the word “block?” How?  By closing every CVS, Rite Aid and Walgreens in America? How moronic do Cosmo’s  editors believe their readers are? ] and abortion. Help prevent this by visiting  womenarewatching.org, a new site from Planned Parenthood’s Action Fund that offers  daily updates on what’s going on and steps you can take to make 2012 a winning year for pro-woman politicians.

Contrary to what Cosmo would have its readers believe, encouraging women to rely on the single most dangerous contraception method in medical history – one that provides zero protection from potentially fatal STDs and doesn’t even prevent pregnancy 100% of the time — is not pro-woman.  It is the essence of anti-woman.

Sebelius, Obama, and their Democratic supporters in Congress are placing ignorant, illiterate women – as well as college graduates and law students — relatively few of whom understand the dangers of relying on birth control pills — at grave risk by offering them “free” oral contraceptives.

It’s not just older Americans who have difficulty reading the minuscule dots that pass for “warnings of adverse health effects” and “contraindications” packaged with medications.  I don’t believe that one girl or woman in 100,000 reads the microscopic printed warnings that accompany birth control pills.

It’s clear that the Obama administration has made a grossly negligent policy decision to attract as many women voters as possible by offering co-payment-free oral contraceptives — assuming that such inducements (bribes) must be free to win an election – rather than offering both male and female voters condoms that would, indeed, not only reduce what the Righteous Brothers called “that lovin’ feelin’” but also reduce unwanted pregnancies and their exposure to known, incurable, deadly, communicable diseases. 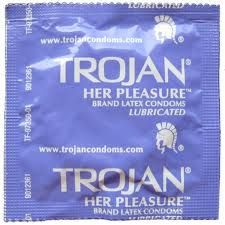 The so-called “pro-woman” politicians cluelessly absorb the propaganda of Planned Parenthood and the large pharmaceutical companies, and fail to perform independent due diligence on The Pill’s obvious dangers (this due diligence would take all of five minutes, with a magnifying glass, to read the adverse health effects of oral contraceptives).  Then they go on the attack against “white-haired men” who, they claim, aren’t adequately “pro-woman.”

With pro-woman friends like Obama, Sebelius, Shaheen, Boxer, Murray and their supporters at Planned Parenthood, the big pharmaceutical companies, and Cosmo, women don’t need enemies.  It’s disgraceful how these female politicians and their irresponsible, reckless president are playing fast and loose with our lives, and those of our daughters and granddaughters.

Send your questions about personal, political or cultural matters, or anything else that’s on your mind to Belladonna Rogers at [email protected]. All correspondence with her is confidential, and all names, locations, places of employment and ages of the parties will be changed to protect the privacy of the readers who write to contribute questions.