Israelis Living Under the Knives 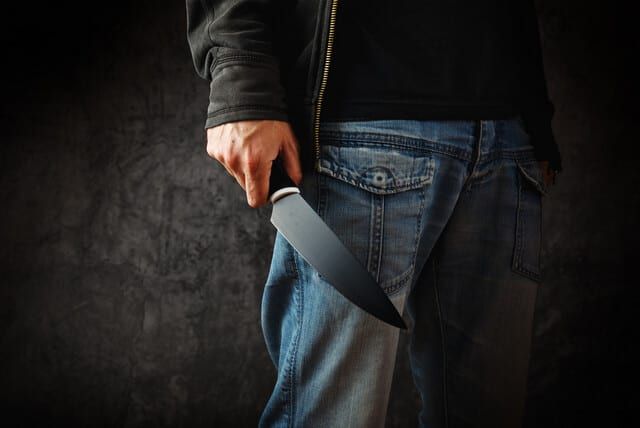 A new wave of terror is now visiting Israeli civilians. It is occurring everywhere, in cities big and small, on a daily basis.

It is a new terror, with a new weapon — the terror of the knife.

Unfortunately, terrorism attacks are nothing new in Israel. They’ve been occurring since the beginning of the state.

Even as the first Israeli prime minister, David Ben Gurion, was reading the Israeli declaration of independence, the Egyptian air force had already started to bomb Tel Aviv.

In the years since then, Jewish Israelis have learned to live with on-and-off terror attacks from their Arab neighbors. Near the borders, children learned to rush to shelters when sirens are sounded.

Over the years, the acts of terror included many bombings — targets included teens waiting in line to get into a Tel Aviv beach cafe, a popular restaurant in Jerusalem and many municipal buses. There have also been stonings and shootings at civilian Israeli cars. Arabs have driven cars and heavy equipment into crowds, killing many. Young and old have been indiscriminately wounded and killed by Arab terrorists.

In 2000, an official Arab intifada (uprising, throwing off) was launched. Bombs were detonated and stones were thrown at cars and people, causing injuries and even deaths. The intifada lasted about five years.

Then Gaza was given to the Palestinians, and from there rockets were launched daily at Israeli cities. This, too, seemed to have petered out, especially with the rebuff of the rockets by the Iron Dome installations, which met hostile rockets in mid-air and detonated them.

Here and there, especially in the West Bank, there were still many Arab attacks on civilians. Most of an entire family was killed in a settlement, with everyone’s throat cut, including that of a baby.

But then there was, in general, a quiet. A dividing wall built by Israel had helped to keep down the terrorism. Through all of the terror attacks, the Israelis went about their business, with the streets full of energetic people. They felt prepared for the worst. All new buildings had to include bomb shelters and bomb-resistant special rooms.

But a bit over a month ago, a new wave of terror began, one that has even more strongly affected the Jewish Israeli populace. Just after the Jewish new year, a young couple was shot to death in their car, in front of their young children who were in the back seat. Prior to the present wave, terrorist attacks came predominately from Arabs who lived outside of Israel proper, but many of these attacks now are committed by young Israeli Arabs, those who have Israeli citizenship with all of its benefits, education, health care and voting rights.

These Israeli Arabs are targeting Israelis and stabbing them.

Young Arabs with knives, hatchets and even screw drivers have been stabbing young and old. This new wave of attacks has made many Israelis afraid to leave their homes, restricting their daily lives.

Rabbi Yechiel Becker, a 43-year-old teacher who lives in Betar, a city near Jerusalem, has often gone to Jerusalem for shopping and doctor’s visits, but said that now when he visits the city, he sees that most of the stores are almost void of customers. Where the streets had always been filled with people, it has become like a ghost town of Jewish Israelis who are afraid to go out. “Banks, stores and buses are almost empty.”

When he went to Jerusalem to go to the bank, he admitted that he felt afraid. He said that his friend’s children had always gone to school in their neighborhood by themselves, but now the friend was afraid to send his children alone to school, so he now drives them. Rabbi Becker himself, though he goes into Jerusalem for special friend and family celebrations, travels fearfully. “Few people are now going,” he said, “from Betar to Jerusalem.”

Sorah Shmeler, whose son goes to a yeshiva (religious school) in Jerusalem, not far from the site of one of the knifing attacks, said she is terribly afraid for her son’s safety. She has been contemplating taking him out of the yeshiva until “the worst is over.” However, she’s afraid that “this terror may last for a very long time.”

Batya Medad, originally from New York City, said that she continues in her regular daily patterns, but when at a bus stop, she tries to look in all directions. On the Israeli website Arutz Sheva, she said, “Now you shouldn’t think I’m careless in my traveling. I’m an Arab terror attack survivor having been injured in the first ‘drive over Jews terror attack’ just over twenty years ago. And I’m not counting all of the times Arab terrorists threw rocks and whatever at vehicles I was in, sometimes not making a dent and other times breaking windows and even injuring passengers including family members. I couldn’t count how many times I was in such an attack if I tried. The first time we found ourselves being stoned by Arabs was even before moving to Shiloh in 1981. Twenty years ago, immediately after realizing that I had been attacked and survived, I felt that the fear had gone away. I felt that my life was not in my hands. Several of Medad’s neighbors and friends have been attacked by Arabs, some many times. We do need to be alert. And we have to be cooperative with security.”

According to Rabbi Tanchum Becker, Rabbi Yechiel Becker’s father and an Israeli citizen who was raised in Milwaukee,Wisconsin, “people are rushing to buy self-defense weapons like sprays to ward off their attackers, and small weapons to hit them with.” Israelis in every part of the country are more alert now to potential danger. They will call the police when they notice Arabs acting strangely.

The Jerusalem municipality has, on its official website, suggested strongly that people who are praying in synagogues, even on the Sabbath, carry guns to defend themselves.