'Mad Max' Redux: I Respond to My Critics! 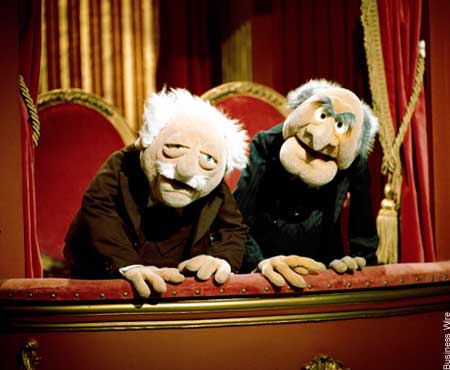 It was my understanding when I agreed to do a blog that all the commenters would agree with me and all the female commenters would be beautiful. Sadly, only the second of these has turned out to be the case. When, a day or so ago, I put up a post explaining that Mad Max: Fury Road was a not-very-good movie and had been greeted with ecstasy by critics because of its feminist bent, several benighted and also misguided souls took it upon themselves to contradict me. I know, right? Crazy! But there it is. So with the kindly thought that it might be instructive and improving to these lost lambs to learn how they are mistaken, I offer a few responses.

First, to those who made comments to the effect that I was “thinking too much” and “politicizing everything,” let me assure you that I was thinking only exactly as much as necessary and, in fact, politicizing nothing at all. My point was not that Mad Max was not very good because it was feminist. I enjoy fantasy pictures! My point was that the story was poorly constructed, the central character ill-drawn, the action repetitive and the resolution absurd — and that the critics have overlooked this for political reasons. It was they who were being political, not I.

Second, several commenters rejected my idea that outlooks that are dishonest in general may produce honest stories because stories are individual and specific. My point was that while it’s absurd to say, for instance, “American women are oppressed,” a specific American woman may well be oppressed (just ask my wife!), and if you told a good story about her your stupid feminist philosophy might produce something worthwhile in spite of itself. Socialism is despicable nonsense but Germinal is a great novel — and indeed, its searing honesty ends by exposing the horror of its socialist philosophy, for which Zola was roundly criticized by the left despite his socialist credentials.

Third, several people were upset that I called upon conservatives to stop wrinkling their righteous little noses over grown-up art that depicts grown-up things realistically — like people who curse and enjoy sex and gay people who are sympathetic and so on. (The commenter who complained that I didn’t support G-rated films wasn’t reading carefully. But family entertainment is not, in any case, in short supply.) But to those who, as one commenter put it, felt that “Klavan is saying we win the culture war with the left by giving them everything they want in the culture war,” let me ask you this: How’s YOUR approach working for you so far? In fact, I’m not suggesting you cede anything at all to the left. I am suggesting you grant to liberty-loving artists the right to depict reality as it is, not always as you would have it be. Otherwise, you reduce conservative culture to the stature of Statler and Waldorf, when what we need is to reclaim the creative tools that forge the conscience of the race.

And finally, in comments and emails and tweets, several people have pointed out to me that two fine conservative critics, John Nolte and R.J. Moeller, liked the movie very much. Let me say that both of these men are good friends of mine. We have broken bread together. They have been in my house. I know them well, and I can tell you from personal experience that they’re completely mistaken.

All right, it’s possible that last paragraph was a joke.