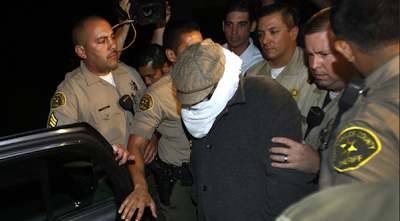 Holy smokes! I guess we’ll soon see California police hustling Harvey Weinstein out of his house with a towel wrapped around his head while IRS agents trail in his wake. Isn’t that how the Obama administration treats people who make movies with different political points of view from theirs? Well then, watch out, because with the dystopian young adult story The Giver, produced by the Weinstein Company, our Harvey has decided to go the full Limbaugh.

Actually, if Rush saw this picture, he might give Harvey a call and tell him to dial it back a little. “Harve, baby, sweetheart, I get it: with Obama in office, we can all see that the left wing policies you’ve been supporting most of your life are driving the world into chaos and our nation into the grave. But that’s no reason to be so… conservative! Take a tip from your old Uncle Rush and try to stick to the middle of the road a little bit. Listen to my show and learn some moderation, know what I’m saying?”

Seriously, The Giver as filmed is a virtual diatribe against 1) equality, 2) abortion and 3) atheism — with a knock at climate regulation thrown in. No wonder it gets a low-ish 31% from reviewers on Rotten Tomatoes while human beings give it a sturdy 71%.

I have to admit I’ve never read the beloved novel — though I feel like I have since I heard my wife reading it to the kids many years ago. I know author Lois Lowry identifies herself as a life-long Democrat, but I’m assuming she’s just afraid of the whole towel-on-the-head police raid thing. Clearly, she believes that a perfected world is a dead one and that hunger, war and inequality are directly linked to the beauty, love, faith and humanity that make life worth living. In other words, she’s a modern American conservative! In any case, the movie is the answer to John Lennon’s idiot song “Imagine.” It does imagine, and the picture ain’t pretty.

Is it a good movie? Yeah. Good, not great. 71% is just about right. It’s engrossing, entertaining, thought-provoking and occasionally moving. It’s not a rich emotional experience and doesn’t earn the reactions it wants from us. Plus it’s sort of beat-by-beat predictable. But it tells a good story and has excellent values. In fact, it’s values are so good, one can only hope the people who made it will be arrested, audited and hounded into silence ASAP. This is America, after all!